"I was just trying to save everyone."

That was what a crying Natalie Jane Bracken told a detective shortly after she was arrested the day after unarmed constables Matthew Hunt and David Goldfinch were gunned down by co-defendant Eli Epiha.

Epiha, 25, has pleaded guilty to Hunt's murder but not guilty to an attempted murder charge involving Goldfinch, who was hit by four bullets from his military-style semi-automatic rifle. Bracken, who drove him away from the West Auckland neighbourhood where the shooting rampage occurred, is charged with being an accessory after the fact to murder.

Most of the trial at the High Court at Auckland over the past week and a half has focused on Epiha's actions on June 19, 2020. But Crown prosecutors finished presenting evidence soon after playing Bracken's nearly two-hour interview with police.

"That guy, I don't even know him," Bracken told police of her co-defendant.

Bracken, 31, looked away from jurors and into her lap, her hair covering her face as she sat in the dock next to Epiha while a recording of her police interview was played in court.

She told police in the interview that she started the previous day with tea and a cigarette at a neighbour's home on Reynella Drive, where the shootings occurred.

"We heard the gun and the lady screaming," Bracken said, referring to the wife of a bystander who was hit by Epiha's car as he crashed while fleeing police moments before the shooting. "I thought somebody was getting a hiding." 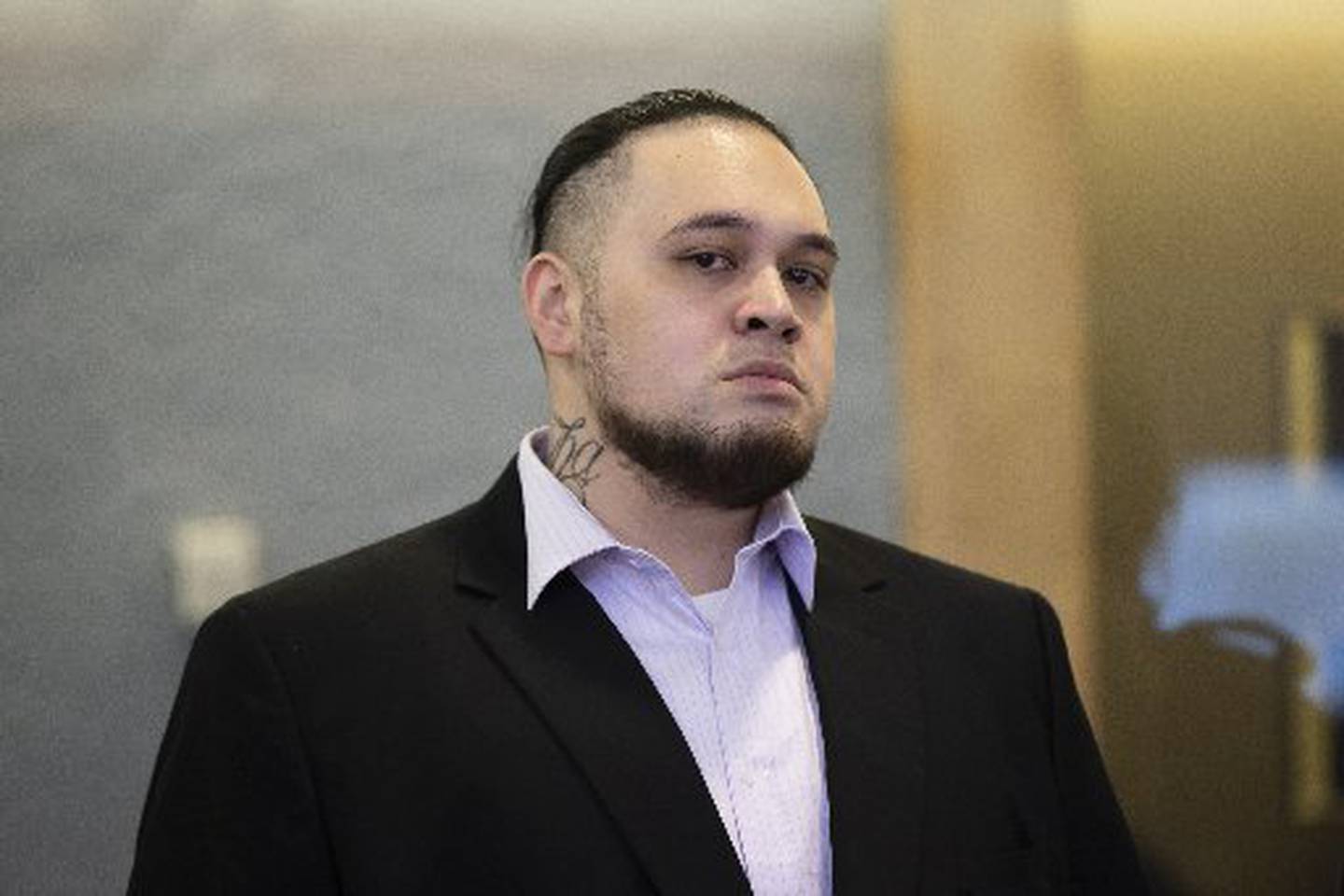 Bracken said she went out the gate of the home she was visiting and "went to have a look".

"He had the black bag and just the gun. It looked like a big machine gun," she told the detective, explaining that she saw the gunman leaning over a car shooting at a police officer — previous testimony suggests it was Goldfinch — with the gun in one hand. "I didn't ever know why he was shooting at him.

"There was just heaps of big bangs."

Bracken said she ran to briefly help the bystander who was hit by the car. A statement read in court from the man backs up the defendant's recollection. She could still hear gunshots as she was doing so, she said.

When she next looked up, she said, a man matching the description of Hunt had been shot at as well.

"I seen the guy walk up to him afterwards and then shoot him again while he was on the ground," she said, estimating that Hunt was shot twice more after falling. The gunman, she said, then "turned around and he started shooting at the other cop that was running". 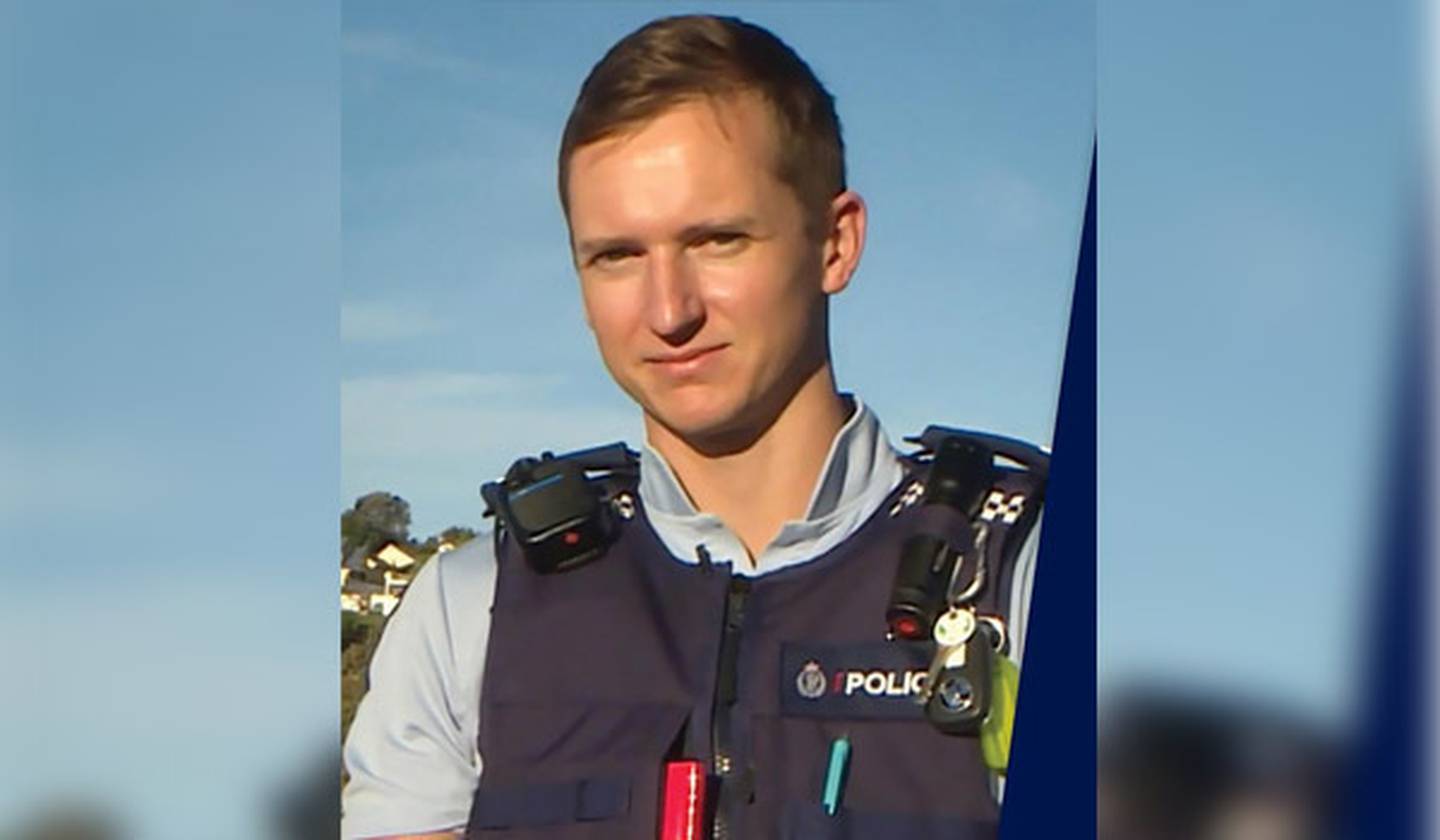 After the second officer ran away, the gunman pointed the gun in the general direction of her and two others who lived at her ex-boyfriend's house, where she had spent the night.

"He's pointing it [the gun] at all of us," she told the detective, crying again. "He just shot at the cops. Why would he not shoot at us? What can I do?"

Bracken said she agreed to take him after realising a nearby car had keys inside it.

He got in, with the gun in his lap, and she followed, despite being shoeless and without her phone, she said.

"Drive! Drive! I just killed a cop!" she recalled him shouting at her.

"I drove. I was only with him for like 10 minutes. I thought he was going to shoot — he could have shot any of us."

During the car ride, she said her passenger made several calls, apologising to family and friends for messing up and telling them he was about to do a long stretch in prison.

"Hey, I love you, my brother," Bracken recalled him saying on one call. "I'm gone. I'm off. I'm going away for a long time."

Bracken didn't know what to do, she repeated four times in a row at one point in the police interview before adding: "That's why I didn't come to the police earlier."

With the prosecution's case now over, lawyers for Epiha and Bracken will now have an opportunity to call witnesses for the defence.