At least eight bronze plaques from plots in the RSA section of Kaiapoi Cemetery, about 17km north of Christchurch, were looted earlier this week in an incident described by locals as "disgusting" and "lower than low".

The thefts come after staff and contractors from the Waimakariri District Council were initially left "disappointed": to find damage to burial grass areas twice over the past week in the cemetery.

That damage was caused by vehicles hooning around grass areas neighbouring gravesites – in the process ignoring signs that state: "Vehicles please keep off grass. Please show due respect".

"The damage was caused by vehicles doing burnouts on grass areas within metres of burial plots, with further surface damage to the chip seal access road," a social media post from the Waimakariri District Council stated.

"Sadly, the grass damage was followed by the theft of at least 8 bronze plaques from the RSA plots. Council staff are working with Kaiapoi RSA to contact family and work through a resolution. 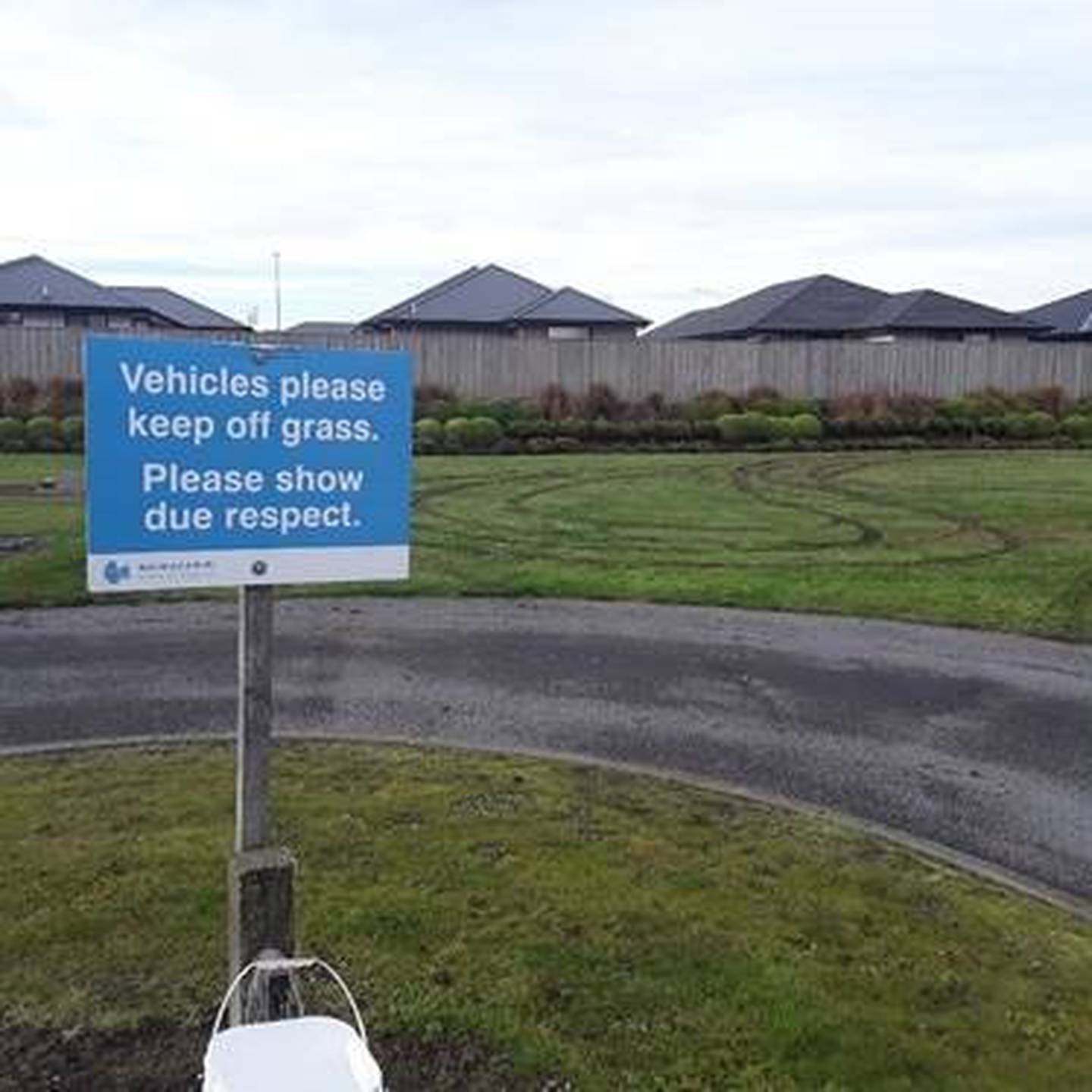 "All incidents have been reported to Police and the public are asked if they have any further information or see any suspicious behaviour to report this to Police."

Both incidents have led to an outcry of anger from respondents to the Waimakariri District Council's post.

One person wrote: "That's disgusting, can't believe some people can be so disrespectful."

Another wrote: "Lower than low, no respect for yourself or any families." The theft of bronze plaques from an RSA section of the Kaiapoi Cemetery has led to local outrage. (Photo / Waimakariri District Council)

One other resident called on the culprits to be publicly outed, if caught, writing: "Name and shame the lowlife when caught."

Numerous Kaiapoi locals also called for greater video surveillance in the area of the cemetery.

Those views were shared by people who had loved ones buried in the cemetery.

One person wrote: " ... people are disgusting, we have family buried there as do many others!!! We laid them there to rest, only for them to have burnouts done on top????"

Those responsible were also described as "low lifes".