Deputy Prime Minister Winston Peters has cast the future of light rail into further doubt just hours after his fellow Cabinet minister said the Government was "highly motivated" to progress the project.

The project – which was one of Labour's flagship 2017 election policies – has been plagued with delays and much remains uncertain.

Pressed on what was going on with the $6 billion project this morning, Transport Minister Phil Twyford sounded upbeat.

He said the Government was "highly motivated" to progress the project and the decision on a delivery partner was moving through the Cabinet process.

"With Cabinet processes it's never a good idea to put an exact timeframe on [the decision] in terms of days or weeks – but soon."

It was not long, however, until Twyford's Cabinet colleague, New Zealand First leader Winston Peters, had undermined that position.

"It's not going to happen in the immediate term," Peters said on his way into the House this afternoon.

He said light rail was a plan which has had its costs blown out massively.

"We've always been for heavy rail around this country. Our programme is on target, as you know, and light rail has been suspended in terms of planning for the immediate future."

Some $1.2 billion was earmarked for rail in the Budget, on top of the $3.4 billion the Government has already allocated to heavy rail since 2017.

Meanwhile, the $6 billion light rail project is on hold as the Government turns all its focus towards the Covid-19 response. 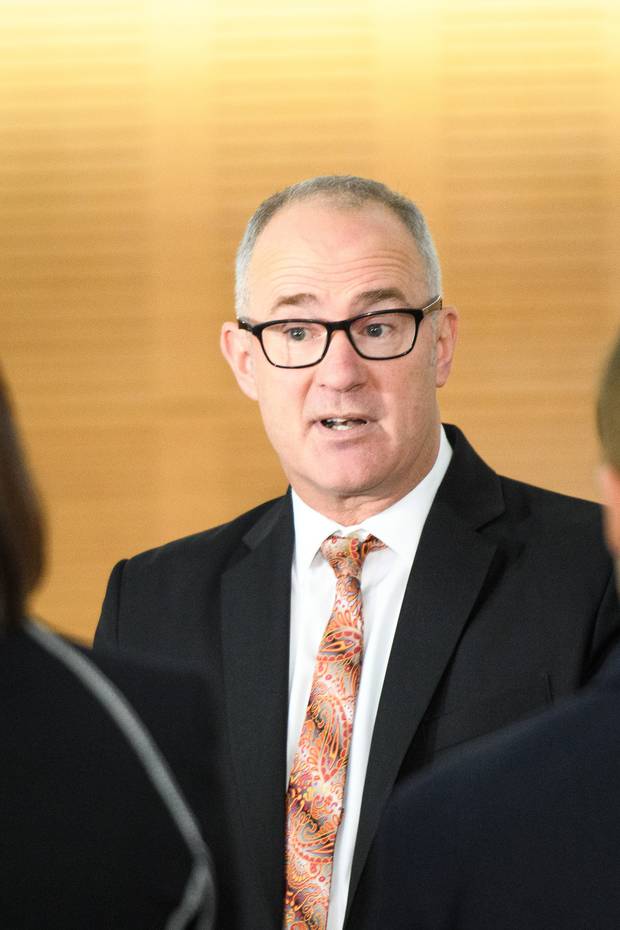 This month, Twyford's office confirmed that a funding decision for modern-day trams was "on pause at the moment" because a decision on which delivery partner the Government worked with was on hold.

The project is worth $6 billion but has so far made slow progress as bureaucrats grapple with one of the biggest projects in New Zealand's history.

Official papers and a statement from the NZ Transport Agency previously showed the task was more difficult than the Labour politicians envisaged, with a business case for the CBD to airport line still being worked on months after it was due in December 2018.

Since then there has been ongoing back-and-forth about who will build the scheme, with NZTA and NZ Infra the two bidders.

An analysis of both bids has been completed, but the winner is yet to be decided.