A tent went up in flames and black plumes of smoke billowed as hundreds of police officers swarmed the occupation to clear the area yesterday.

Footage shows several protesters then started throwing wooden pallets, tents and chairs onto the fire to fan the flames.

Protesters have claimed police started the fire by knocking over a generator.

However, footage shows the police line was at least five metres from the blaze when it began.

Police said yesterday that the protesters had "deliberately" started the fire.

The footage shows fellow protesters criticising those throwing items onto the fire to keep it going.

In different areas on the grounds, some were seen lighting a wooden pallet by a tree on fire and another was spreading fire to a tent from a smaller blaze. 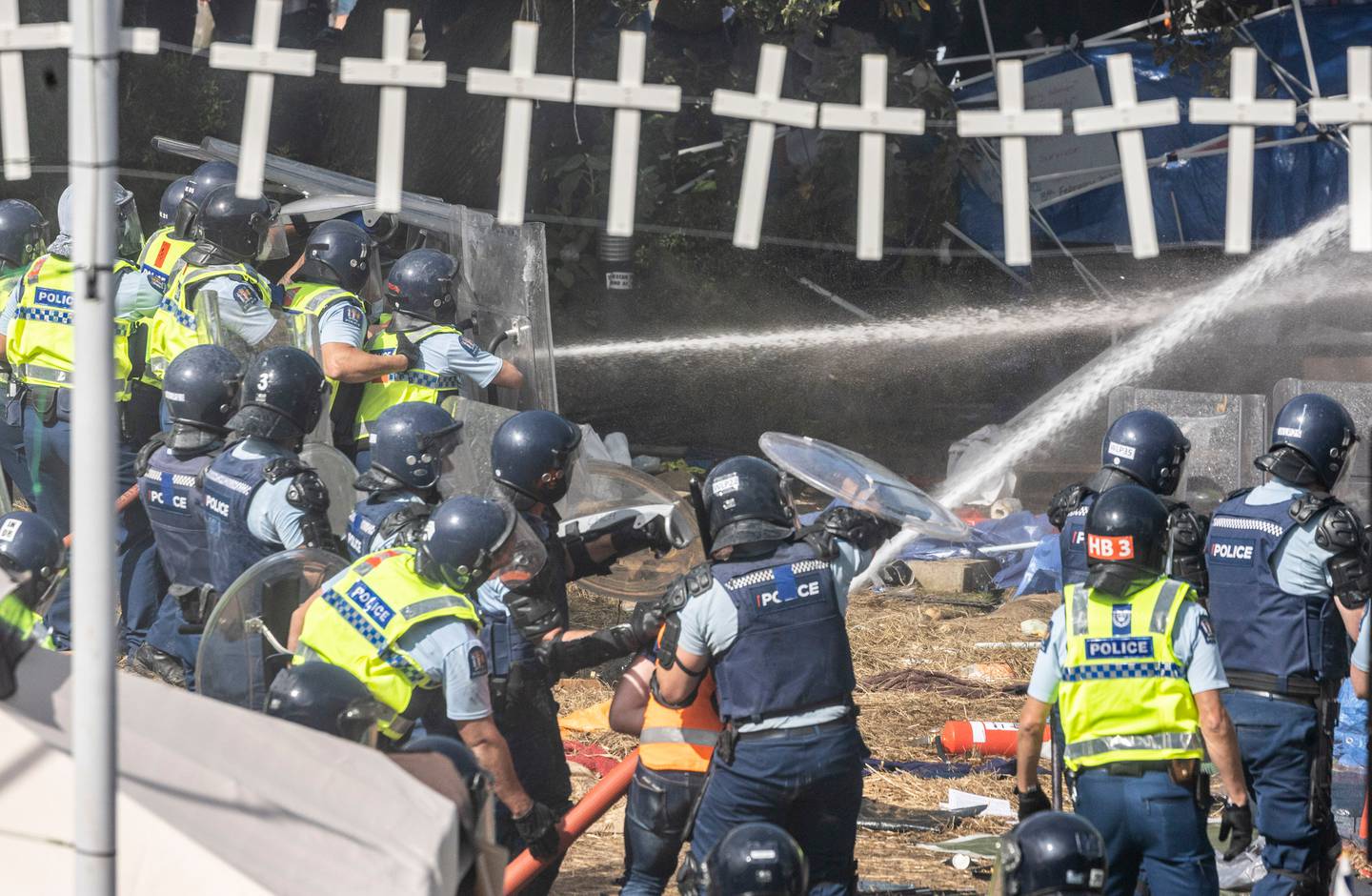 Police helping to put out the blaze. Photo / Mike Scott

There were also reports that a woman implored people nearby to give her a lighter so she could torch a tent.

A video of the protestors starting the fire, just to put Chantelle Baker’s lie that “the police knocked over a generator” to bed. pic.twitter.com/cd9aw6ggbo

A total of 87 people were arrested for a range of offences including trespass, possession of restricted weapons and wilful damage yesterday.

Police Association president Chris Cahill this morning told the AM show an underbelly in the protest was there for a fight and they had their moment yesterday.

"Overall, we were pretty lucky given what we saw yesterday that there wasn't some very serious injuries." 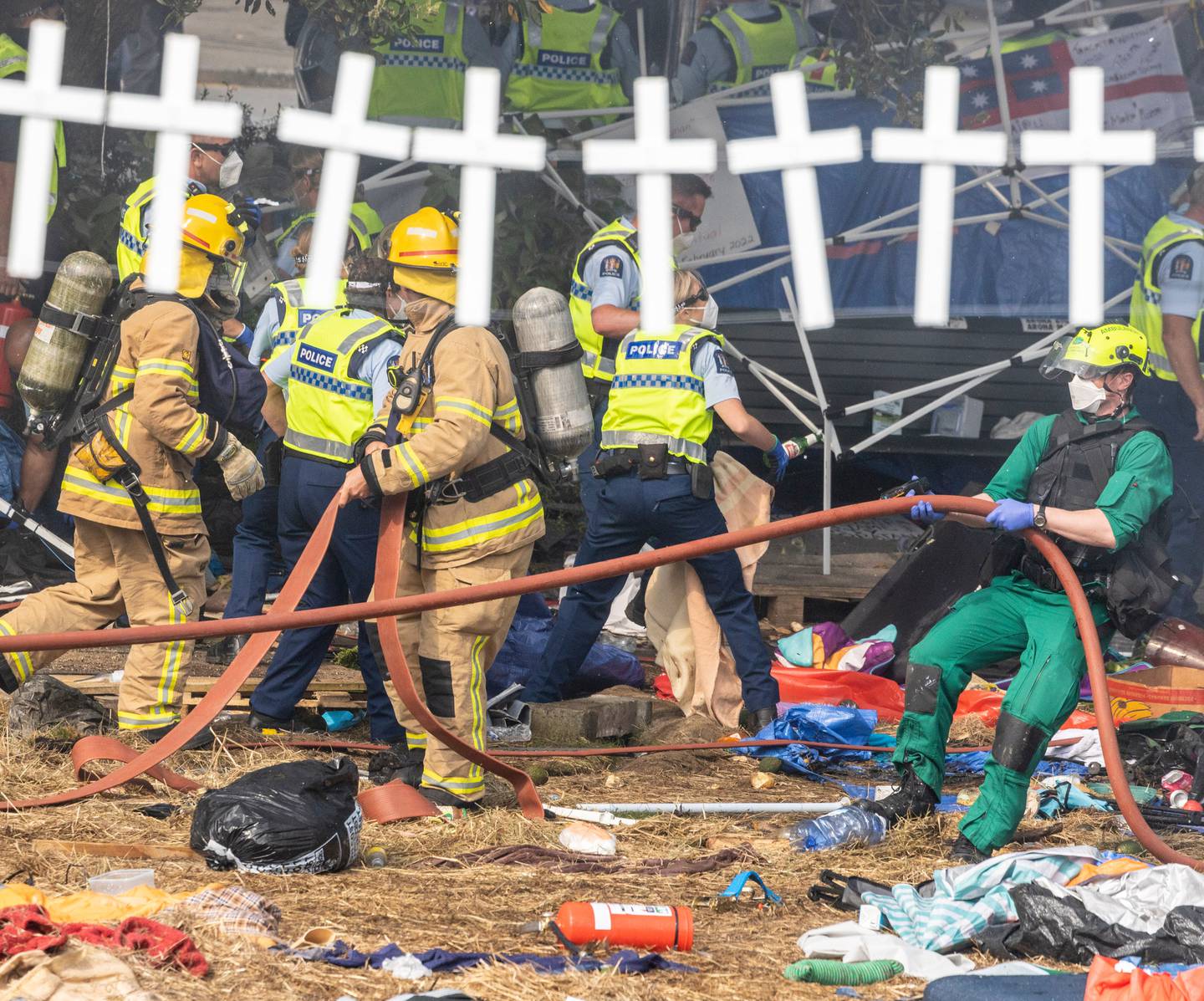 Prime Minister Jacinda Ardern said she was "angry and deeply saddened" by the "desecration" of Parliament grounds by protesters.

Asked to reflect on the aftermath of the protest just behind him, Wellington's mayor Andy Foster told TVNZ's Breakfast: "It's a mess".

He said they were now putting together a package to encourage people to come back and visit local businesses.

Earlier, Police Commissioner Andrew Coster told Newstalk ZB's Mike Hosking police had tried to work with protest organisers but a lack of leadership and cohesion made this impossible.

"We were left with no option to do what we did yesterday to restore the site."

"I'm pleased that we've got to here. I never wanted it to end like that, but we did what we had to do."