Twelve people - including two children with Covid-19 symptoms - were involved in three managed isolation and quarantine breaches at an Auckland hotel at the weekend.

All 12 are now awaiting the results of a 48-hour post-breach swab and will remain isolated until they receive a negative test result.

"The actions of all involved are incredibly disappointing," King said.

"All are now in isolation and all are undergoing further tests. Their stay will be extended should anyone test positive."

Those involved in the breaches had arrived in New Zealand from Samoa on June 11. None were Recognised Seasonal Employer workers, and all had been placed in the Crowne Plaza Auckland for their period in MIQ.

The breaches occurred over a one-hour period on Sunday night.

King confirmed the first involved "two young children" who both sat and ran around a hotel corridor for about 45 minutes.

While they were wearing masks, King said: "The young returnees are currently symptomatic cases and were supposed to be in isolation."

While they were outside their rooms, a returnee from another room (who was involved in a further breach that night) stopped by them for about 15 minutes.

"The second breach involved one returnee who left their room and entered another room," King said.

MIQ has been told the other room was occupied by their cousin.

"They were in the room for around 20 minutes. No masks were worn," King said.

The third breach involved four returnees sitting in a hallway, talking within close proximity of each other without masks for more than 15 minutes.

"They were warned to return to their rooms immediately and not enter hallway without masks at any time," King said.

"They were then seen back in the hallway again at which point the facility manager and on-site police and translator re-educated them. They were given a warning by police."

All the breaches had been caught on CCTV.

King said all the arrivals from Samoa had been given the option of receiving an MIQ welcome pack written in Samoan.

On Wednesday, a Samoan interpreter spoke to those staying in each room to reiterate MIQ regulations.

A source earlier told the Herald the incident happened over the weekend and that such breaches - when passengers enter each others' rooms - were not unusual in managed isolation.

However, this was the biggest bubble breach in MIQ yet, the person said.

The only positive was that the returnees had come from a country that has not had Covid transmission in the community.

But had they invited at least one person from a high-risk Covid country to the gathering, it would have changed the situation, the source said. 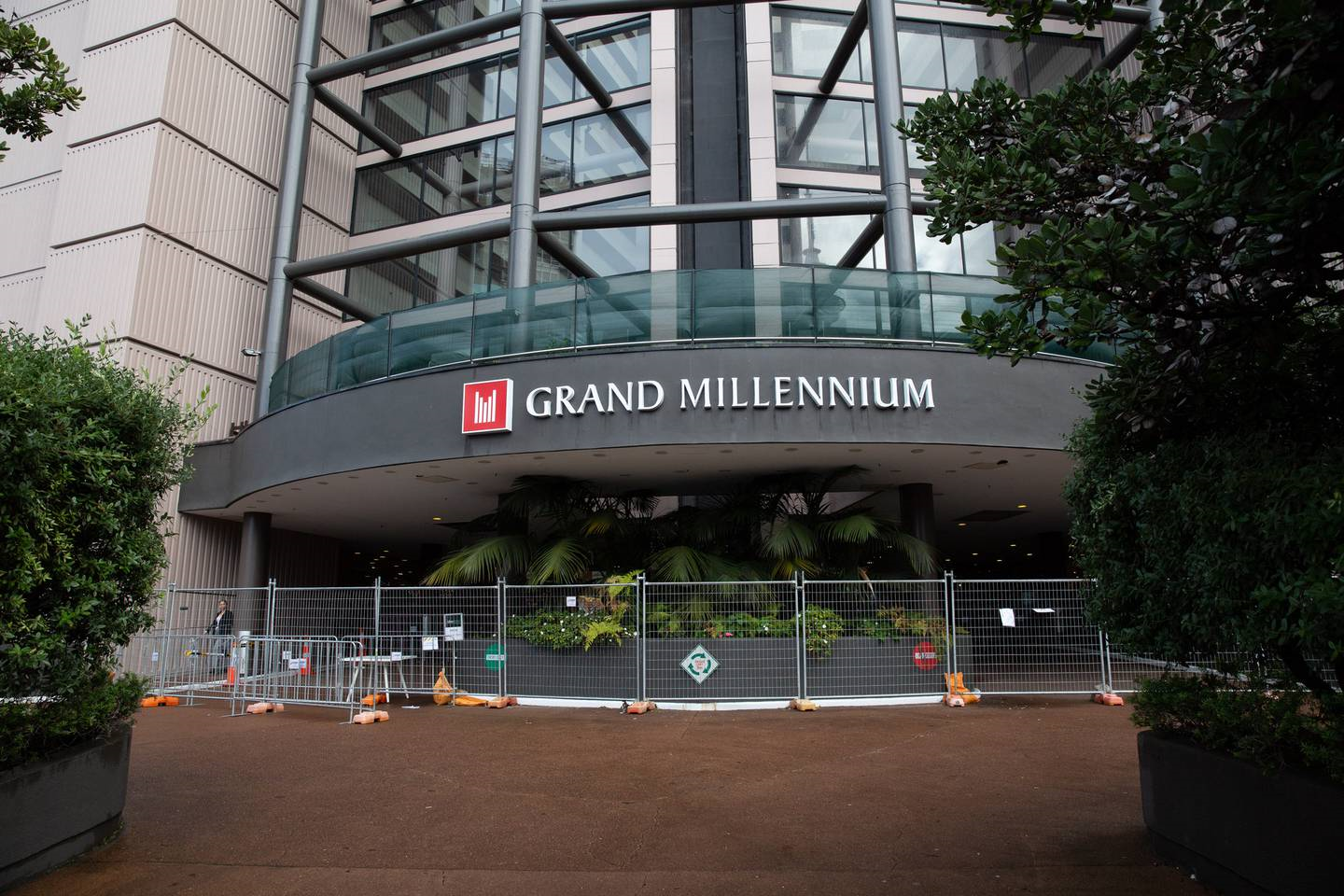 In January, a staffer at the Grand Millennium in Auckland was sacked after a 20-minute encounter with a returnee. (Photo / Sylvie Whinray)

The trio of breaches comes after a number of other incidents in managed isolation facilities around the country; including a worker who was sacked after a bedroom encounter with a returnee at the Grand Millennium Hotel in Auckland.

The forbidden hotel liaison, on January 7, was not made known publicly until a few weeks later.

Then MIQ head Brigadier Jim Bliss described it at the time as "incredibly irresponsible and extremely disappointing".

Both the hotel worker and the returnee tested negative for Covid-19 before and after the encounter.