The single-dose Janssen Covid vaccine has been approved for those aged 18 and older in New Zealand.

He described the Janssen vaccine as a "very safe and very effective" vaccine, but the plan remained to "ramp up and roll out" the Pfizer vaccine.

"It just provides us with flexibility."

Hipkins said the Government had yet to decide when the new vaccine would be made available to New Zealanders.

Hipkins said the Astrazeneca vaccine was another option that was part of the portfolio New Zealand was paying for and many of those would be donated to other countries, particularly the Pacific.

"Our expectation is our DHBs will be rolling out the vaccine as part of a nationally consistent plan," Hipkins said.

New Zealand had secured 2 million does of the Janssen vaccine through an advance purchase last year.

"We purchased a portfolio of vaccine options to provide us with flexibility, and the approval of a second Covid-19 vaccine is welcome news."

Hipkins said Cabinet would decide in August what the best use for the vaccines were.

"While our plan remains to ramp up the roll-out using the Pfizer vaccine from here, having the option of the Janssen vaccine increases our choices and provides us with flexibility if we need it.

"As a single dose vaccine, it may be useful in hard to reach locations or emergencies, or for those who cannot get the Pfizer vaccine."

Hipkins said New Zealand had secured enough doses of the Pfizer vaccine for the population of New Zealand and our Pacific neighbours in 2021.

Meanwhile 500,000 Kiwis have now received both jabs and are fully vaccinated against Covid.

A total of 1.2 million doses have been administered.

There are three new Covid cases to report in managed isolation today.

In relation to the two Covid-infected mariners on a ship off Taranaki, all three close contacts had been fully vaccinated.

They are a bus driver, a port pilot and a Customs officer.

"All three were wearing PPE when they interacted with the mariners. The bus driver wore a N95 mask for the entire journey. The bus driver has gone to an Auckland quarantine facility and the port pilot and customs officer are self-isolating. They are being tested today."

Urgent whole genome sequencing is underway to determine the variant the mariners have.
The trio were now in MIQ, director general of health Dr Ashley Bloomfield said.

The mariners had arrived aboard a red flight, which means everyone on that flight is in managed isolation for the next 14 days.

Everyone else on the mariners' flight tested negative for Covid-19, Bloomfield said.

"Everyone else on that flight have tested negative and will continue to have routine day 5 and day 12 tests.

"The remaining seven of the nine mariners have returned negative results and all mariners complied with full infection prevention control protocols – including wearing masks – during their transport from Auckland Airport to Port Taranaki."

The vessel they were on was heading back to the Port of Taranaki and all crew would be put into managed isolation.

"We continue to regard this as a low-risk situation," Bloomfield said.

Hipkins said there was robust measures in place to ensure a transit bubble for port workers.

"So we do have that extra layer of protection." 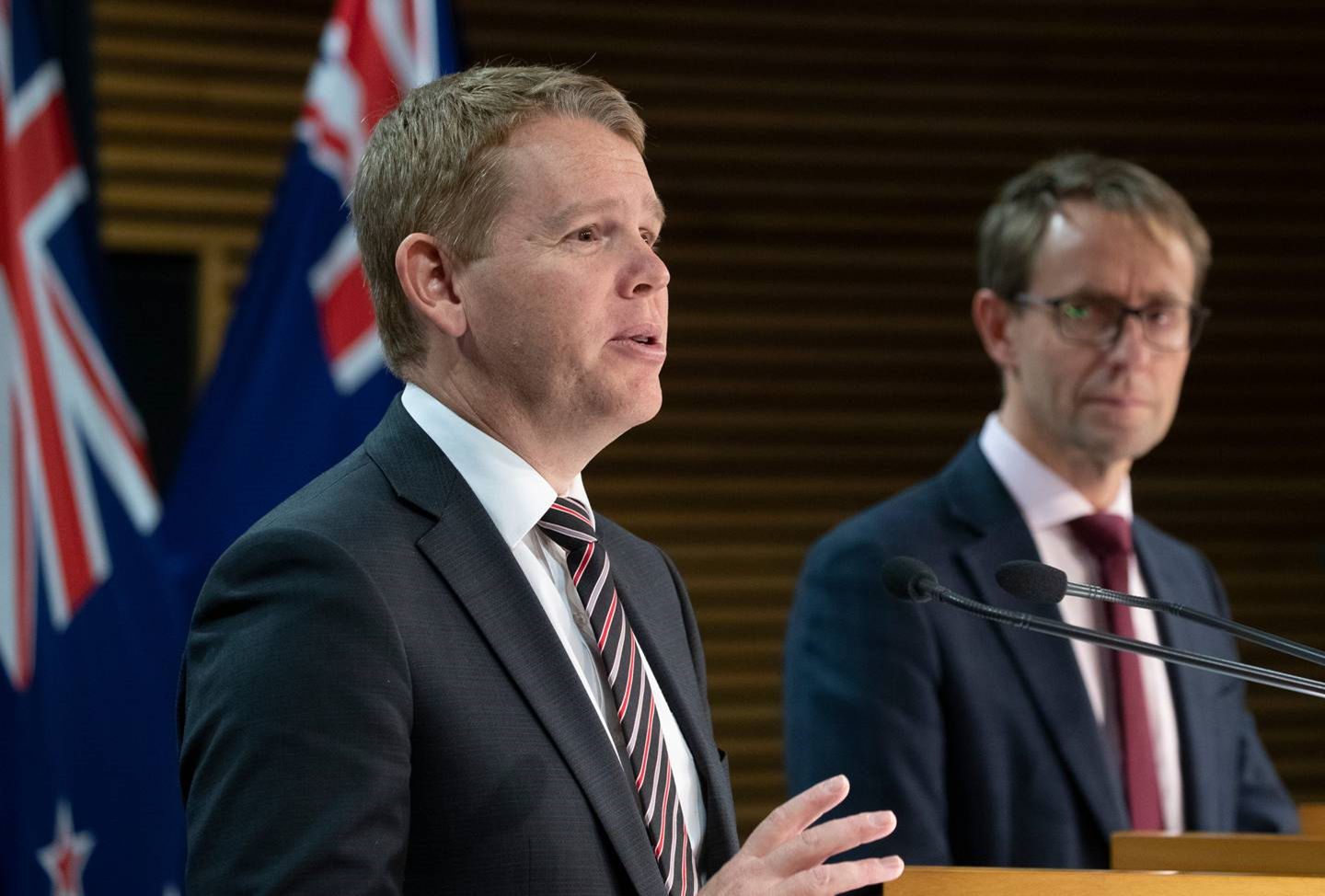 Meanwhile Sydney's lockdown has been extended for at least another week.

Bloomfield said "it was quite clear there had been quite a lot of spread".

"We like everyone will be watching very careful," Bloomfield said on the new variant in the UK.

Hipkins said he was in the process of reviewing 500 MIQ rooms left available to people travelling from Australia and would make an announcement next week.

"We are seeing 5 to 7 per cent of rooms where there is some disruption from measures that are beyond New Zealand's control due to last minute flight cancellations, he said.

"Bookings are very tight and demand is high."

In Parliament yesterday, Hipkins said 490,835 people were now fully vaccinated – about 46,290 more than the week before. Overall, 759,361 people had now been given a first dose.

The first batch of the one million doses of July vaccines was delivered on Sunday, two days earlier than expected.

The 150,000 vaccines were expected to be distributed around the country early this week. Earlier Hipkins had warned that supplies were "very tight" and the country was in danger of running out of vaccines by mid-week had further supplies not arrived.

There have been teething problems as the rollout expanded, including reports of elderly people struggling to get an appointment, and people who are not yet eligible being sent texts inviting them to book a vaccine.

There has also been scrutiny of the number of border-related workers not yet vaccinated, despite that area being a top priority.

The Government also announced it would expand the public health order requiring all MIQ workers and government border workers to be vaccinated to include those who did not work for the Government.

MedSafe is also due to make its decision on the Janssen vaccine. The Government has decided to use the Pfizer vaccines for New Zealand, but is keeping other vaccines on call as a backup and to dispense around the Pacific.

The Prime Minister has also come under questioning as other countries start to release "roadmaps" back to opening their borders to vaccinated travellers.

That includes Australia, whose vaccination rollout is moving at a similar pace to New Zealand's. Both countries aim to have completed vaccinating by the end of the year.

Other countries with high rates of vaccinated people, such as Canada, are moving to allow more quarantine-free travel. Ardern has said she will watch those countries "experimenting" with interest before deciding on New Zealand's actions – in particular whether vaccinated people are transmitting the disease.