Kiwi athletes in the US infected with Covid-19 say they're the "lucky ones" and are thankful to have each other as they battle the virus together.

Mitchell Small, Matthew Walsh and Murdoch McIntyre, who were fully vaccinated, are among a group of Kiwis in the US on track and field scholarships who have all tested positive for Covid-19.

Small and Walsh, both 22, said their symptoms included not being able to smell or taste - while 19-year-old McIntyre had been sleeping 16 hours a day.

"I would say it's like going 20 rounds with Mike Tyson," Small said.

The Kiwi group - also including Nick Moulai, Jacob Holmes and Taonga Mbambo - attend different universities across the States and met up with nine other friends at an Airbnb in Flagstaff, Arizona, for their summer break.

While there, six Kiwis in the group returned positive results for Covid-19.

"We're young, healthy athletes and this virus has taken quite a lot of wind out of our sails," McIntyre said.

The group had tried to return to New Zealand for the break, which lasts more than two months, but say they were unable to find rooms in MIQ.

"I'd definitely say it's quite daunting having it," Walsh said.

"You don't really know what is going to happen, so it is quite scary. But at the end of the day, although we are stuck over here, I think we're kind of lucky we have a big group of us around to support each other with it."

McIntyre, who has asthma, was worried about how the virus could affect his running.

"Coming from New Zealand, you don't really know anyone who has Covid and if you have, it's a rare thing. Coming here, you knew that it was out there but you never really think you're going to get it."

Small said being separated from friends and family while being having the virus was difficult and he hoped to be home for Christmas.

However, he wasn't confident he would be able to secure a spot in MIQ which appeared to be fully booked.

"Being in touch with people back home, it seems the situation around the isolation system isn't changing and us getting home is looking less and less likely which is pretty hard when you're 22 years old and want to see your parents and friends." 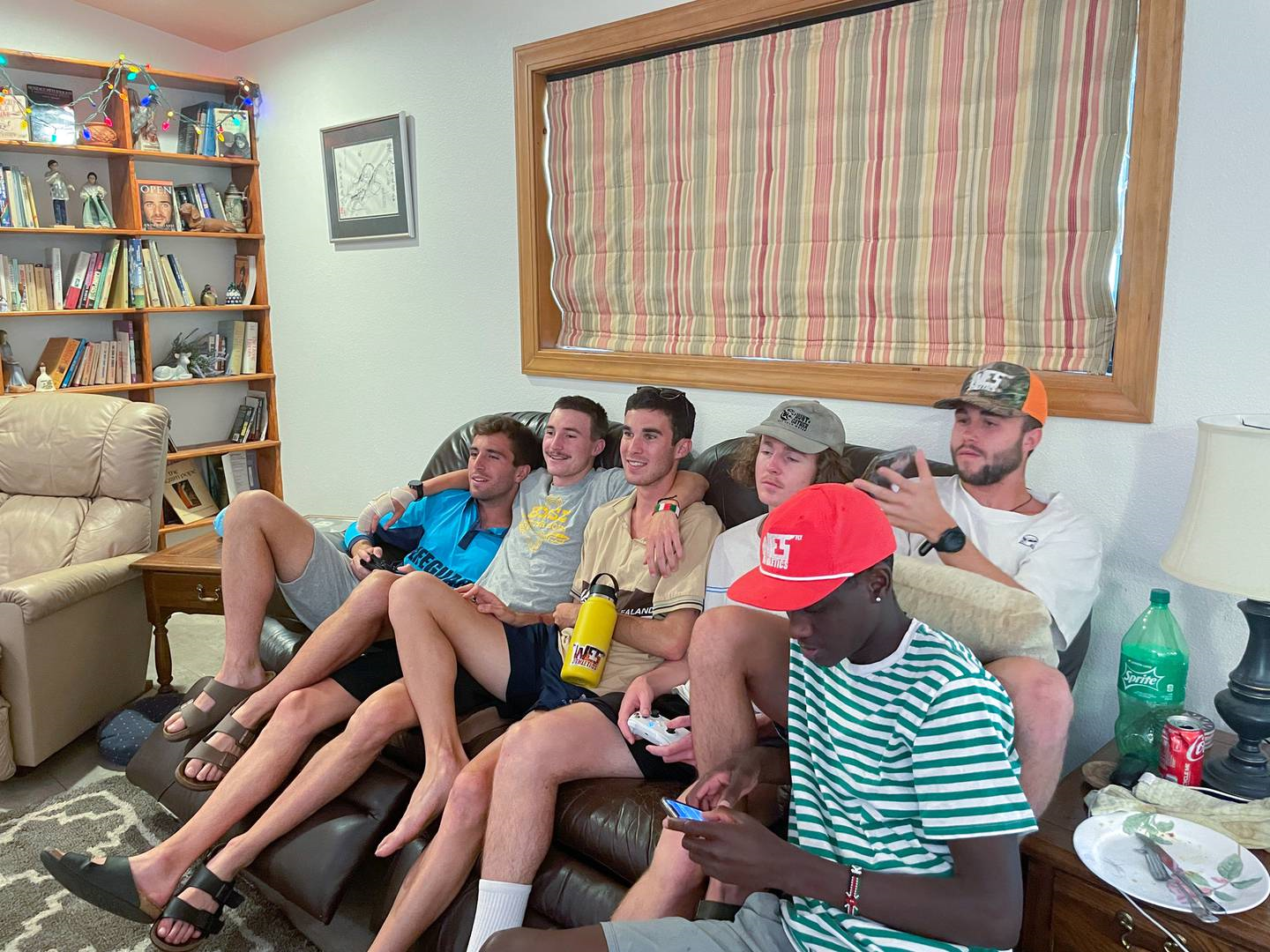 Six Kiwi men, all on track and field scholarships in the US, tested positive for Covid-19 while staying at an Airbnb in Arizona. (Photo / Supplied)

Walsh said it was also tough to be away from his family.

"Then again, we are the lucky ones, we have a few friends around to support us," he said.

"I know there will be some people out there, kids like us, who don't have any New Zealand mates over here, just stuck by themselves in similar situations, which I can imagine would be a lot worse."

The men thought they could have the Delta variant, and while that hasn't been confirmed epidemiologist Professor Michael Baker said it was a "reasonable assumption" to make.

The men had what was known as "breakthrough infections", meaning they were infected after being inoculated.

"This is quite a well-known phenomenon and it seems to be happening more to Delta variant."

The vaccine was good at stopping symptomatic illness but it wouldn't necessarily stop someone from getting infected and testing positive, he said.

"The evidence is, the vaccines are very good at stopping you getting serious illness and dying and the vaccine trials are all done on whether people get symptomatic illness or not. That's been the endpoint.

"The evidence is you're less likely to be infectious if you're vaccinated."