Most of the anti-vaccine mandate protesters staying at Catchpool Campsite in Remutaka Forrest park are leaving today, some returning home, the Department of Conservation says.

DoC closed the Catchpool campsite, about 34km east of Wellington, to visitors after about 70 anti-vaccine mandate protesters arrived there on Thursday evening.

Protesters who had been demonstrating at Parliament in Wellington were dispersed on Wednesday, following a police operation and a violent end to the 23-day occupation.

This morning a DoC spokeswoman said they understood the group at Catchpool campsite was moving on today.

"It's understood the majority, if not all, of the group at Catchpool Campsite, will move on today, some returning home," she said.

"DoC is monitoring the site and fees were collected from those camping last night." 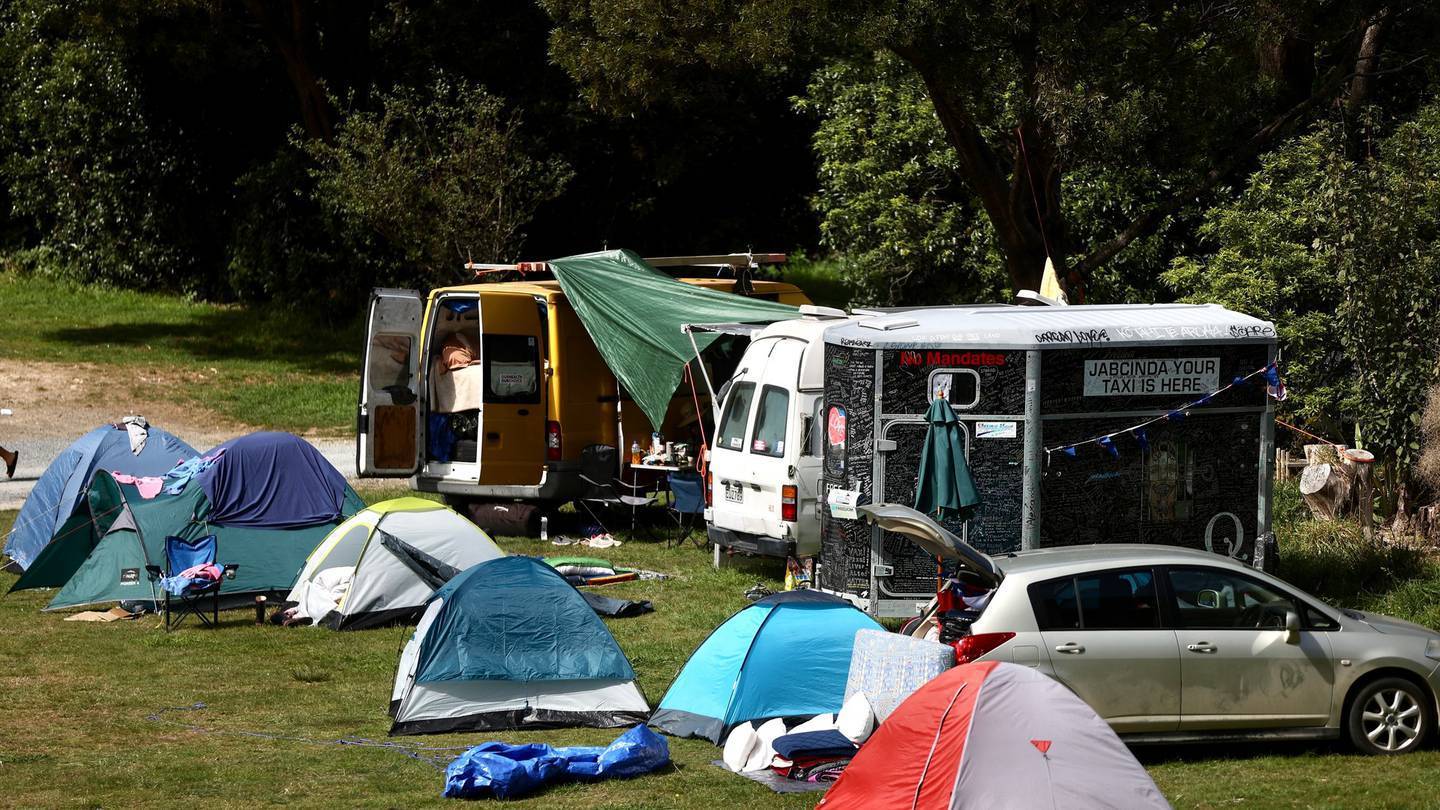 About 30 protesters had camped at the Remutaka Forest Park since Thursday. Photo / George Heard

She said the campsite remained closed to the public for now, though people could still access walking tracks and huts in the Orongorongo Valley.

"Once everyone has left, DoC will clean and then reopen the site. This will take a day or so," she said.

DoC said yesterday staff had been liaising with community leaders, who were encouraging and supporting people to return home from the campsite.

So far, the group had been well-behaved, respectful, and had paid campsite fees, she said.

There appeared to be about 30 people at the campsite yesterday, 10 tents and some vehicles with anti-vaccine messaging on them.

When media approached the area, the group acted in a hostile manner, some saying "you're not allowed here".

Police said there were still a small number of protest gatherings around the country, which they continued to actively monitor and manage as required.

This included several in the greater Wellington area who were displaced by last week's operation.

Residents repelled an attempt by some of the protesters moved on from Parliament grounds who then tried to occupy the Wainuiōmata Marae last Thursday.

A group ousted from central Wellington tried to rehome themselves elsewhere in the region and targeted the marae on Thursday evening.

But residents from the Lower Hutt community turned out in force, blocking the entrance to the site, putting up cones and even sitting in chairs across the driveway.

Meanwhile, a big clean-up job continues at Parliament after police cleared the grounds and surrounding areas of the protesters on Thursday.