There were over 42,000 vaccine doses given yesterday - the largest day yet, Covid-19 Response Minister Chris Hipkins said at a press conference this afternoon.

Bookings for the 55 and over age band would open on Friday.

There are no new community cases of Covid-19 and two in MIQ today. The two new MIQ cases are travellers from Ghana and Britain.

There are currently 29 active Covid-19 cases in New Zealand.

Health officials said contact tracing staff have also identified 2995 people who returned on managed flights from Victoria between 25 and 30 July and are required under a section 70 notice to isolate until a negative day 3 test.

Of those, 2611 have so far returned a negative test and the remainder were currently being assessed for follow-up.

As a result of Queensland's decision over the weekend to enter a three-day lockdown in parts of the state, contact tracing staff were reminding all travellers who had returned from the state to check locations of interest and monitor for any Covid symptoms.

The Mattina remained in quarantine at a secure berth in Bluff. As of Wednesday morning, 13 of the original 21 mariners remain on board the vessel.

Hipkins said the current international situation saw an increase of 20 per cent in cases over the last two weeks.

The pandemic "continued to rage", with Delta spreading to more and more countries.

Fiji was seeing cases accelerating - over 1000 cases a day over the past week.

The World Health Organisation continued to warn many people mistakenly believed the pandemic was coming to an end, Hipkins said. "It is not."

This underscored the importance of MIQ and New Zealand's border policies, Hipkins said.

It also meant New Zealand would continue to take a "staunch" approach at the border.

On MIQ issues and making the booking system fairer, joint head of MIQ Megan Main said 32 changes had been made in the past week.

They were looking at safely and fairly letting people know when bulk vouchers were going to be released.

As of Monday evening there had been 1.97m doses of the Pfizer vaccine administered across the country, including more than 750,000 people now fully vaccinated.

This comes after a mass vaccination event in Manukau, Auckland, over the weekend where more than 15,000 people received their first dose of the vaccine.

The rollout moved into Group 4, the general population, from last week with people aged over 60 now able to book a vaccination.

Anybody classed as in the other priority groups are still able to book a vaccination.

As the vaccination rollout continues to increase in numbers, concerns remain about its equity. 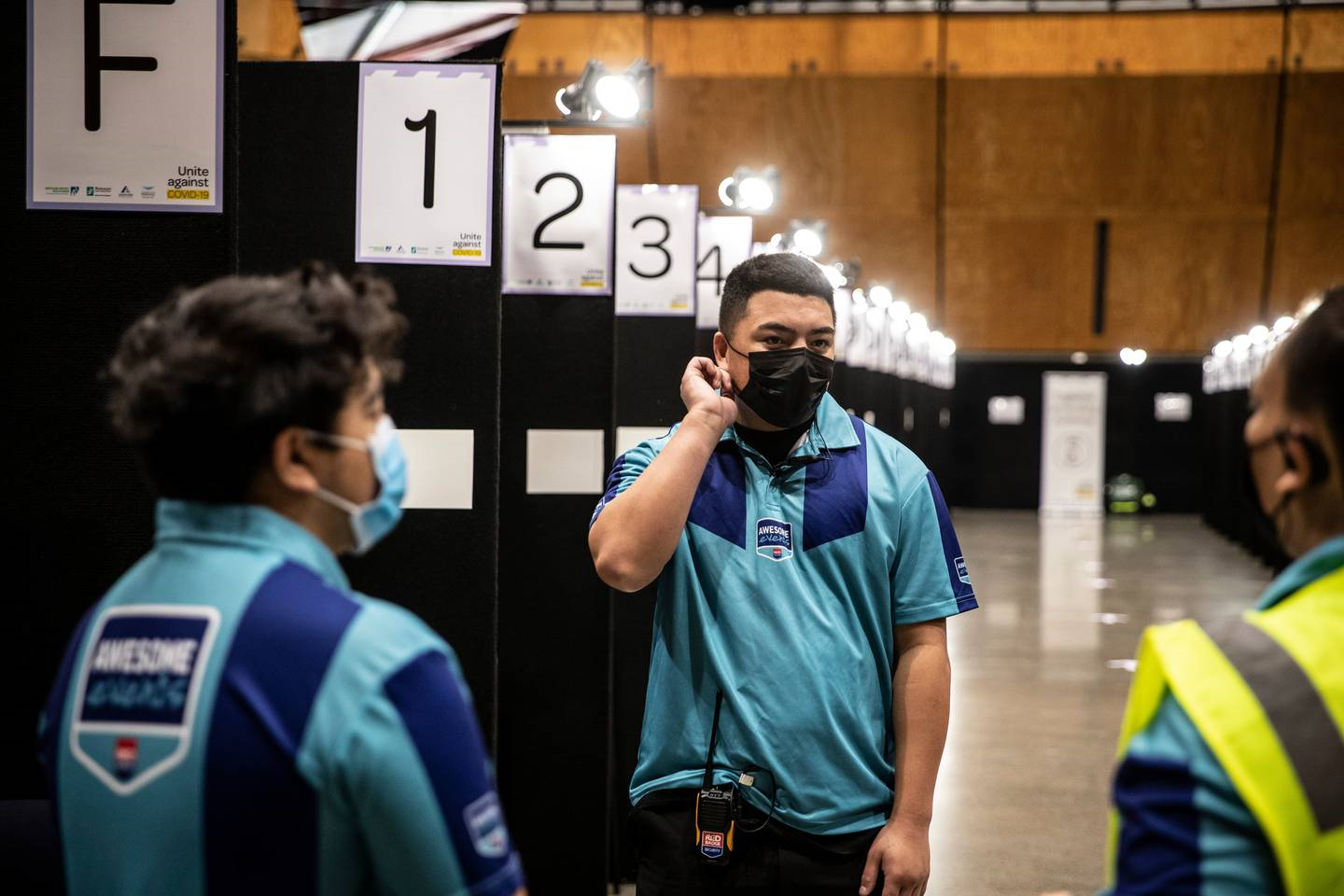 More than 15,000 people received their first dose of the vaccine at a mass three-day event at Manukau at the weekend.

The gap in rates between Māori and non-Māori continues to widen. As of last week 8.5 per cent Māori had been vaccinated.

The Government says this is because Māori have a lower life expectancy - seven years - and therefore there were less older Māori in the first priority groups.

It says the rates for Māori aged over 65 are about equal with non-Māori, however it has refused to release the data supporting the claim.

Health experts have slammed this justification as "racist and upholding privilege".

This, and evidence Māori were much more likely to catch Covid-19 and have more severe outcomes, were part of expert advice the Government rejected to give higher vaccine priority to Māori and Pacific peoples aged 50-64.