Authorities are considering putting the capital into lockdown after the man infected with the Delta strain of Covid-19 spent two-and-a-half days in Wellington doing "tourist things" before returning home to Sydney and testing positive.

Hipkins said the man had received one dose of the AstraZeneca vaccine and his partner, who he traveled with, is awaiting her Covid-19 test results.

It's not known whether she was also vaccinated.

"Everything is on the table," he said. 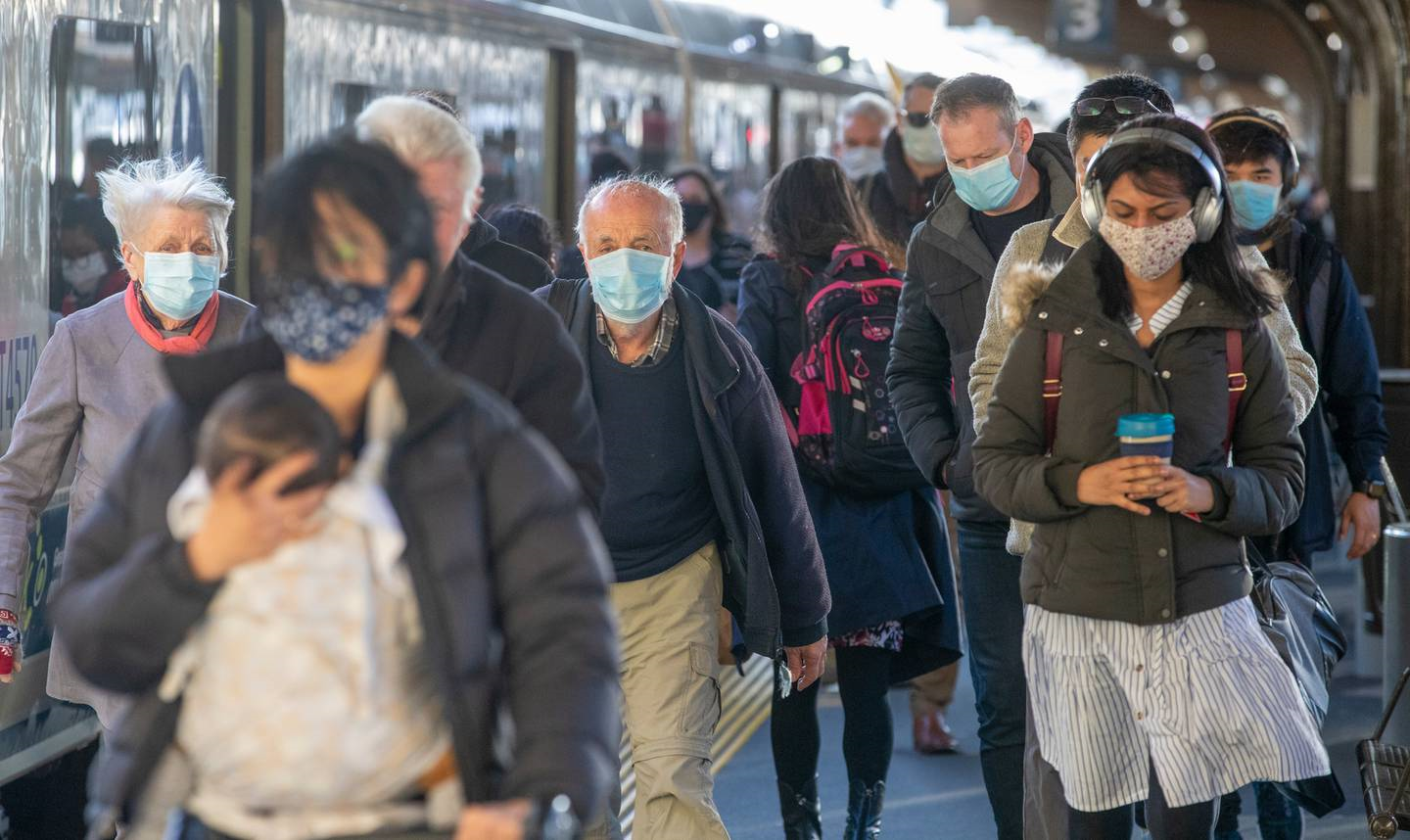 Fourteen potential exposure sites have so far been released. They are:

An Australian man infected with the Delta strain of Covid-19 spent two-and-a-half days in Wellington doing "tourist things" before returning home to Sydney and testing positive.

"We are assuming they were infectious in Wellington," he said.

Bloomfield said the man was doing "tourist things" while in the capital but the Ministry of Health was yet to contact the businesses and sites concerned ahead of informing the public of the locations of interest linked to the visit.

Bloomfield said there would be "quite a number of exposure sites".

At this stage, four close contacts have been identified and were now isolating, said a
spokesperson.

Based on the time of their symptom onset and CT score it was most likely the traveller contracted the virus in Sydney prior to their visit to New Zealand.

The capital is expected to have a number of potential exposure sites after the traveller flew in early last Saturday morning and returned to Sydney on Monday.

It comes as New South Wales Health last night issued a public health alert and declared all passengers on board the affected Qantas and Air New Zealand flights close contacts. They were all urged to get tested and isolate for 14 days.

The Australian health authority has initially limited the locations of interest to two flights, QF 163 that arrived in Wellington on June 19 at 12.12am and Air New Zealand flight NZ247 that departed on Monday at 10.13am.

It is not clear how many people were on board the flights.

Health Minister Andrew Little told TVNZ the man had identified four close contacts and they were still working out where he had visited.

"It was a pretty miserable weekend in Wellington last weekend so we are hoping he didn't go out too much."

New Zealand's health ministry contact tracing team had been in touch with the airlines about contacting passengers on these flights to provide advice.

People who had been at the as-yet-unnamed sites would need to isolate and should contact Healthline for further advice.

Calls for change in alert level in Wellington

Acknowledging the person could have been to numerous places in Wellington, he said it would be a big challenge to get under control.

He said the fact it had arrived in winter when people were indoors also increased the risk of it spreading.

"This is a reminder we need to upgrade our alert-level situation."

He said we should follow Australia's lead and make people in Wellington wear masks indoors and move to alert level 1.5.

"This what is happening in Australia at the moment. They are avoiding a lockdown by just implementing much wider use of masks. No one wants a stay at home order and we can avoid that sort of problem if we start recognising how this virus is transmitted, mainly indoors, mainly in aerosols."

However, he said that order needed to come from the Government, not him.

NSW Health has been notified of flights and venues of concern associated with confirmed cases of #COVID19. pic.twitter.com/OILyWdEOKb

Authorities would now be working intensely with the traveller to establish what their movements were.

"They probably weren't wearing masks, the contacts will be closer and they might have been at high-risk events. That's the unknown now.

"This is a more infectious variant. The risk is higher than usual. But we've got a good contact tracing system so hopefully that will be effective," he said.

It would be the first time the more infectious Delta variant had been circulating in New Zealand as a part of a community outbreak, he said.

He said there were still too many unknowns to work out just how risky this could be for New Zealand but he would hope there would be a lot more information, including the places of interest the person visited released today.

The Health Ministry spokesman said genome sequencing was now under way in Australia to see if the case was linked to the current outbreak in Sydney.

The public health alert comes as air travel between Sydney and New Zealand was paused at midnight.

New South Wales is in the grip of a fresh community surge, with 21 cases now linked to the Bondi outbreak of the highly infectious Delta variant.

Mary-Louise McLaws, professor of epidemiology at the University of New South Wales and an adviser to the World Health Organisation, told the ABC the variant means people become more infectious earlier than that of its virus predecessor.

"This variant of concern means that you can start to become more infectious to people earlier on, so we know that you're very infectious with any variant or wild strain at about day 5 when you become symptomatic but certainly from day 3 onwards you can of course still infect people," McLaws said.

"With this particular Delta it looks as if you are very much more infectious."

New interstate travel restrictions were imposed early this morning between Victoria and New South Wales, requiring permits and in some circumstances, quarantine.