Kiwis stuck overseas are fuming over the Government's announcement to cancel the latest round of MIQ spots and say there is no end date for when their nightmare will end and they will be allowed back into their country.

Dozens of travellers who had been relying on the Government to stay true to its promise of reopening the border to Australia from mid-January and to the rest of the world by mid-February have been contacting the Herald with accounts of being stuck in all corners of the world after the Government reneged on its promise due to the threat of Omicron.

They were dealt another blow last night when MBIE suddenly cancelled its planned MIQ room release today due to an "unprecedented number of Omicron cases" at the border.

The move was part of the Government's strategy to minimise the risk of Omicron in New Zealand as much as possible and no new release date has been given.

Since the Government reinstated its MIQ requirements in mid-December, only one of several scheduled MIQ room releases has gone ahead.

It's a trip Fraser wouldn't have made if she had any inkling the Prime Minister would change her mind about letting people self-isolate from home from February 13.

The 80-year-old had booked her return flight for February 16 – just three days after self-isolation was initially to be allowed.

She had planned for family to leave her car at the airport so she could drive home to Pukekohe and self-isolate there. They would also drop supplies off to her when needed.

Fraser has optimistically kept her flight, but has so far had no luck securing a spot in MIQ after being placed 3000 in a queue of 11,000 people in early January.

She now faces a long stay with her family in America where the temperatures are reaching -14C and felt let down by the Government.

"People took it as a promise. That's the crucial bit. A lot of us wouldn't have come – I wouldn't have come if she (Prime Minister) hadn't of said that because I didn't want to be faced with months in America. We took her for her word."

Jade Badcock has told her husband she will be home for Christmas – but at this stage the mum of a 13-year-old son isn't sure which year that will be.

The Wellington woman flew to the UK on December 9 to attend her father's funeral and had booked a return flight for February 14 with plans to self-isolate at home.

Her husband's mother died in August last year and he didn't want her to have to attend the funeral via a web link like him. And because the Government had said it was allowing self-isolation from February, he booked her a ticket. Jade Badcock says her life is in limbo until she can return from the UK. Photo / Supplied

However, after the Government's u-turn decision Badcock is now stuck in the UK staying with family members and unsure of when she can return.

An attempt to get an MIQ space in early January saw her placed 4300 in the queue for spaces in March and April.

"But, I'm really in limbo and I can't seek employment back in New Zealand because I can't provide certainty to employers about when I'll be physically available. I can, of course, work remotely, but the 13-hour time difference, and a competitive buoyant job market in Wellington makes this highly unlikely."

She would also have to forfeit responsibilities such as leading a Scout pack and miss key milestones like her son starting high school.

The Government's back-pedalling on decisions was unhelpful and unacceptable, she said.

"The message is you took a risk and now you can suffer the consequences. I doubt very many Kiwis left New Zealand just because they wanted a holiday."

Ally Fabish is desperate to return home from Scotland and had sold her house and quit her job in preparation to head home to New Zealand.

But with no joy getting an MIQ spot and the government changing the dates for home isolation, an emotional Fabish now has no idea what to do.

She is crying almost every day over the uncertainty. 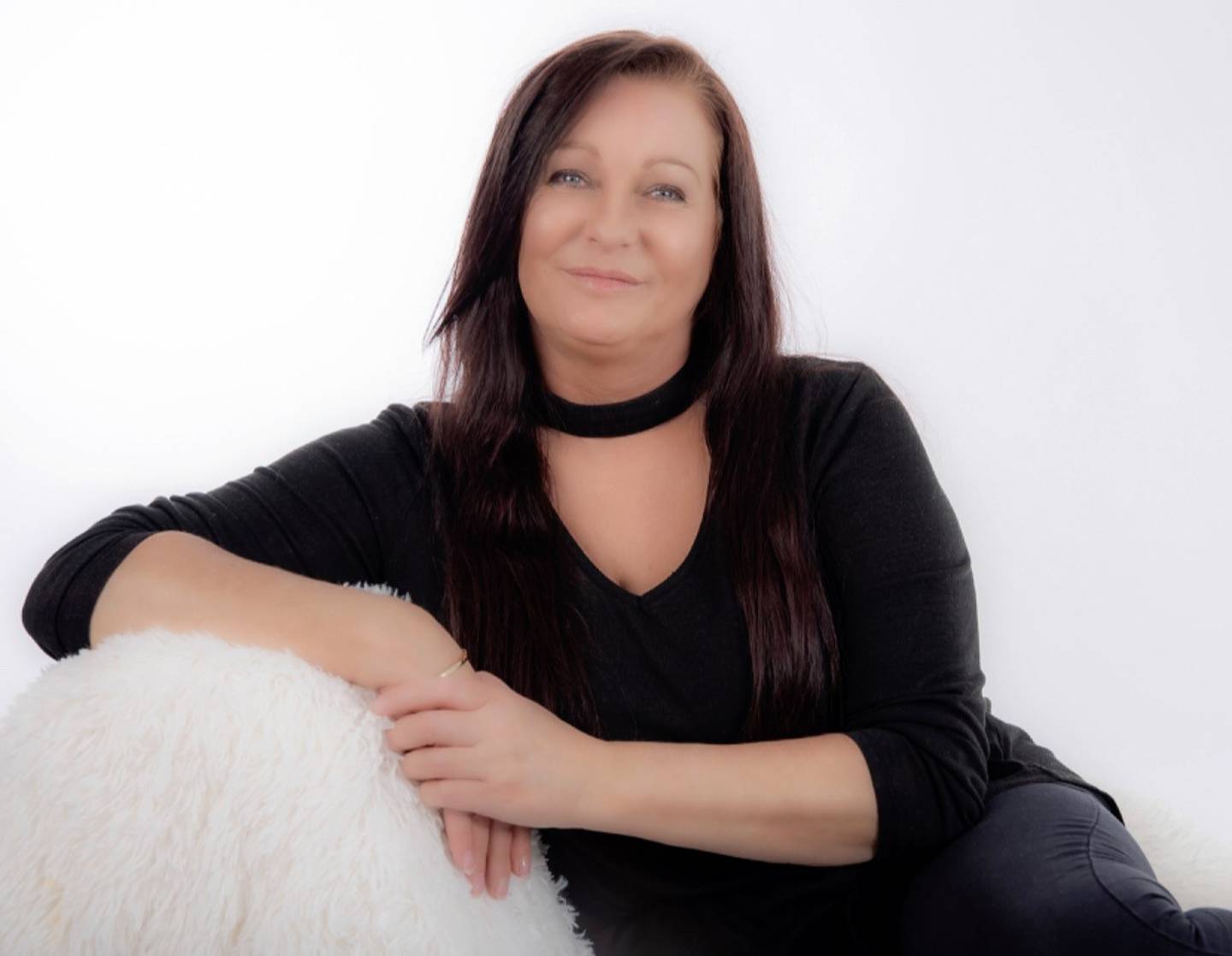 Ally Fabish sold her home and quit her job in Scotland to come back to New Zealand in February. Photo / Supplied

"I don't know what to do, I don't know how to get home and the only thing that's going to fix my mental health is my family."

Fabish was currently staying with a friend and at one point thought she might even have to fork out for a hotel or sleep in her car. At the last minute, another friend's nephew moved out and has been offered his room.

The 55-year-old had initially planned to return back to New Zealand before Covid, but a shock diagnosis forced her to take her house off the market and undergo surgeries and treatment for cancer.

While she was still having chemotherapy, her father's cancer got worse and he died, leaving her to say her final words to him over a video call.

Fabish said it has been a very lonely time having to attend appointments on her own due to Covid restrictions.

"I just didn't think my country would stop me coming in if I obeyed all the rules. I thought I would be flying home soon."

Fabish said due to having cancer she has had four doses of the vaccine and was prepared to stay in quarantine as long as needed. She just wanted to get her home to her family who were waiting for her to scatter their father's ashes.

Auckland grandma never expected to be stuck in Sydney

Barbara Comer was due to fly back to Auckland today, but is instead stuck in Sydney.

The grandmother arrived in November to support her sister with her terminally-ill brother in-law.

Her husband was due to join her in late December, but after the government postponed plans around self-isolation he cancelled his trip.

Comer said she wouldn't have minded staying another few months, but the hardest thing was not even having a date to work to.

"I never dreamed in a million years that Omicron would arrive three weeks after I did and change everything."

Comer said it was very hard being separated from her husband, children and grandchildren.

She took issue with the fact that Kiwis overseas were not even given a window of opportunity to get home before Omicron went crazy in Australia.

"But there was nothing – just your flight's cancelled and we've got no idea when you can come home."

Auckland man in the UK says he's been exiled from NZ

John Blair flew over on December 13 to see his adult children in London and celebrate his mother-in-law's birthday in the Channel Islands. 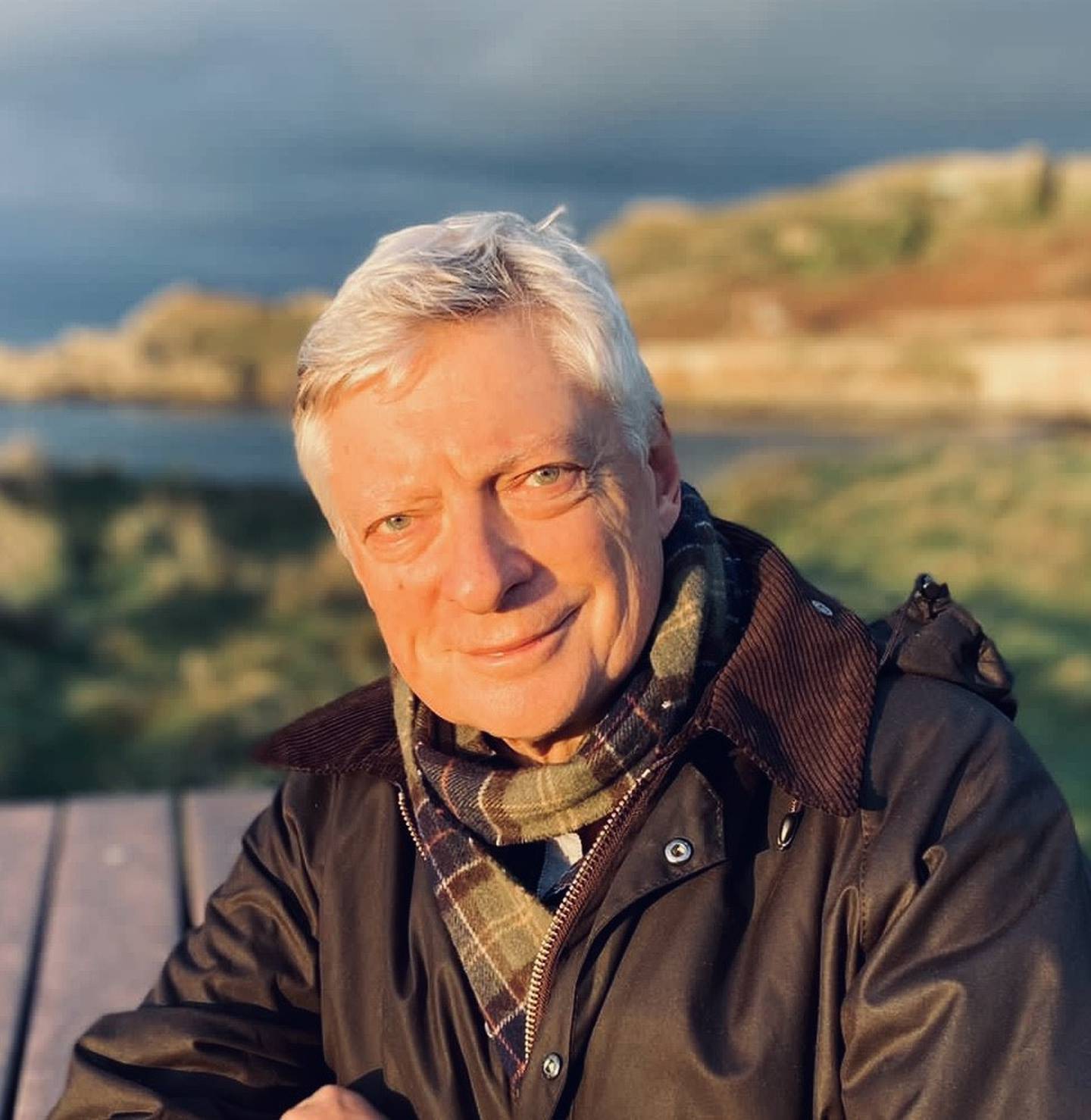 Aucklander John Blair is stuck in the UK and feels like has been exiled from his own country. Photo / Supplied

The semi-retired consultant and his wife had return flights booked for mid-February, but like many others now had no idea when they would get home.

The Auckland man could not believe that after paying taxes and being a New Zealand citizen, the government was not letting him back in.

He said it was difficult to see how the Government could continue to shut its borders when the rest of the world was managing to live with Omicron.

"We were vaccinated and boosted before leaving home and with home testing in UK continue to be Covid-free – but stranded here by our "kind" government," he said.

"The stupidity of MIQ defies belief. If we were living at home and suffering from Covid we have to self-isolate. Instead, we arrive at the border vaccinated, boosted, tested free pre-departure and again on arrival and are then herded into an expensive facility where Covid is obviously circulating at rate far higher than in the general population."

However, he said they now had no choice but to sit and wait for more MIQ spots to be released or the borders to be relaxed.