Members of a hīkoi hoping to get to Northland planned to spend the night camped out on the side of the road after police refused to let them through Auckland's southern border.

Dozens of cars arrived at the Mercer checkpoint just on midnight, despite police earlier warning that no one would be allowed through the border without an exemption.

"We are strongly advising those who intend to take part in this that any travel across the Auckland boundary that is not specifically permitted by the health order requires an exemption," police said in a statement. 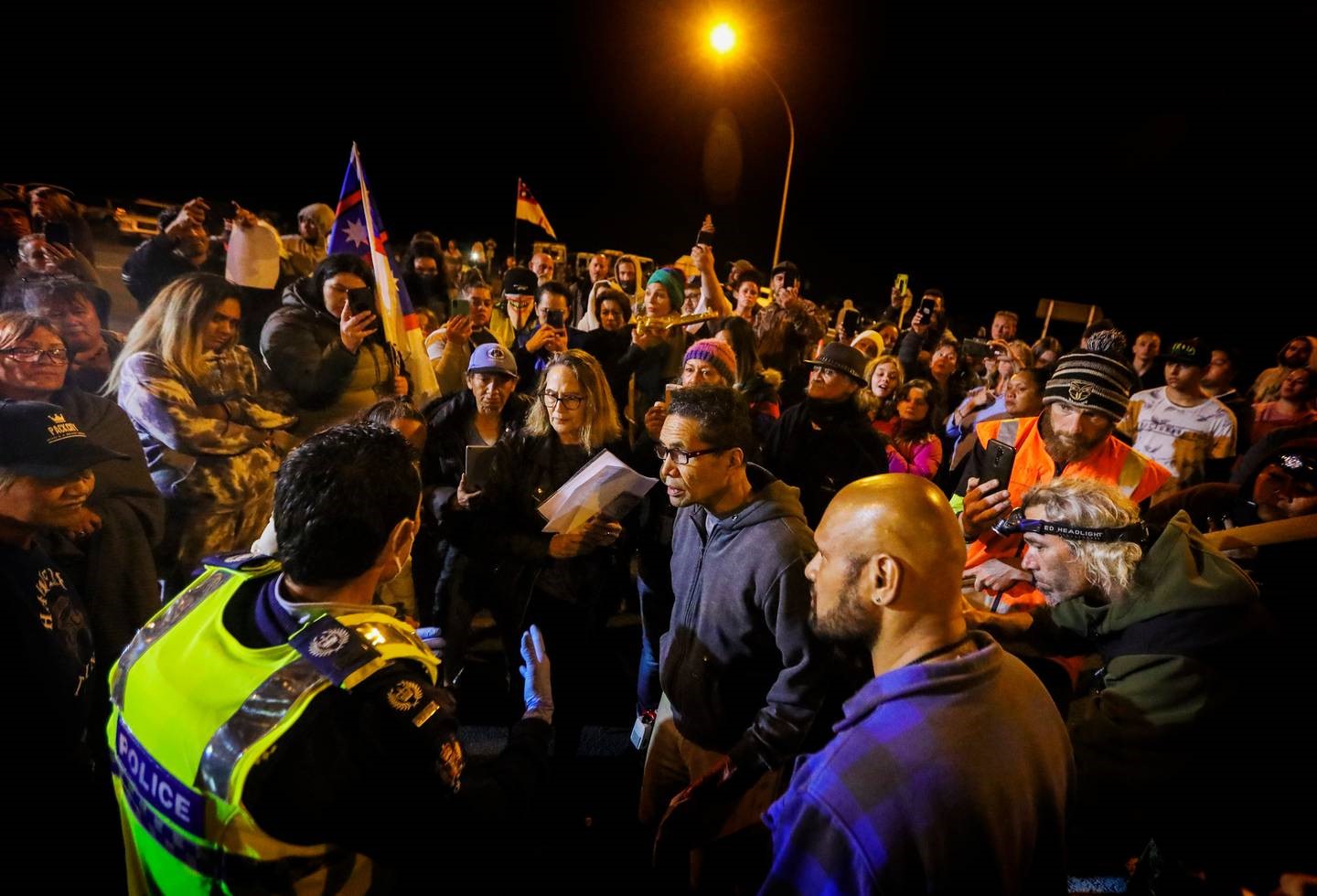 That didn't stop members of the self-proclaimed Sovereign Hīkoi of Truth (SHOT) movement from leaving Rotorua at 6pm with the aim of travelling through Auckland and heading north to Te Tii o Waitangi for a pōwhiri at midday today.

A large number of police were waiting for the convoy when it arrived and officers, who had blocked the road going north, diverted motorists off the motorway to an area on Oram Rd to talk to them.

By 1.30am there were about 50 cars were parked up. Some people were singing waiata and giving motivational speeches while others remained adamant they would cross the border at some stage. 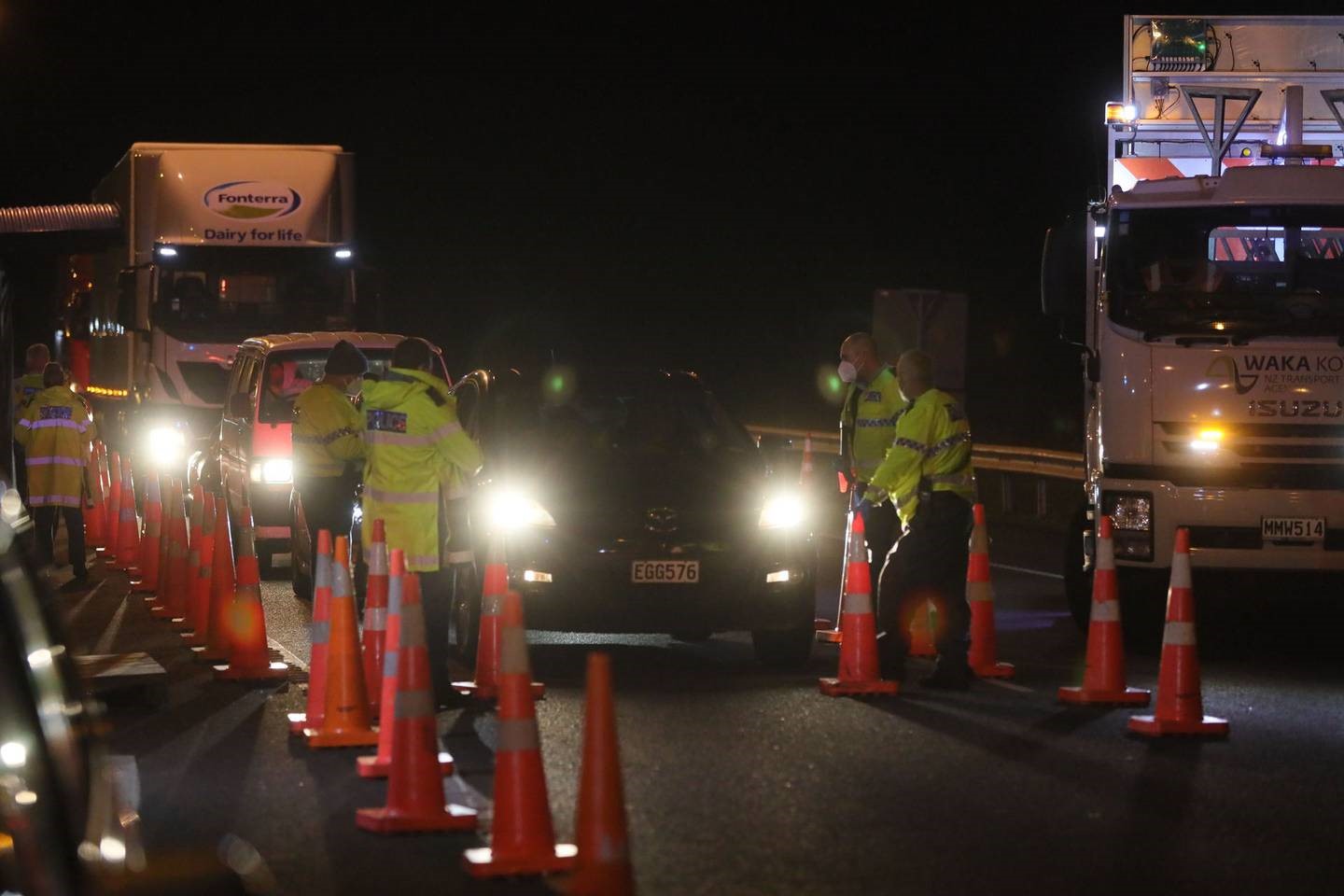 One witness at the checkpoint told the Herald some members of the hīkoi were prepared to wait all night.

"They are saying they're not moving, the only way they're going is north."

There was also talk from supporters on social media that up to 200 people were waiting inside the Auckland border in the hope of joining the convoy if it got through and that others were still making their way up the country.

The SHOT movement was formed to "bring to light the truth" and the group said in a statement on Monday that a hīkoi would be a "starting point".

It's understood SHOT consists of 12,000 "like-hearted souls", who wanted to gather "in the name of freedom" in Waitangi.

"This hīkoi is to be a starting point and a declaration that we choose to assert our rights and to herald a new way of being, we do not have to live under authoritarian government law, we maintain what has already been gifted to us under divine natural law to live as free people on the land." 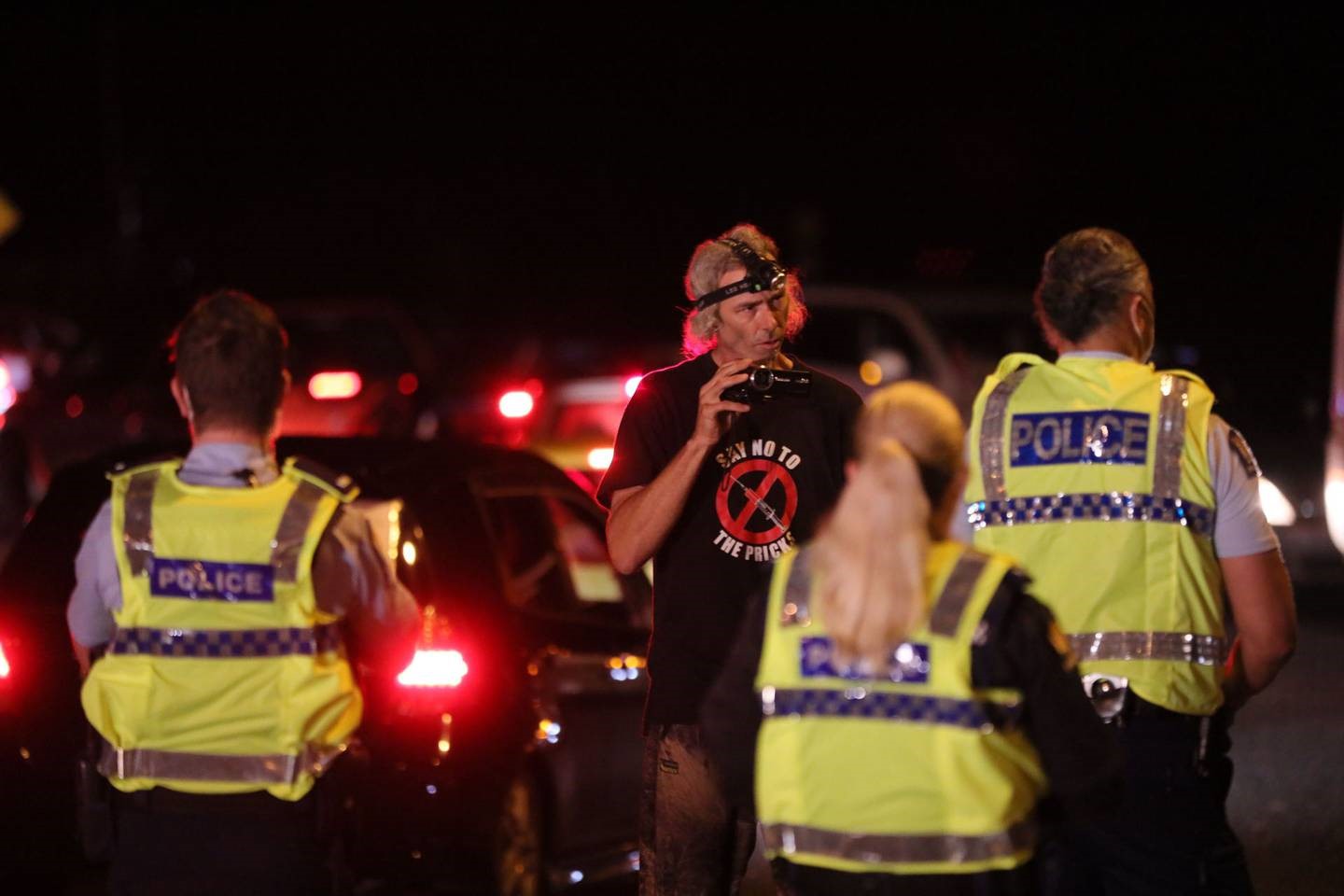 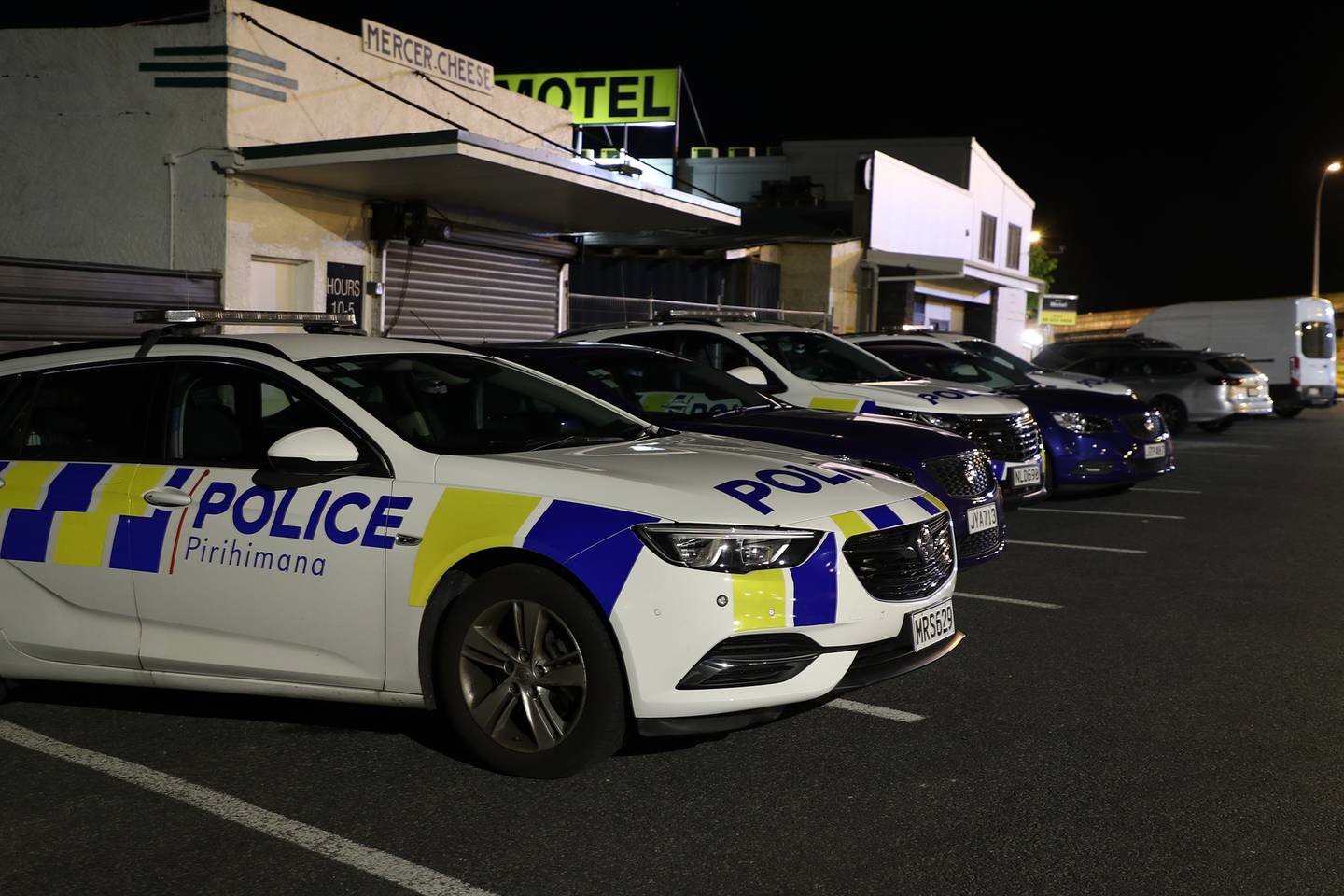 Police brought in extra reinforcements at Mercer ahead of the convoy arriving. (Photo / Mike Scott)

Police have said those who are found to be deliberately breaching alert level restrictions can expect to face enforcement action.

"Anyone found to have unlawfully crossed the Auckland boundary may also face difficulties in returning to their place of residence given the restrictions in place."

Ngāti Whātua leader Dame Naida Glavish said the iwi was not against the hīkoi, only the timing of it.

"There is enough pressure on what Ngāti Whātua are doing at the checkpoints. This hīkoi is unhelpful, supported by people who are anti-vaccination. Have your hoo-ha when this is done and dusted, right now the hoo-ha is hōhā," she said.

In a post online, organisers say: "All documents to ensure the safe passage of all will be at hand.

"Through the security of He Wakaputanga and the use of common law, this will be the form of security to move through the land based on tikanga [cultural traditions].

"All who are wanting to move through safely to the north need to join in on this hikoi with protection in numbers. The time has been chosen to ensure the least amount of disruption for the day lives of Aucklanders. However, we would like as many Aucklanders to join in on the hikoi as well."

National leader Judith Collins told The AM Show that her message to the people on the hīkoi was "go home and get vaccinated and just remember that it's not all about you".

She said there were a lot of people who are in lockdown who are losing their businesses and worried about them and their families and they didn't need them being idiots.

"So just go home and behave."

Police said the boundaries are in place to help stop the spread of Covid-19, given the increased risk the Delta variant poses to New Zealand's communities. 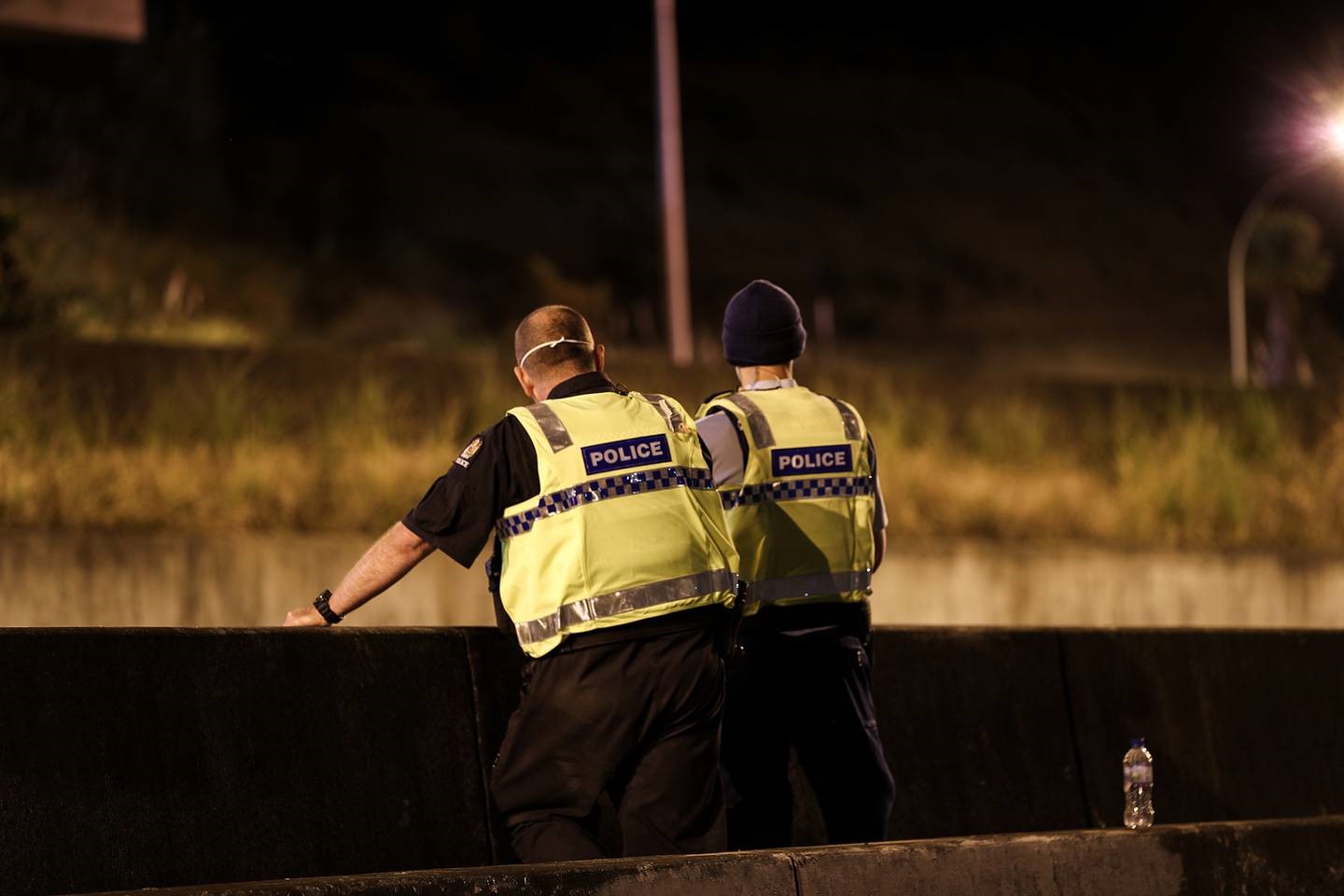 Officers near the motorway at the southern border. (Photo / Mike Scott)

Police said they are working with iwi partners in Tāmaki Makaurau and Northland on the matter.

As part of their planning against the hīkoi, police are advising members of the public not involved who may be undertaking permitted travel across the Auckland boundary to delay their travel if possible.

"There are likely to be road closures put in place in the event that those involved in this hīkoi attempt to unlawfully cross the Auckland boundary," police said.

It comes after it was revealed there are 79 new Covid community cases on Tuesday after a long weekend in which fewer tests and vaccinations were carried out, sparking concerns the virus' spread could soon accelerate.

As at 10am yesterday, 46 of these cases are linked - including 24 household contacts - and 33 remain unlinked, with investigations continuing to help determine their connection to the outbreak, the Ministry of Health said.

Out of the new cases, 75 are in Auckland and four are in Waikato.

From Monday's 109 community cases, 42 people were infectious while in the community.

The other 66 were in isolation during their infectious period.