"Extremely distressing" letters sent to doctors, people living in city gyms, offensive weapons in cars, and the delivery of rare goose eggs and puppy food are among the worst lockdown breaches police have encountered this Delta outbreak.

While Police Commissioner Andrew Coster said they were "pleased overall" with the nation's response to level 4 restrictions, there have been some notable breaches of lockdown rules.

The most serious was Nelson police issuing lockdown infringements to two people after distressing letters were sent to local doctors.

"While the letters themselves do not appear to constitute a criminal offence, the contents of the letters have been extremely distressing for the recipients, and further complaints are being investigated which are likely to result in more infringement notices," Coster said.

In other incidents, a 21-year-old man who was stopped at a SH1 checkpoint appeared in the Whangārei District Court yesterday charged with unlawful possession of ammunition, possession of an offensive weapon and breaching the Health Act 1956, after his vehicle was searched at the checkpoint.

Auckland police also served a warning notice to a manager of a city gym yesterday where a number of people had set up make-shift accommodation and were training during alert level 4.

Police checkpoints in Northland District continue to operate, and a number of vehicles were turned around yesterday.

Coster said some of the more creative excuses provided by drivers included the delivery of an off-road vehicle, some rare goose eggs, and puppy food.

Seventy nine people have been charged with a total of 85 offences nationwide as at 5pm yesterday, August 26.

Coster said the arrests were primarily the result of protest activity in the first few days of alert level 4, and other intentional behaviour in breach of the restrictions.

"I want to acknowledge all our staff, both out and about in the community and those playing critical support roles, for their huge effort and outstanding commitment to keeping the community safe over the past 10 days," Coster said.

"I am proud of the way our staff have conducted themselves, and used our education and encouragement-first approach, to ensure the community is safe and feels safe."

As at 5pm on August 26, police have issued 1213 infringements nationwide - the majority for people undertaking non-essential movement outside their home.

The breakdown of these offences is as follows:

The table below shows the number of infringements issued by police as at 5pm on August 26, broken down by the 12 police districts.

The majority of these infringements were issued for people undertaking non-essential movement outside their home. 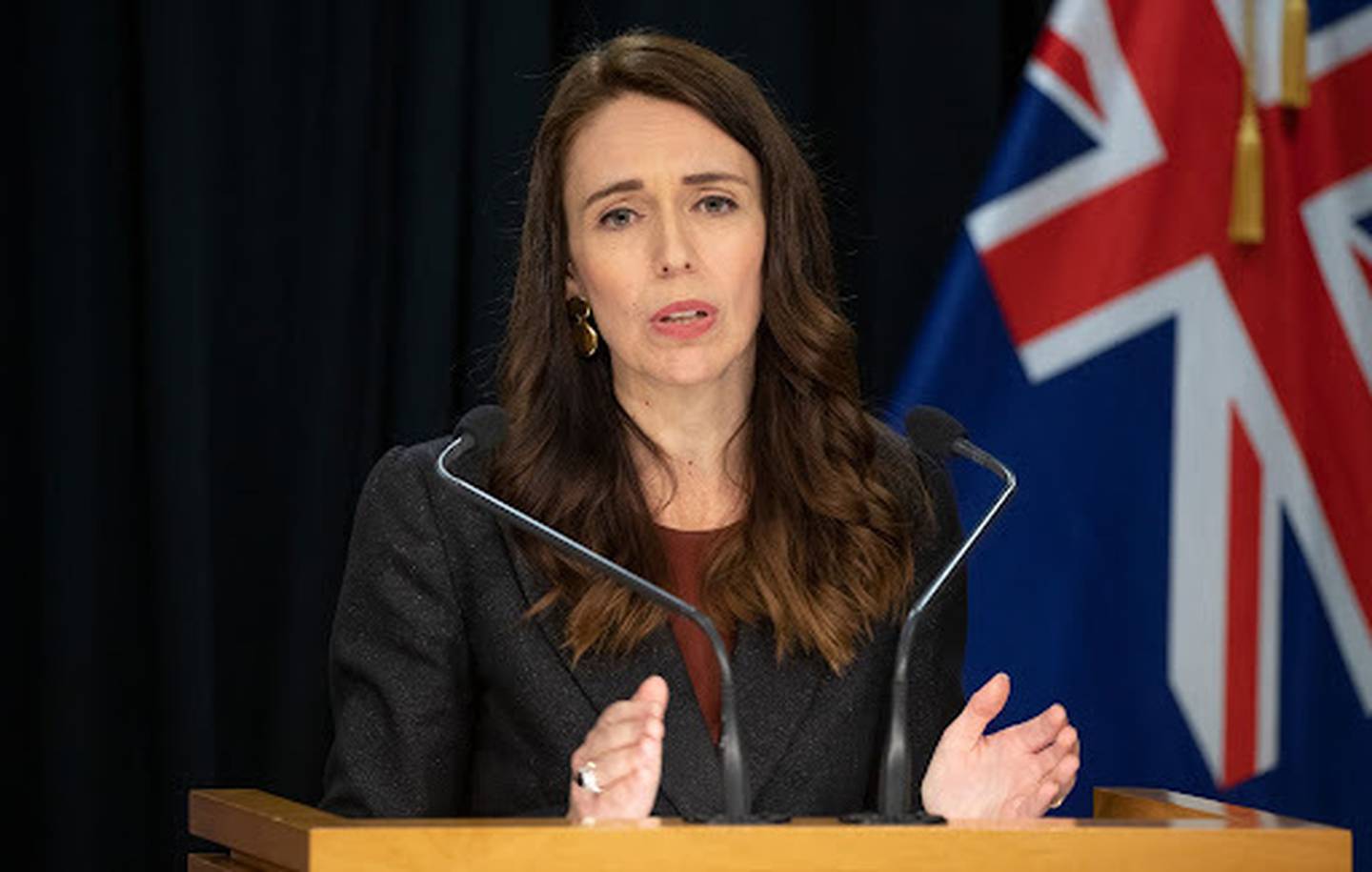 Prime Minister Jacinda Ardern has kept all of New Zealand at alert level 4 until Tuesday night, Auckland and Northland will remain at level 4 for longer. Photo / Mark Mitchell

The Canterbury District - with the highest population of 12 districts and the highest number of online breach reports (1369, out of a total of 6883) – has also dealt with a number of small-scale protests and people located outside of their home/current residence for non-essential purposes, in breach of the alert level 4 restrictions.

Police continue to encourage everyone to abide by the restrictions for the safety of everyone in the community.

Further information can be found at covid19.govt.nz

New Zealand will stay in lockdown until 11.59pm on Tuesday and it is planned to keep Auckland and Northland at level 4 for at least one more week and possibly a fortnight after that.

The additional time gives health experts a full 14-day cycle of data and information since the country went into lockdown on Tuesday night last week.

All going to plan, all of the country - except Auckland and Northland - would then drop to level 3 at 11.59pm next Tuesday, August 31.

The Herald understands Auckland and Northland will be at level 4 for another two weeks - although the Government is likely to do this in two stages, and confirm the second week once it has all of the latest case information and data on Monday, September 6.

Today a new record number of daily cases was declared - 70, bringing the total number of cases in this outbreak to 347.

The press conference followed a Cabinet meeting where ministers decided whether parts of the country outside Auckland could move down from alert level 4, down the alert level scale.

Level 3 includes opening up gatherings to 10, and limited hospitality services, but still prevents large gatherings including most businesses and schools.

The decision has been a difficult one; while the outbreak has not yet reached its peak, it appears to be concentrated in the Auckland region. The total number of community cases in Auckland is 333.

The only other part of the country with cases is Wellington, which has recorded 14 cases so far, including one new case yesterday.