Bar any major developments today Auckland's slight easing of restrictions on Tuesday will likely go ahead, with case numbers still roughly within modelling and the Government balancing mounting pressure from businesses and fatigued residents.

But experts warn people should expect to see a rise in case numbers and hospitalisations as a result.

Cabinet is meeting today to finalise its decision, a week after Prime Minister Jacinda Ardern announced an in-principle decision to move the region to step 2 of level 3 restrictions from 11.59pm on Tuesday

When Ardern made her initial assessment, she also released the high-level modelling guiding the Government's current decision making.

The modelling predicted the seven-day rolling average of cases to reach 143 today. 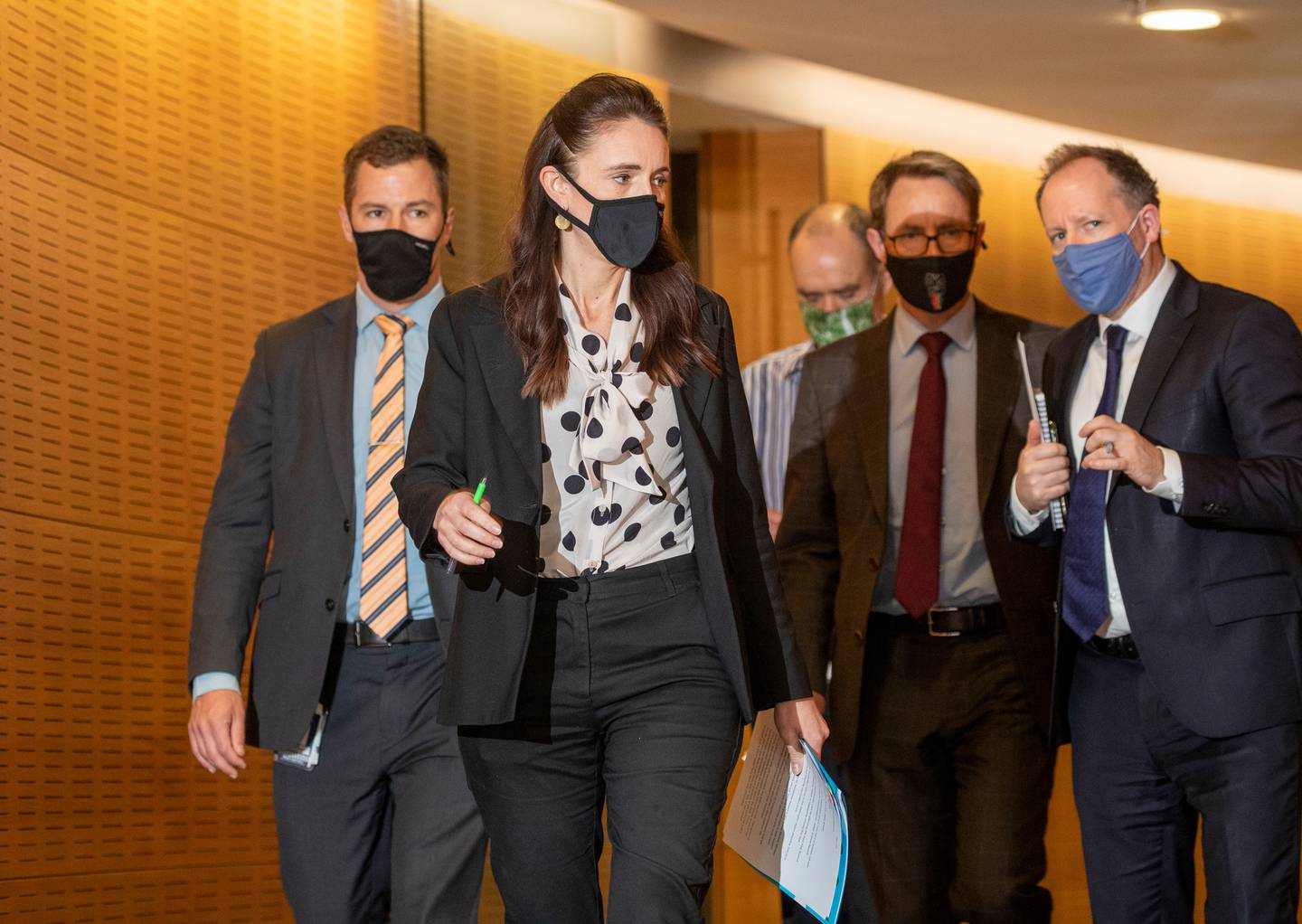 In the seven days to Sunday there were 1009 new cases, at a rate of 144 a day. The cases are trending upwards, with a record 206 on Saturday - the daily average and peak expected by the end of the month - but still within parameters.

The number of people in hospital has risen from 53 to 74, while the number in ICU has remained relatively steady, totalling five on Sunday.

Alongside this vaccination levels have continued to rise, working with restrictions to slow, but not stop, what would be a devastating spread of the virus.

As of Sunday, 78 per cent of the eligible population - aged over 12 - have had two doses of the Pfizer vaccine, and 89 per cent have received at least one dose.

In Tāmaki Makaurau, Waitematā DHB is at 92 per cent, Auckland 95 per cent and Counties Manukau just 192 off hitting 90 per cent eligible first doses. Respectively those three are 83, 87 and 80 per cent second doses, and are expected to pass 90 per cent in the next three weeks.

Of those infected in this outbreak, the proportion without a single dose has dropped from 82 per cent on September 9 to 69 per cent – a rate consistently tracking down.

Meanwhile, the overall hospitalisation rate of all cases has dropped from 9.7 per cent to 6.8 per cent over the same period – a proportion also tracking down.

Alongside these relatively stable and promising numbers, there has been growing political pressure from businesses and residents to see a further easing of restrictions - a pathway the Government has also indicated.

But while the numbers themselves might not be currently straying too far from what has been predicted, those models are based on current restrictions.

Step 2 of level 3 will see indoor retail spaces open up and while there will remain social distancing and enforced mask-wearing, experts expect there will be some level of increased transmission.

Behind the headline numbers was also further evidence the contact tracing system was not keeping up, with 645 unlinked cases in the past 14 days. Of Saturday's 206 cases less than a quarter had been linked to the outbreak.

That's why easing of restrictions from Wednesday was likely to see further increases in cases, and in the coming weeks those numbers could begin to outstrip the models.

Covid-19 modeller Professor Shaun Hendy said if that happened, likely around the same time Auckland was hitting 90 per cent full vaccination across its DHBs, it would make the shift to the new traffic light system all the more fraught. "Really because of what has been said we should expect to see further relaxation, but each step does translate into an increase case numbers and further prevents the vaccination rollout's impact on bringing them further down."

Vaccination rates were clearly having an impact, Hendy said, but with still-rising case and hospitalisation numbers they were not currently high enough.

"We are certainly seeing impacts of vaccination, and this is still very much an outbreak in the unvaccinated. But it is just not yet keeping it in check."

Singapore for example, which has much higher vaccination levels, yet is currently experiencing thousands of cases a day and deaths in the double digits.

Epidemiologist Dr Michael Baker said it was crucial case numbers were kept as low as possible before the promised shift to the traffic light system, with fewer constraints, which based on Auckland's vaccination rates could happen by December.

"I think we are in the world of trade-offs now, where we are looking to have greater freedoms particularly for people in Auckland, but inevitably it will result in accelerating the outbreak.

"If we hit December with high transmission rates it might put more pressure on that move."

Baker said step 2 appeared a manageable shift, but step 3 and the opening up of hospitality could be "a disaster".

A further question remained around when all school age groups would return, which would also see an increase in case numbers.

Amid Auckland's prolonged lockdown Ardern has said while primarily focused on public health, the restrictions needed to be matched with public tolerance.

They also needed to take into account the broader societal impacts, including its toll on mental health.

The step-system introduced for the alert levels allowed a more slight easing of restrictions, to minimise the spread of the virus while also allowing greater freedoms.

If Auckland moves too fast and cases begin to skyrocket, reaching the 90 per cent vaccination goal could prove less meaningful and herald a dangerous start to the new traffic light system and living with Covid-19.