A strong police contingent is continuing to monitor a hīkoi involving members of the Sovereign Hīkoi of Truth (SHOT) movement at the Southern Auckland checkpoint border after a police line had to be used to move the protesters off the highway in the early hours of this morning.

"Police are incredibly disappointed that this group of protesters have chosen to take this action," they said in a statement.

"By carrying out non-essential travel they are putting themselves, our staff and the wider community at risk, while additional Police resources have had to be redeployed in order to monitor the movements of this group at the checkpoints."

The group claim to be heading to Waitangi - but have been told they are not welcome there by local Māori leaders.

The convoy of around 50 vehicles carrying about 100 people arrived at the Southern checkpoint border in Mercer just before midnight.

Two protest vehicles, including a bus, remain parked on State Highway 1 in the northern lanes with the drivers refusing to move them. Traffic is current being diverted around them and police are attempting to get the drivers to move them off the road.

Police negotiators and iwi liaison officers were called into help after some of the protesters "surged forward" on foot from Orams Rd blocking the southern lane of SH1, but when this failed a police line was used, a police media statement said.

"The group was directed by police to a gravel area on Orams Road, to move away from blocking the road and disrupting traffic travelling through the checkpoint."

The group is trying to get to Waitangi in Northland where leader of the Outdoors Party and prominent anti-vaccine and anti-5G activist Sue Grey will be speaking.

Grey flew to Kerikeri on a private plane yesterday and then travelled to Waitangi yesterday.

Speaking on a Facebook livestream, Grey wanted to set the record straight and confirmed things were happening, but the "really really bad news" was the hīkoi seems to be blocked.

Grey said her co-leader Alan Simmons had told her that Hone Harawira seemed to have single-handedly convinced police that the event had been cancelled so a whole group of people were not being allowed through the border to attend.

"There's been a huge amount of misinformation that has been circulating."

She said it seemed so unfair that if you could afford to fly on a plane from Wellington you could get there, but there was no route for those who wanted to drive from level 2 into another level 2 area.

Grey said the event was still being set up including marquees and food stalls and they were expecting lots of visitors who she was looking forward to meet.

Meanwhile long queues have been building at the southern Mercer border into Auckland this morning and police are warning motorists there maybe delays.

Dozens of cars involved in the hīkoi arrived at the checkpoint at midnight and are refusing to leave unless they are allowed through the border so they can travel up to Northland.

But the "peaceful protest" is causing havoc for commuters heading into Auckland this morning. 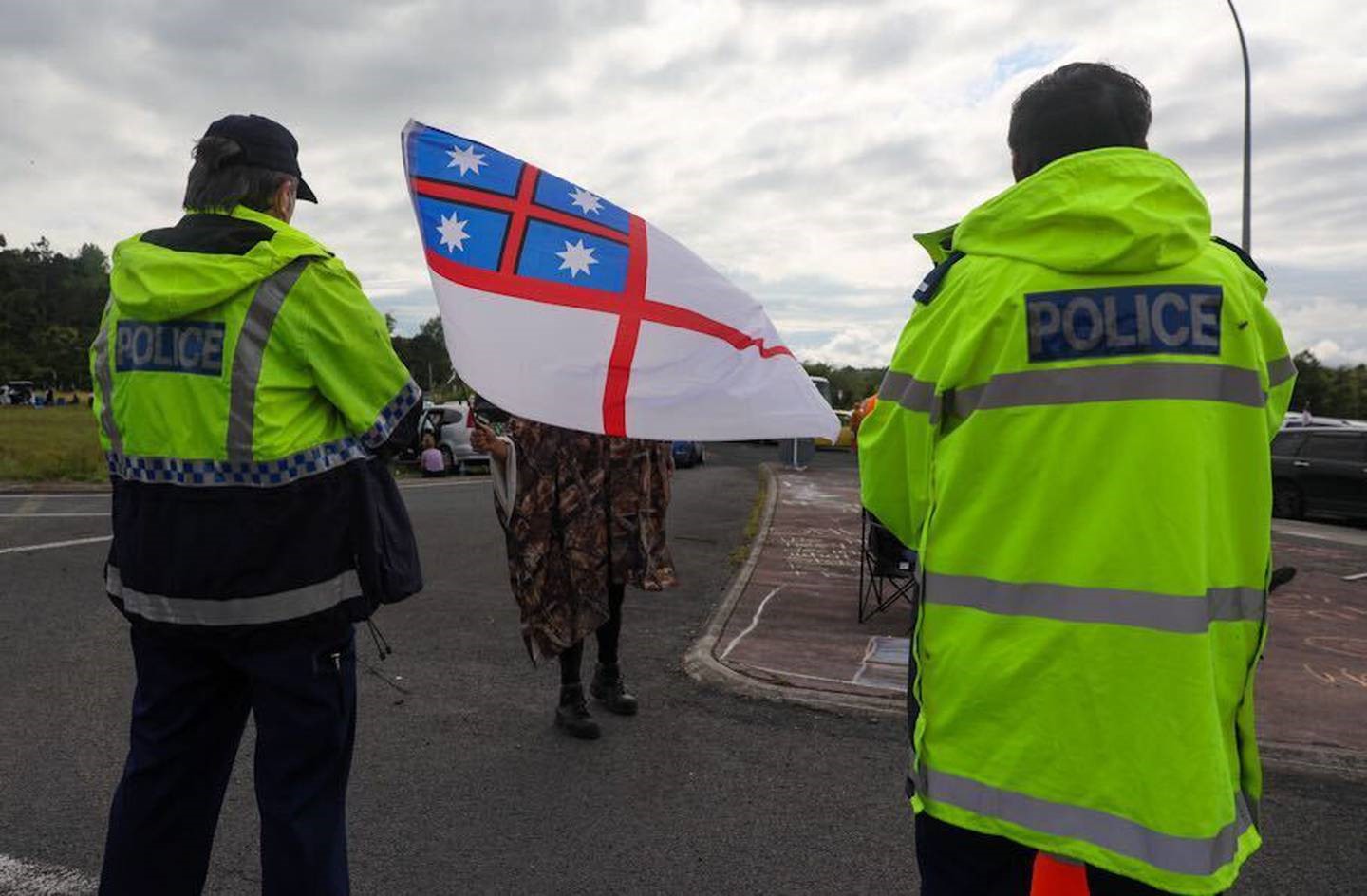 There is a heavy police presence at the Mercer border today. (Photo / Mike Scott)

A motorist told the Herald traffic was already crawling along almost 10km from the southern checkpoint near the Springhill Rd turnoff in Meremere. From there it was taking about an hour to get to the checkpoint. 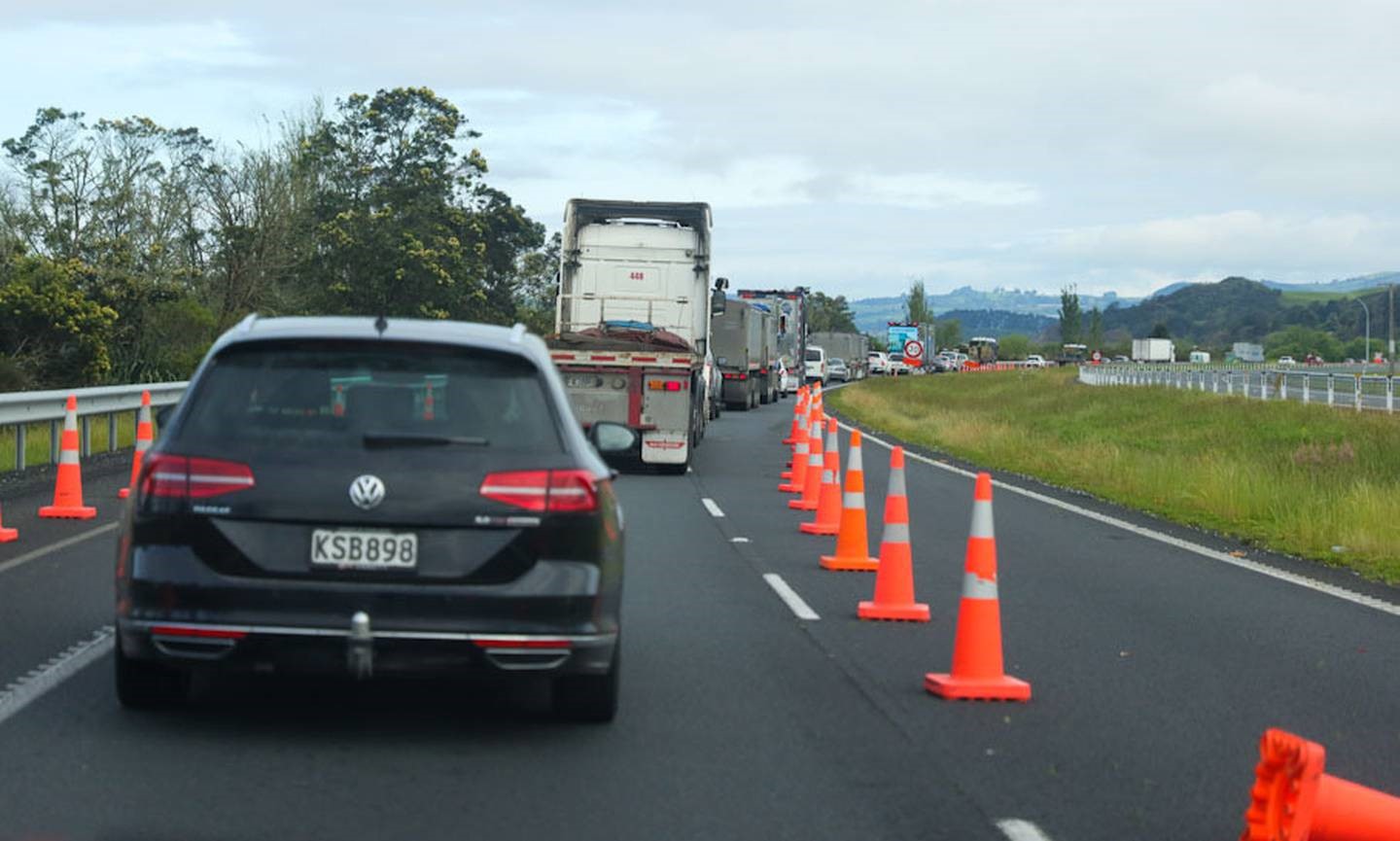 Traffic is backed up on the southern motorway for almost 10km as people wait to get through Auckland's southern checkpoint. (Photo / Mike Scott)

Videos show members of the self-proclaimed Sovereign Hīkoi of Truth (SHOT) movement
standing at the border saying they are standing "in peace, love and unity" and for the people who fear to submit to medical procedures they claim are harming people.

Police have beefed up staffing at the checkpoint to stop the group crossing through. About 10 police officers are currently standing in a line at the southern side of the motorway in front of the group preventing them from moving on to the busy road - but the number of officers was into double figures overnight.

One of the group's leaders can be heard on a live video saying they will not disrespect the Police who are following a directive, but if they will not allow them to travel then they will stay right there until their whanau arrives. 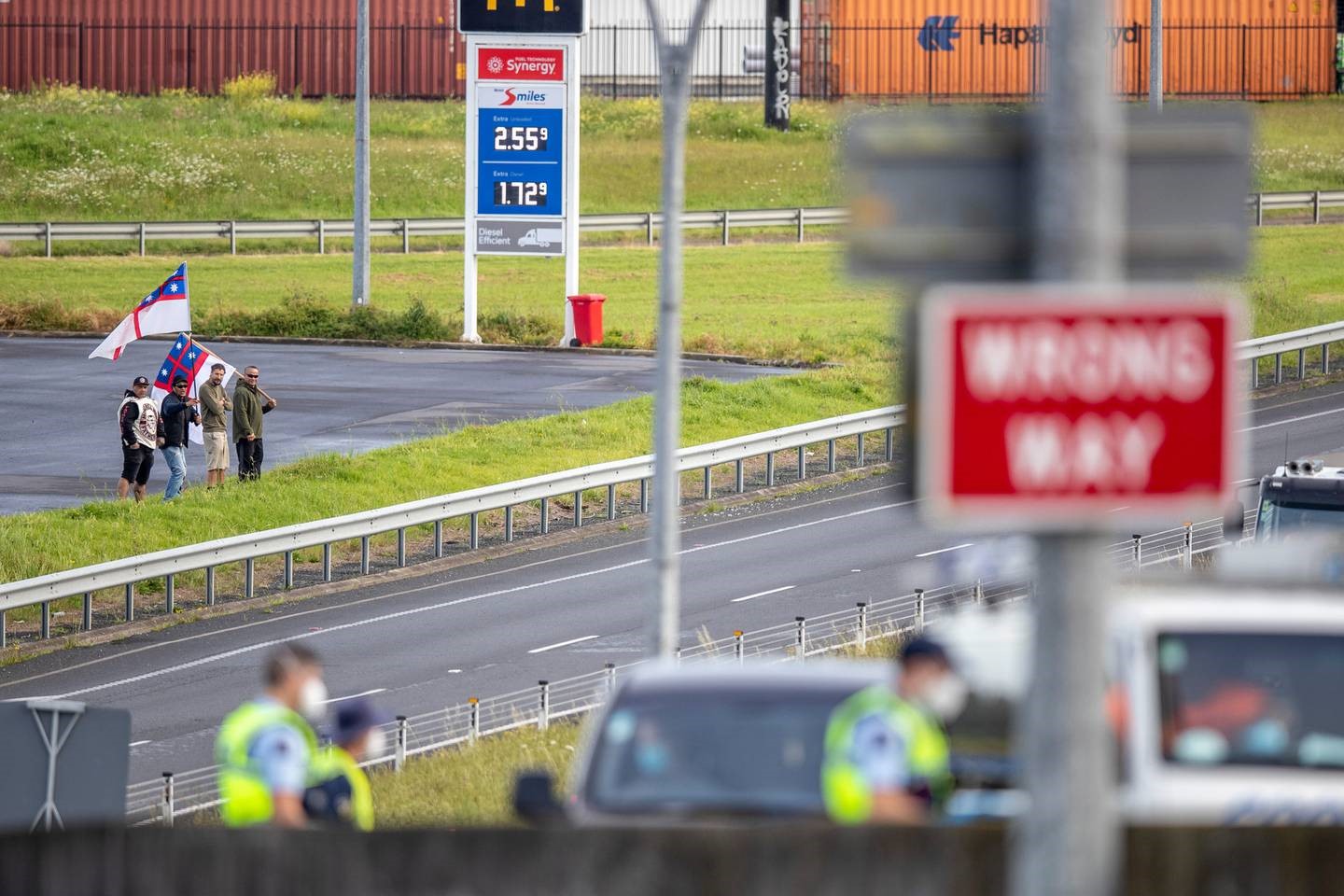 Several small tents have been set up on a grass verge near the Orams Rd checkpoint on the southern side of the motorway after the group were forced to camp there overnight.

"We don't move unless it's forward," the group can be heard saying.

There are about 70 people gathered at the checkpoint and the unmasked protesters are refusing to move. There has been singing and chanting throughout the morning.

The group left Rotorua at 6pm with the aim of travelling through Auckland and is heading north to Te Tii o Waitangi for a pōwhiri at midday today.