There are 33 new community cases today as the Government decides on New Zealand's alert levels.

Only one of today's 33 cases is still to be epidemiologically linked and all are in Auckland.

There are eight epidemiologically linked subclusters - the two largest subclusters are the Mangere church group (381) and the Birkdale social network cluster (76).

Nine subclusters are not epidemiologically linked.

There are 21 people with Covid in hospital and four in ICU. As of 10am today, there are 126 locations of interest.

Seven of yesterday's 20 cases had exposure events. The other 13 were in isolation throughout the period they were infectious.

Some 8657 Covid tests have been carried out in the last 24 hours - and almost half of those have been in Auckland.

There were no unexpected wastewater detections in the past 24 hours.

Auckland has already been in lockdown for two weeks more than the rest of the country and as the number of new people with Covid bounced back up over the weekend, experts are now warning the city may be facing longer in level 4.

The 34 "mystery cases", which - as of yesterday - had no known link to any of the 17 sub clusters, were of a particular concern to the government.

Yesterday there were 20 new community Covid cases - all of them in Auckland.

There were 23 cases on Saturday.

Of the 20 cases yesterday, eight were still yet to be epidemiologically linked. 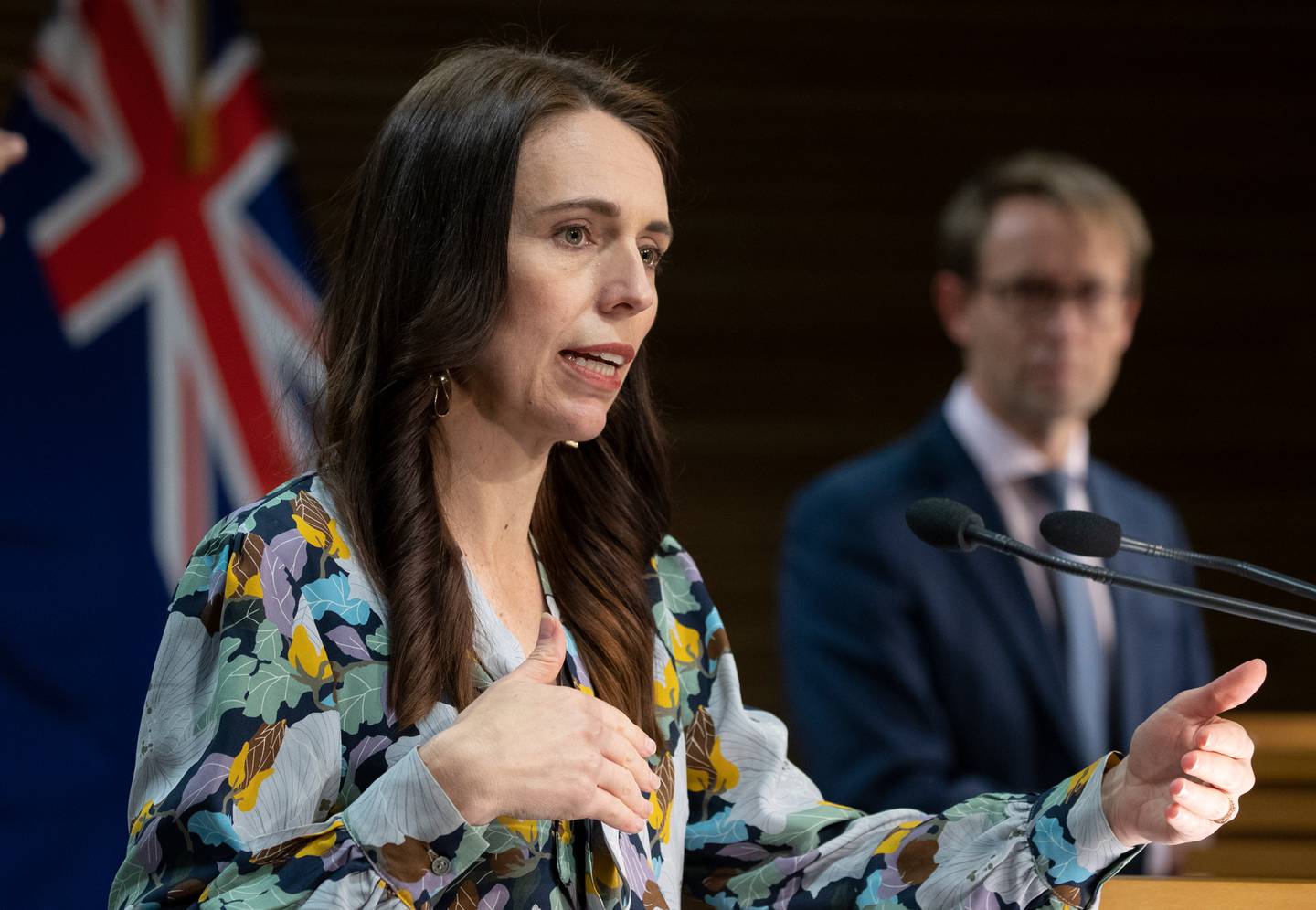 Prime Minister Jacinda Ardern and director general of health Dr Ashley Bloomfield will give an update on alert level changes for the entire country at 4pm today. Photo / Mark Mitchell

The number of people now infected with Covid bouncing back to double figures comes as a blow to Aucklanders who were starting to get optimistic a move in alert changes could be coming when Friday's figures slumped to a low of just 11 community cases.

Four new locations of interest have been identified in the latest Ministry of Health update.

There are only two individual locations included in the midday update.

However, three visits to the Otara Mini Supermarket were made by a person with Covid-19.

A person with the virus visited firstly on the morning of Friday, September 3, between 11.40am and 12.58pm.

Another visit was recorded on the same day between 6.55pm and 8pm.

The third visit by a person who has tested positive to Covid was reported last Wednesday, September 8, between 4.13pm and 5.30pm.

Countdown Botany Downs is already on the location of interest page.

A new visit by a Covid-positive person has been recorded on Saturday, September 4, between 10.07am and 10.45am.

While the government has previously said it would not necessarily wait until 0 cases in the community before moving alert levels - it has been concerned by the number of unlinked or "mystery cases" popping up.

He didn't believe there was wide community transmission in Auckland, but said there were a "handful of mystery cases" that were concerning and they needed to know just how far the spread was.

Level 4 was tough, but it was the best chance of getting on top of the virus and breaking the chain of transmission, he said. "That is happening, but there are still a few cases at the edges."

He promised the government would to make sure it laid out a very clear plan for Aucklanders this afternoon.

Epidemiologist Professor Michael Baker told TVNZ this morning he thought it was too early for Auckland to move out of level 4 and doing so could see new Covid cases flaring up again.

He said the mystery cases could prove to be a problem - in that they could easily spark up other clusters.

"The trouble is these are people we don't know about.‌

"This is the end of the outbreak in Auckland and we just have to persist for a few more days."

Pacific health expert Dr Collin Tukuitonga told TVNZ this morning he also felt it was too early for Auckland to come out of alert level 4 based on the new and mystery cases still popping up in the community.