One Auckland supermarket has given an insight into the extreme deep cleaning measures it undertakes after being listed as a location of interest.

Pak'nSave Mt Albert was named on the Ministry of Health website after a person with Covid visited the store on August 18 between 8pm and 8.15pm.

After receiving the news on Tuesday, staff at the Mt Albert kicked into action to give the store a thorough deep clean to allow it to re-open on Wednesday morning. 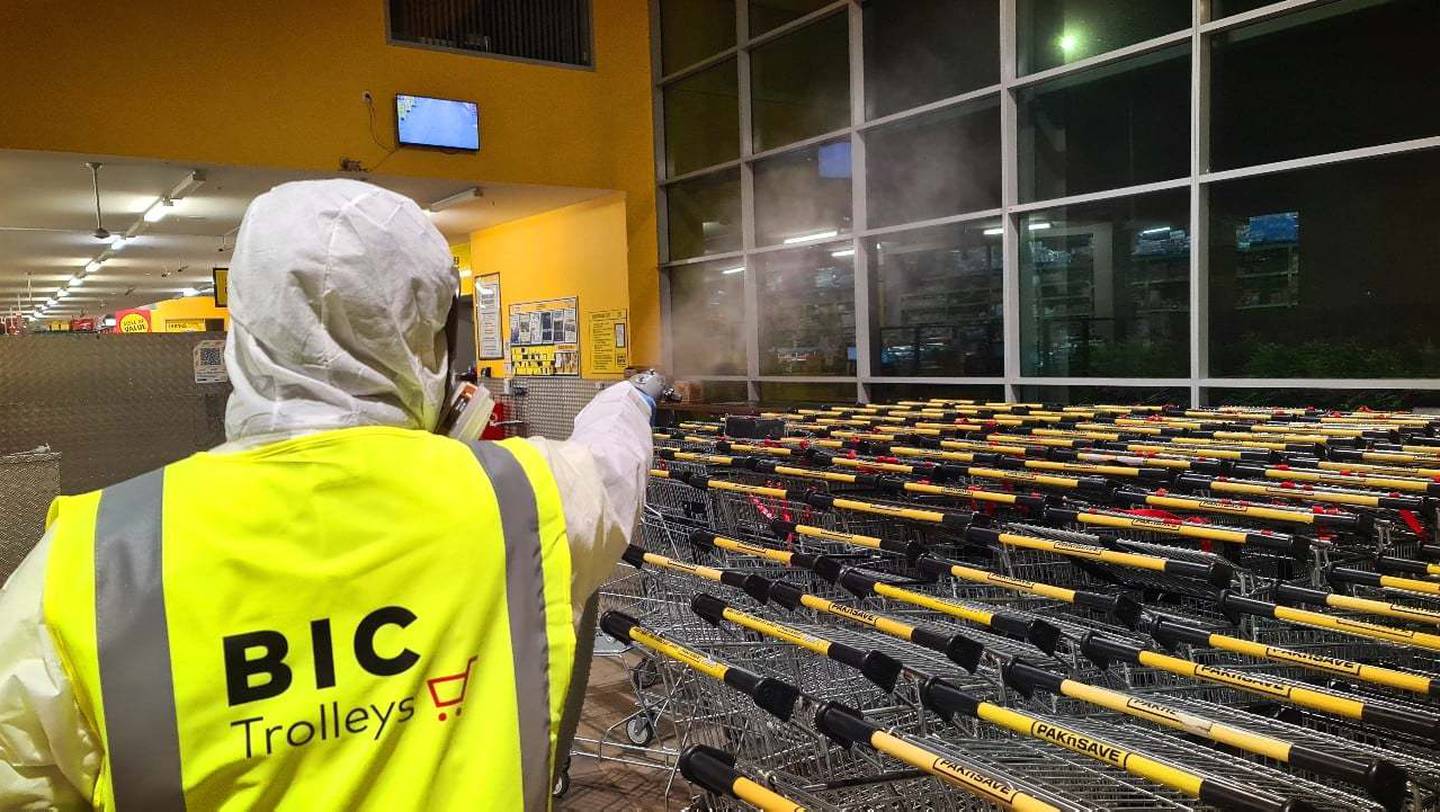 Disinfectant is sprayed over the trolleys at Pak'nSave Mt Albert. Photo / Facebook

Photos posted on its Facebook page shows people in full PPE gear spraying sanitiser throughout the store including shopping trolleys and down all the aisles.

The store posted that it had been a challenging time for everyone and was "running a bit lean" most likely due to staff members now being required to self-isolate.

It thanked its team, friends and whānau who had pulled together who had helped make it possible to keep its doors open and have stock on shelves for customers.

Head of corporate affairs Antoinette Laird previously told the Herald the guidelines for deep-cleaning were set by the Ministry of Health and involved cleaning and sanitising all store surfaces that were likely to have been touched or stepped on, including, walls, cabinets, handles and shelves.

Deep cleans were carried out by professional cleaning contractors and strict hygiene protocols were followed throughout the process, she said.

University of Otago medical microbiologist Ben Harris told the Herald in March that fog canon disinfectants were one of the best ways to effectively sterilise both the air and surfaces. He did not believe manual cleans were as effective as it was impracticable to wipe down every bottle in the store.

"If there is a known case [that has visited the premise] everything should be fogged with high-level disinfectant fog, not residual ones."

The Mt Albert store is one of dozens of supermarkets that have been put under pressure after being visited by a Covid positive case, forcing more than 1500 supermarket workers into self-isolation.

So far 19 Countdown stores, 10 Pak'nSave stores and six New Worlds have been identified as locations of interest. Some have been listed more than once.

Countdown has been forced to temporarily close some of its stores due to a shortage of staff, while all Foodstuffs stores remained open but the hours could be reduced if they became a location of interest.

Under level 4 protocols the supermarkets are cleaned multiple times throughout the day, along with increased sanitisation and other safety procedures to keep both staff and customers safe.