One of the positive cases from the Assembly of God Church of Samoa cluster shares his experience of recuperating from Covid while in quarantine with his family of eight.

As news spread that a person with Covid-19 had attended his church, John, who does not wish to use his real name, made sure he got tested as soon as possible. He had been at the Assembly of God Church of Samoa on August 15, for an all-day event involving the church's 27 congregations from across the country. The event included bible studies, performances and competitions.

It was the first time all the Assembly of God Church of Samoa congregations in New Zealand had gathered in over two years. "This was the first one in a long time and everyone was happy but no one knew what was going on," says John, speaking from his quarantine hotel room. 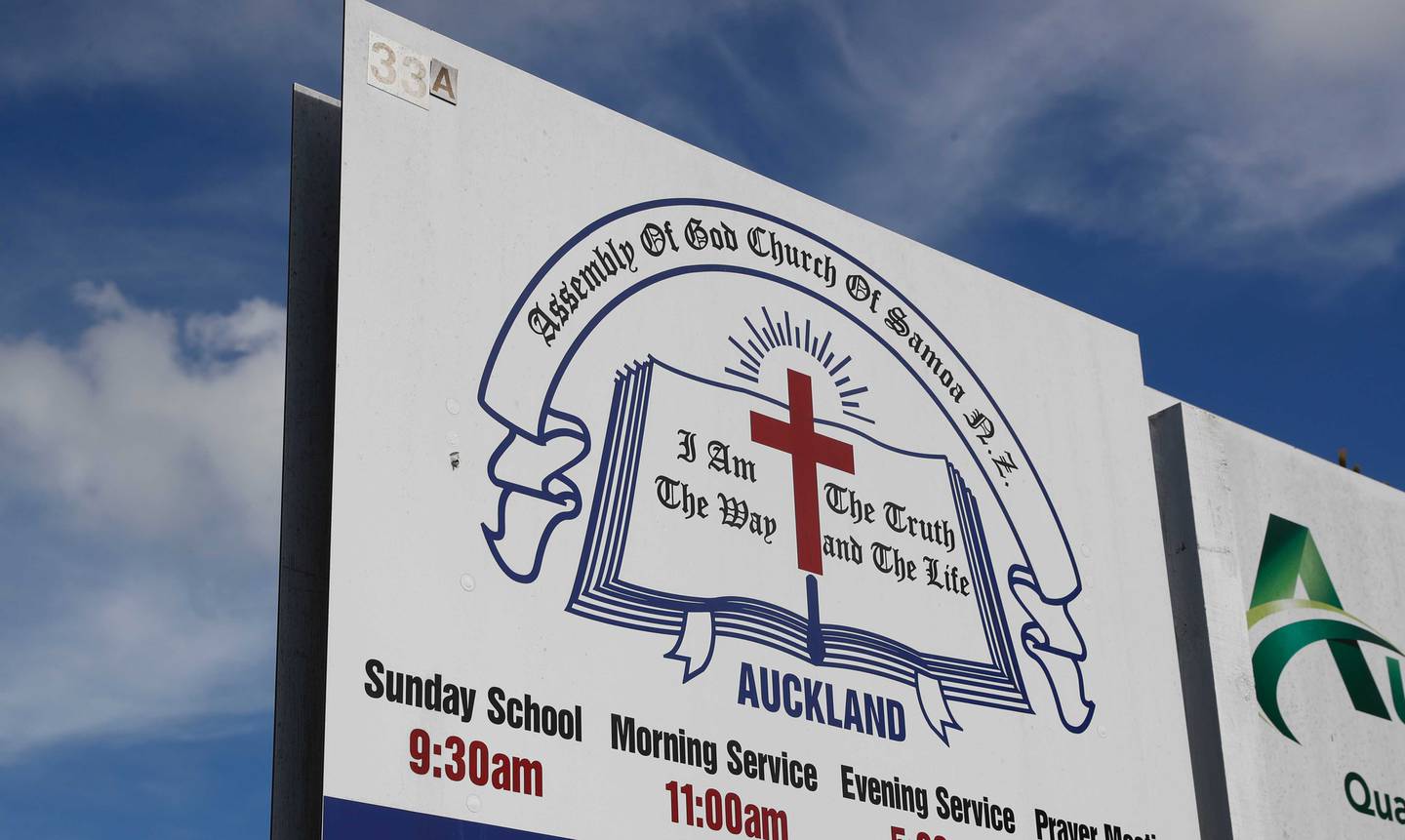 A Covid-19 positive person attended a service at Assembly of God Church of Samoa leading to a cluster of infections. Photo / Dean Purcell

Within a day of his test, John found out his family of eight would be moving to Jet Park in Māngere to quarantine. "Trying to get all of our stuff together was a mad rush, especially getting stuff for our baby like nappies and baby food," he says.

He initially thought the positive test was a mistake, given how healthy he felt, but within three or four days that all changed. "I have a good diet and I exercise and train as much as I can, but when it came to this variant, it came on so fast, I was thinking, 'holy shit, what's happening?'"

He experienced a loss of taste, hot and cold flashes, body aches, joint pain and "migraines that wouldn't go away, which felt like they would blow up my brain". Members of the Assembly of God Church of Samoa turn out in droves to get tested for Covid-19 on August 21. Photo / Brett Phibbs

Then the virus hit his wife and kids, as they all tested positive. Thankfully his youngest, an 11-month-old, did not experience the same intensity of symptoms. With both parents sick in quarantine, John and his wife faced a new challenge. "We knew we just had to hang in there because we knew if we went to hospital, there would be no one to look after the kids.

"I've never seen my family in this much pain before and I would never wish this on anyone."

A standard stay in MIQ is 14 days, but with their positive and symptomatic cases, John's family have already stayed at Jet Park for 19 days. He says they've been told once the family have been symptom-free for over 72 hours they will be allowed out – something he feels isn't too far away.

As his family recuperated in their room in Jet Park, seeing the news about attacks against his congregation only amplified the pain John and his family were feeling. "I saw the remarks. People can't treat us like that but it shows that racism is still alive in this country," he said. And he was doubly disappointed when Pacific people were highlighted as being the majority of cases in the current outbreak. "I don't see how saying which ethnicity has the most cases is needed. We just need to know there's this many people infected – that's it. But to put it out there that we had the most cases... that really puts us down as Pacific Islanders."

His frustration extends to the government's rollout of the vaccine given how the virus has ripped through his church community. "All this could have been prevented," he said. "They knew South Auckland was the most affected in the last two outbreaks, so why wasn't South Auckland the first to get the vaccine? Why now when there's a cluster over 500 people are they holding all these pop-up clinics and you can go in without lining up? These things should have been put in place before." 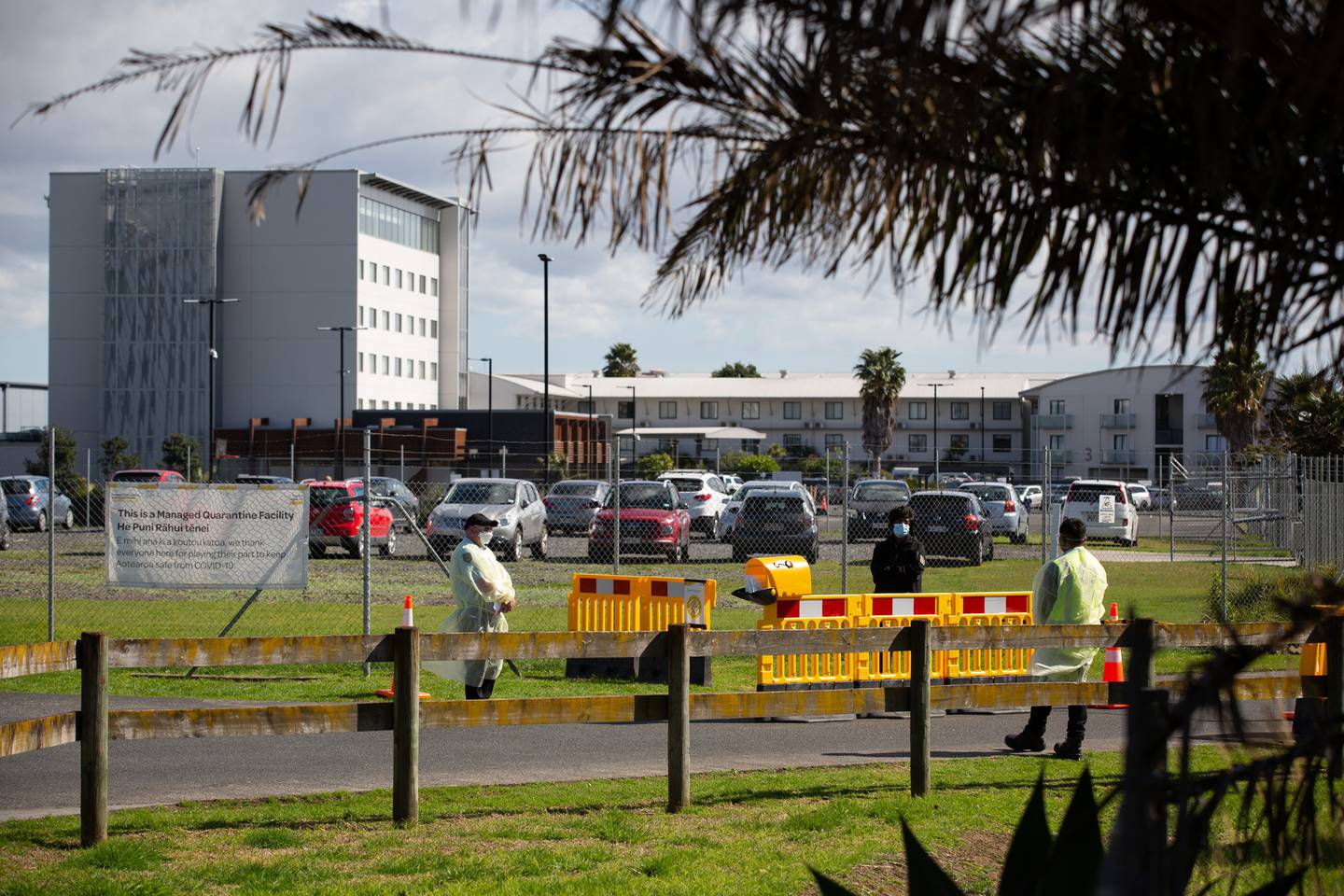 Despite the tortuous last few weeks, John says his family have been well looked after by the team at Jet Park, as well as by the staff from the social service agency, The Fono. "The staff, the nurses, the people who cook the food and do our linen, we're so thankful for them. We don't even see their faces, they just drop it off and go. So we feel a little bit lucky to be in Jet Park given how we're being treated."

Along with three meals a day, The Fono's staff bring extra snacks and games for John's children, and the family is allowed out of their room every two to three days for a walk around the hotel's car park. "Those snacks can put a smile on their faces to help them feel a bit of normality. And going outside is something we really look forward to – getting a bit of fresh air. It's just a car park but it's better than nothing."

And for any of those feeling hesitant about getting the vaccine, John's message is clear; don't gamble on not catching Covid. "There are a lot of conspiracy theories out there but for myself, I wouldn't want to experience this again and I would never want my kids to feel the full effects of it. This is going to be the new normal… so my advice to people is go take it."

Battling a deadly virus in a hotel room with six kids has given John much to think about and much to be thankful for. "Seeing ambulances coming in and out of this place, knowing that's our people, is hard. Having our faith has helped us stay strong but being hit by this has made me understand how important our lives are and not to take things for granted."