An overnight trip to Sydney has turned into a business trip from hell for Auckland man Peter Goodburn.

The operations manager is "disgusted" at the Government after multiple attempts to return home have fallen through since arriving in Sydney on June 22, and who faces a further 25 days before being reunited with his wife and family in Henderson.

The 64-year-old, who has a heart condition, travelled to Sydney with one set of clothes to secure a warehouse for the bathroom company he works for, fully expecting to fly home the next day.

He weighed up the Covid-19 situation in Sydney where the numbers were still low, plus the Government normally giving people 24 hours before halting flights, and decided the risks of getting stuck were slim.

But since the Government halted flights on June 22 after the last flight to Auckland had left Sydney, Goodburn has been stuck across the ditch. He's made four or five attempts to get on MIQ flights and banged his head against a brick wall dealing with government agencies. 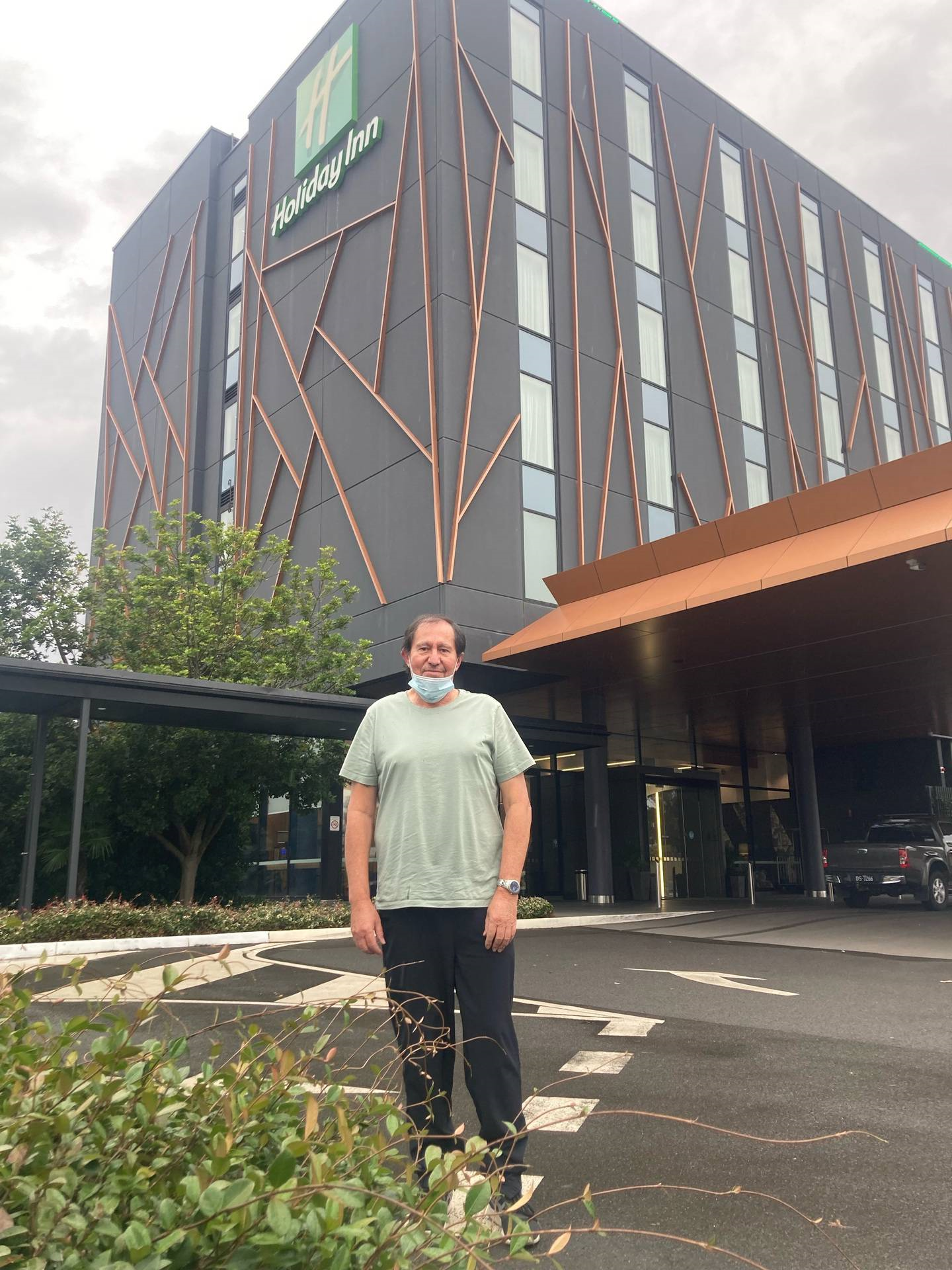 On July 12, Goodburn said, he contacted a call centre set up by the Government for people stuck in New South Wales to see if he qualifies for urgent or exceptional travel and no one had contacted him.

He has finally got one of the return mercy flights announced by Prime Minister Jacinda Ardern for stranded Kiwis on August 3, but is not sure if it will happen.

"I'm disgusted with our Government. They made a decision, they did not think about the ramifications to the people affected by it and there has been a total lack of information.

"The Australians might have stuffed up the Covid bit, but all the Australian people I am working with and hotel staff have bent over backwards to help," said Goodburn.

Fortunately for Goodburn, his company has paid for him to stay at a Holiday Inn hotel in West Sydney, but he has had no cooking facilities for much of the past month and had to get a prescription sent over from New Zealand to get medicine for a heart condition.

"My meals consist of going to 7-Eleven or Maccas, but I managed to get hold of a microwave," said Goodburn, who has also had to buy some new clothes.

Kohler general manager Geoff Cope said having Goodburn stuck in Sydney has had a huge impact on the company's operations and supply chains but a personal impact for him as well.

Cope was disappointed Goodburn had not been dealt with fairly by government agencies and put on an earlier flight home.

"There has been absolute uncertainty..it has just been crazy, crazy," he said.

Shinji Davison, who had had three flights cancelled in his attempts to return to New Zealand from Sydney, received a frantic text from his 14-year-old son – based in Aotearoa – telling him to book a flight as today's announcement was made.

"To be honest, when I read my son's text, I couldn't believe what he was saying, that it was going to be closed for eight weeks."

Fortunately, Davison was able to secure a space for him and his partner on a managed return flight on August 7 – but he wasn't holding his breath.

"I think I do have a flight home but with what's happened so far, I'm still really unsure."