There are 34 new cases of Covid in the community and two cases in MIQ, the Ministry of Health says.

Of the new community cases, 31 are in Auckland and three are in Waikato - all cases in Waikato are linked while 11 cases in Auckland are yet to be linked. There are five active subclusters that are not epidemiologically linked.

There are 26 people in hospital in total: North Shore (3), Middlemore (13), Auckland (8), Waikato Base Hospital (1), Palmerston North (1). Seven of the 26 people are in intensive care or high dependency units.

The Herald understands the case in hospital in Palmerston North is an Auckland truck driver who tested positive and has been isolating.

74 per cent (31) of yesterday's cases had exposure events in the community.

Regarding wastewater testing, there had been no unexpected detections in the last 24 hours, including new detections in Hamilton and Palmerston North – both on Wednesday and Thursday.

About 5000 testing swabs were taken in the Waikato yesterday. There are pop-up testing sites operating today at Claudelands, Te Rapa, Karāpiro, Raglan and Kāwhia. The existing testing centre at Founders Theatre is also open.

A record number of vaccinations were administered in the Waikato with 9946 doses given. Large increases were reportedly seen in rural areas. In the Waikato, 78.2 per cent those eligible have now received their first dose and 52.6 per cent are fully vaccinated.

As Northland moved into snap level 3 status overnight, public health experts have warned against any move to further loosen restrictions in Auckland next week for fear of case numbers spiralling out of control.

Cabinet will meet on Monday to discuss any potential changes in Covid-19 levels.

Ministers early last night held an emergency meeting where they decided to place Northland into level 3 until midnight Tuesday. That decision, as well as whether restrictions in Auckland could be loosened, will be debated on Monday.

But Covid-19 modeller Michael Plank - speaking after 44 new community cases were confirmed yesterday - warned against any thought of easing up on Auckland.

"It does already look like cases are trending upwards, so I think relaxing further at this stage would be a real risk that you'd see cases spiral out of control."

Mystery has surrounded the Covid-positive woman who travelled through Northland before the region moved to level 3.

Former deputy Prime Minister Winston Peters made a bombshell statement on morning television, saying the woman was brought to Northland by the Mongrel Mob under false pretences.

Peters alleged the woman stayed in a hotel in central Whangārei, but when she had a Covid test and it came back positive, she fled to a marae further north, he told Newshub Nation.

When police went to arrest her at the marae, she had already left, Peters said.

The Ministry of Health says the person remains in an Auckland quarantine facility. A second person, who is thought to have travelled with the case, has not yet been able to be contacted.

Public health staff continue to work closely with the case and the Police to determine any locations of interest or exposure events, the ministry said. 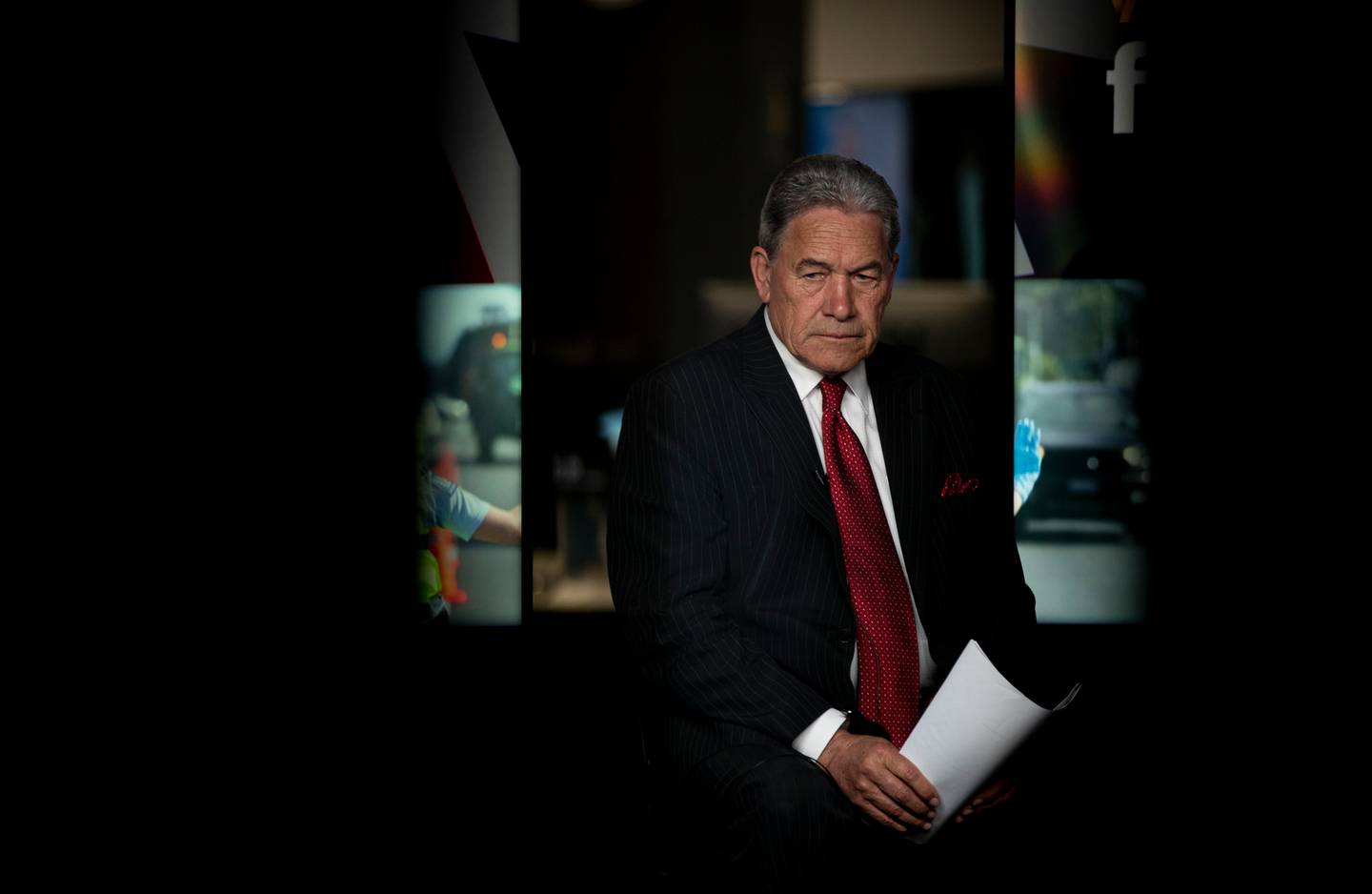 The Mongrel Mob leader named by Peters says the allegations are "totally unfounded".

Newstalk ZB's Jack Tame says the leader told him over the phone he was in Auckland and he had not been to Northland during this outbreak. "He laughed and said he believed the allegations had been driven by a moral panic over gangs."

The claims, along with other allegations about the woman, have been widely circulated on social media, text and email but have not been confirmed by officials or the Government.

Covid-19 Response Minister Chris Hipkins told a hastily arranged press conference last night that he did not have information to suggest the woman was connected to a gang.

A reporter at the press conference said they had been told the woman is a sex worker but Hipkins said he could not confirm that - he had not been briefed that was the case.

Peters told Newshub Nation he was absolutely certain of his sources and claimed health authorities and Ardern knew days ago who the person travelled with.

The Herald has been attempting to confirm speculation about the case, before Peters' appearance on television.

Hipkins revealed yesterday that the woman - who had returned a weak positive test result in Northland - had again tested positive for the virus in Auckland.

The woman is believed to have travelled around Northland including to Whangārei, Kamo, Paihia and Kawakawa, before returning to Auckland.

However, locations of interest are limited to two service stations as the woman had been "unco-operative" with authorities in determining her movements in the region, according to Hipkins. 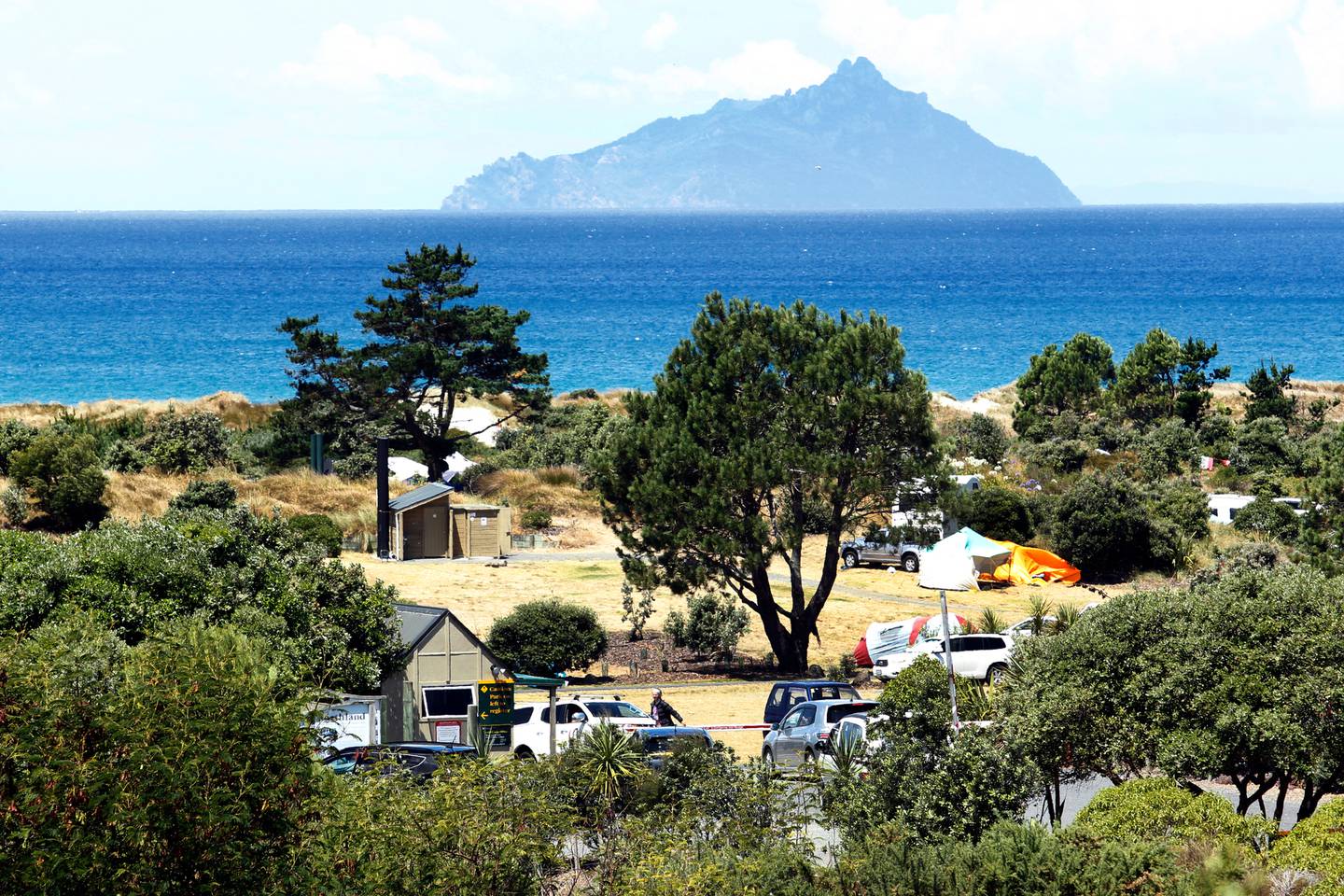 It was also understood the Uretiti Beach DoC campsite south of Whangārei was another location of interest. This hadn't been confirmed by Northland DHB or Ministry of Health yet.

In response the Tai Tokerau Border Control group had established a checkpoint north of Whangārei at Waiomio and was turning away anyone not travelling for essential purposes.

There were suggestions another checkpoint would be erected near Kaeo, in the Whangaroa area. Mobile units may also be employed to restrict movement in the Far North.