Eighteen new cases of Covid-19 have been detected at New Zealand's border - including 13 mariners from the Viking Bay fishing vessel.

There are no new cases in the community.

The 15 positive Viking Bay crew members, which included the two people who tested positive last week, are all in a quarantine facility in Wellington. Five Covid-negative crew members are still aboard the vessel and would be subject to additional testing in the coming days.

Testing continues for the Spanish-flagged shipping vessel, Playa Zahara, where reports of flu-like illnesses originated last week. It had applied for a change of crew while berthed at Port Taranaki.

The ship will depart from its onshore quarantine location once testing is completed and would remain offshore until results were available tomorrow. If they were negative, a crew change would be granted.

The first two managed return flights from Sydney are landing in New Zealand later today at 5pm in Christchurch and 7.30pm in Auckland, bringing home Kiwis who were stranded across the ditch.

Everyone aboard these flights will spend 14 days in MIQ and therefore not require a pre-departure negative Covid test.

Travel histories will be inspected to prevent returning Kiwis who had been in New South Wales from 10.30pm on June 26 from travelling to other states as a way to get around the state's travel pause with New Zealand.

Today's update also comes as officials in Australia deal with a growing cluster in New South Wales that has now jumped the border into Victoria.

Three new cases have been reported in Victoria after travellers from NSW tested positive for Covid after initially returning negative results.

Prime Minister Jacinda Ardern said this morning that the Government was keeping an eye on developments in other Australian states.

Confirmation that the virus was back in Melbourne means officials on this side of the Tasman are also on alert in case of a need to pause the travel bubble with Victoria, as has happened before.

A Ministry of Health spokesman told the Herald: "The ministry is continuing to closely monitor the situation in Victoria and other Australian states - as we do when any cases of this nature emerge - and will issue updated health advice if required."

That takes the total of infected crew members on the Viking Bay to 15, after two earlier tested positive. Those affected have since been transferred to a quarantine facility in Wellington.

The Ministry of Health said of those who tested positive, 12 crew members are regarded as being in the early stages of their infection and one may be a historical infection.

Another five crew members remain on board the vessel. They have returned negative test results to date, but will continue to be tested over the coming days and monitored closely for any flu-like symptoms.

Genome sequencing is now under way for the 13 who have Covid-19.

The Spanish-flagged Viking Bay had earlier been docked off the coast of Taranaki.

Now another ship docked at Port Taranaki is reporting crew with flu-like symptoms. 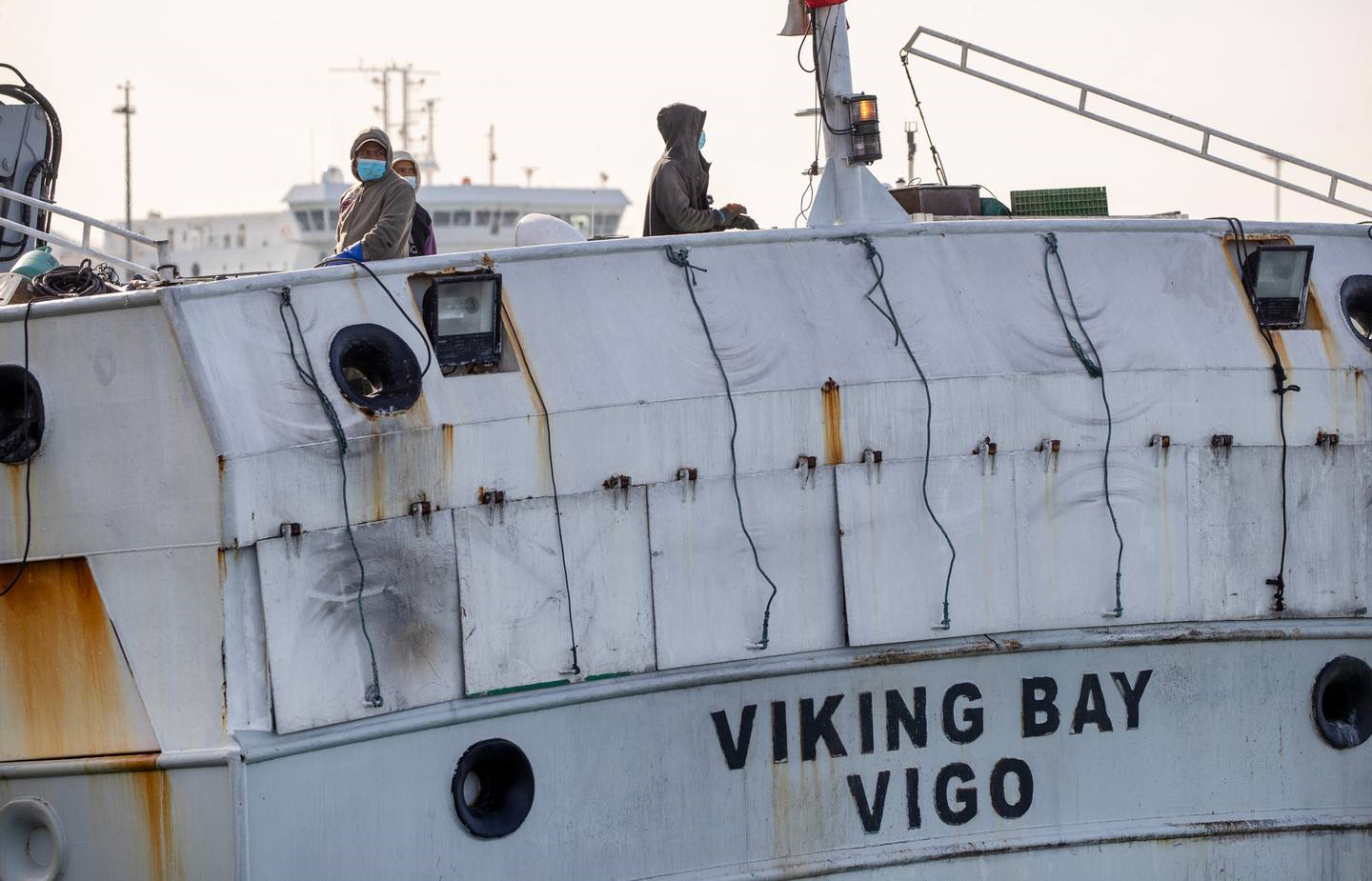 The Playa Zahara, is due to be brought in to port today so crew members can be tested for Covid.

Strict protocols are being carried out for that to happen. The testing operation is expected to take about four hours.

Port Taranaki chief executive Guy Roper said the vessel will be piloted remotely into port, meaning no Port Taranaki pilot or other staff members will go aboard.

It will then moor at a special area sea aside for quarantine vessels on Moturoa Wharf.

"Those tying up the vessel will wear full [personal protective equipment] and will have no contact with crew."

After the Playa Zahara crew members are tested by public health staff on the wharf next to the ship, the crew will return to the boat and head offshore as health officials wait to get the results back.

Yesterday's Covid update reported one new positive case in an Auckland managed isolation facility. No cases were reported within the community.

The sole case is a person who arrived on a flight from the Netherlands, via Singapore, on Friday. They returned a positive result on day 1 of their testing routine.

Since January 1, this year, 87 historical cases have been reported out of a total of 596 cases.

The seven-day rolling average of new cases found at the border is one. Our total number of confirmed cases stands at 2412.