The cost of repairing the flood-damaged roading network in provinces along the eastern coast of the North Island – including a bridge that washed away – could pass the $50 million mark.

The extent of the costly clean-up after the three-day storm which lashed widespread areas of the East Coast, Poverty Bay and Hawke's Bay regions in March will exceed what some councils have budgeted for roading repairs for the entire year.

And the Herald can reveal that the areas which endured the greatest damage earlier this year – the East Coast and Poverty Bay – are still waiting for multi-million-dollar roading repairs to begin for some of the widespread damage caused by two major storms which hit in mid-2020.

The bill for those repairs has been put at $16.8m.

An assessment is still being conducted into roading damage within the Gisborne District Council's (GDC) boundaries, with it expected to be released at the end of May.

But Bill Burdett – the Ruatoria-based GDC councillor for the Matakaoa-Waiapu ward – said given the widespread roading damage from the March storm, he thought costs would exceed the cost of the 2020 weather events. 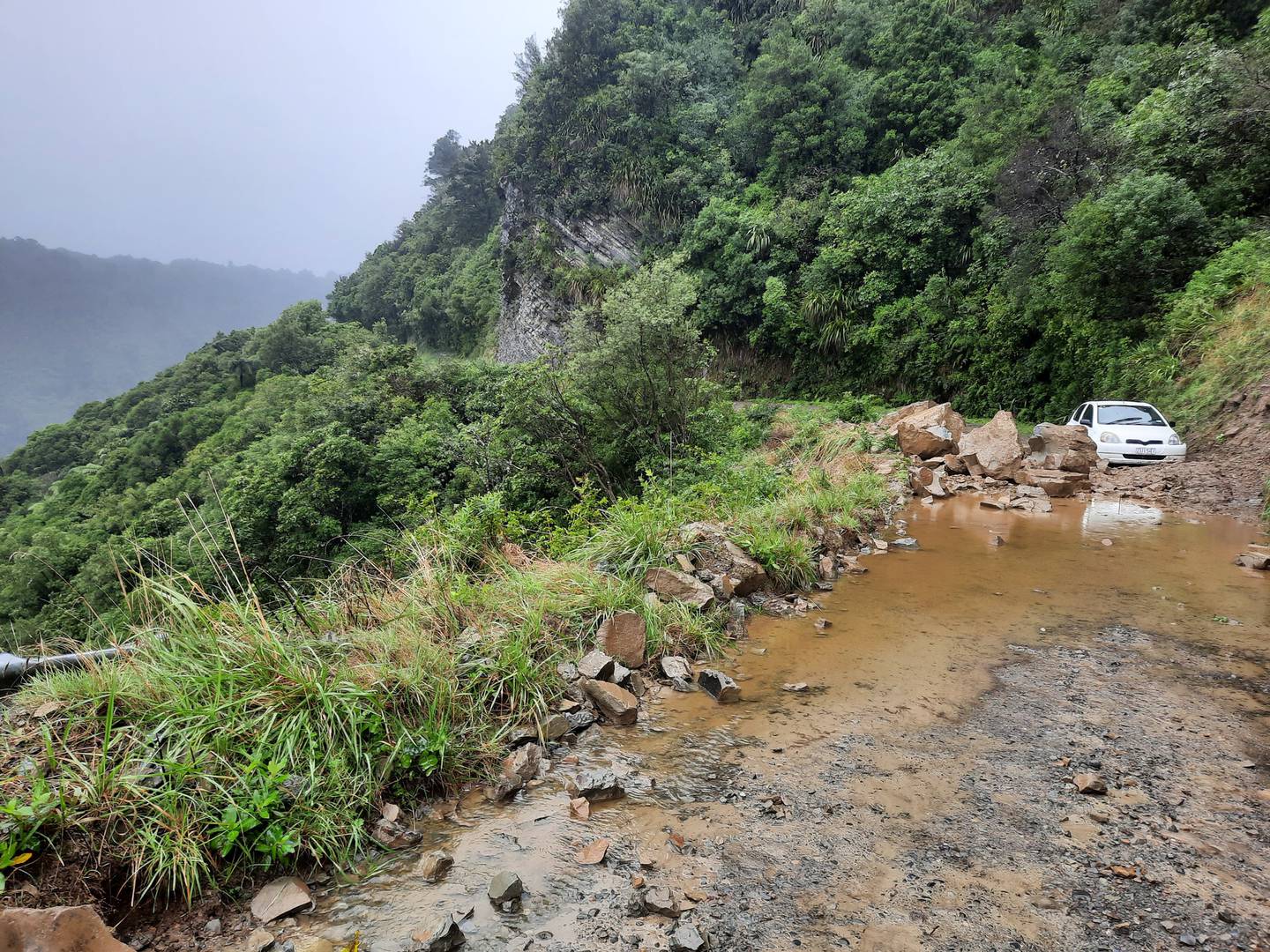 A large rockfall which closed a section of SH38 during the storm in March. Photo / Neil Reid

"I believe so," Burdett told the Herald.

"In specific areas in Toko, they got really hammered ... and I mean hammered. The Makarika Valley was probably worse in some cases, the damage down there [compared to 2020].

"And there were other areas that were badly knocked around."

That includes Tokomaru Bay, which had the bridge going through the town washed away.

The worst hit areas were lashed by 230mm of rain in a six-hour period on the first night of the March storm.

Other councils have already released the likely cost of how much their March roading clean-ups are set to cost. Damage within the Wairoa District Council (WDC) – which covers the northern Hawke's Bay – could cost up to $30m.

Damage from it was magnified by two further heavy rain events which hit within 10 days.

"We are looking at $25m–$30m in damage," Little said. "That is pretty much our annual spend on roading. It is huge.

"The damage to the roading is just massive. Generally, with a slip, you can just clear it off a road. But the roads have been dropping out ... I have never seen anything like it ... the damage is as bad as we have had." Contractors work to clear debris and heavy logs from under the Gladstone Bridge in Gisborne in March. Photo / Neil Reid

Little said the council was in discussions with Waka Kotahi NZ Transport Agency over how much it could contribute towards the potential $30m bill.

The roading body normally subsidises council-required roading repairs to the tune of 75 per cent, and up to 95 per cent after an emergency event.

A document released by the Central Hawke's Bay District Council said damage to roads in its catchment was expected to be around $2.6m.

"The damage ranged from washouts (under-slips), general debris on the road network, over slips, scouring, blocked culverts and numerous trees which were blown down from the storm's accompanying winds." Heavy flooding in a paddock in a vineyard on the outskirts of Gisborne. Photo / Neil Reid

Meanwhile, Burdett spoke of the frustration felt on the East Coast due to ongoing delays for repairs to begin to fix damage sustained almost two years ago.

"They have got to try and catch up," he said.

He said the lag time was "having an impact on the people on the coast, and that is very unfair. It is disappointing to say the least.

"There is no confirmation on when we are going to get action." A road closure point on SH35 on the outskirts of Tolaga Bay during March's big flooding event. Photo / Neil Reid

He said the condition of some parts of SH35 – which stretches from Gisborne up and across to Ōpōtiki – was "a joke". That included "massive drop-outs" which have seen the state highway reduced to one lane in some places for more than 15 months.

He added a section south of Ruatoria was a "disgrace", while the area around the Waipiro Bay turn-off was a "bloody disgrace".

A roading report submitted to the Gisborne District Council in April said the "next four months are critical for delivery but are being heavily influenced by Covid and weather".

Of the $16.8m price tag, the report said "$13.15m of work is scoped with the remainder being initial response costs, designs, professional services and internal costs".

The report stressed the desire "to complete as much work as possible" before the end of June. Fast-rising surface water on the side of SH35 near Tolaga Bay. Photo / Neil Reid

The tender process for five contracts – which have an estimated combined cost of $5.19m – ended in March.

Workflow on an estimated further $3.6m to cover "enhanced drainage and/or major culvert improvements" was also being confirmed.

The report said the ongoing Covid-19 pandemic and weather conditions the two "main risks" standing in the way of progress.

"Omicron is starting to have an impact on construction crews especially those with young children," it stated. "Contractors are trying to work within bubbles to mitigate this but there will be lost productivity issues over the next three months.

"Weather – heavy rainfall events aside, the last five months have not been favourable for construction with considerable downtimes due to continual rainfall."