Billionaires looking for a bolthole safe from the spread of coronavirus have been eyeing up New Zealand.

An official said there had been a "small upswing" in private jets arriving in Queenstown. 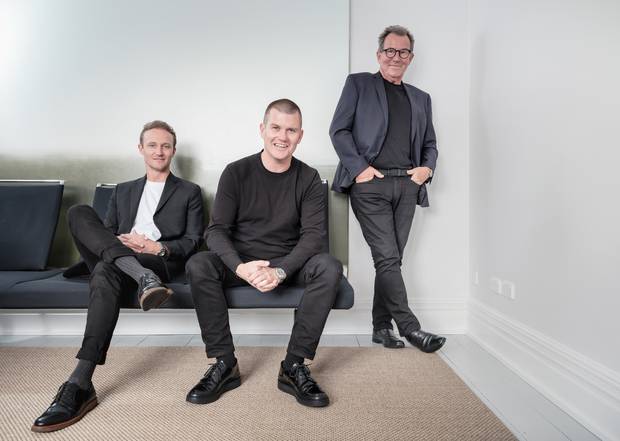 "I've had calls from people wanting to come here. One lot of Americans we've just taken around [properties] in the Bay of Islands.

"They think New Zealand looks the best place to ride out the virus."

US president Donald Trump yesterday declared a national emergency as cases continued to rise and public life ground to a halt as schools closed, top sport was suspended and Broadway shut its doors.

New Zealand has so far escaped the community transmission which triggered skyrocketing numbers of sick in other countries, such as Italy and Iran.

The American family in New Zealand, which included elderly members, wanted to buy a New Zealand property but after discovering that - under foreign ownership laws - wasn't possible they switched to hunting for a luxury rental.

They could stay in New Zealand for three months as visitors, but one had told Wall a border closure trapping the family here would be welcome.

"The wife, who's in her 80s, she said, 'Graham, if they shut the f***ing world and we're stuck in New Zealand that would be our dream come true."

Before Ardern's announcement that people travelling to New Zealand would have to self-isolate for 14 days, Wall's Australian client was due in on Wednesday by private jet before travelling on to Queenstown.

"You're pretty safe on any plane, but you're at high risk in the airport. On a private jet you can clear customs on the jet and get straight into your car."

Before the announcement, Wall had been expecting more calls.

"Given the situation in America, there will be more."

He attributed the resilience of private jet activity at its facilities at Queenstown, Christchurch and Wellington airports to New Zealand's reputation as a safe haven.

For high-net-worth individuals and families, it made sense to use a private jet rather than commercial services during a global health scare, Van Dyk said.

From March 7 until yesterday nine private aircraft landed in New Zealand, two - from Hawaii and Perth - at Queenstown Airport, according to the New Zealand Customs Service.

Other arrivals in the last week were four from Samoa, Sydney, the Gold Coast and Hong Kong at Auckland Airport, where a spokesman said there hadn't been a noticeable increase in private jets arriving in the past month, compared to previous years. 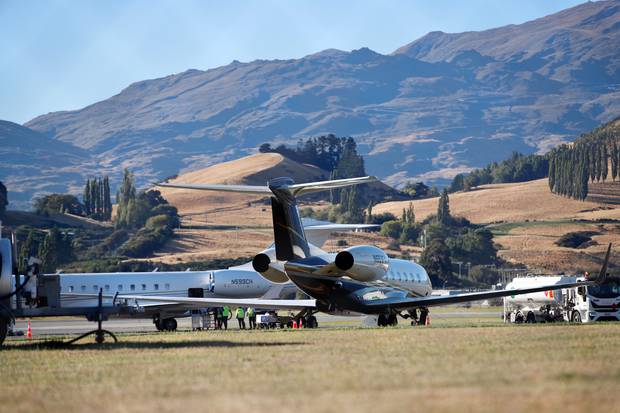 There has been an increase in private jets arriving at Queenstown airport. Photo / James Allen

The resident who spotted the five private jets at Queenstown Airport said one included a Bombardier 6000 worth "well over $50 million".

"Five jets in one day is a busy day out there... It's normal at Christmas and [during] the Winter Festival. But it's pretty quiet now."

Those with plenty in their pockets were also tempted by the now sold out $100 Airinum "urban air mask" mode, modelled by Gwyneth Paltrow, and luxury brand Byredo's "suede" hand sanitiser.

The $50 alcohol gel promised to "gently unfurl with nuances of lily of the valley and violet before settling on a bed of soft musks".

Masks were also seen on the youngest and oldest famous faces, from teen music sensation Billie Eilish to 86-year-old Dame Joan Collins, while Kim Kardashian shared advice on how to greet somebody using only your feet.