Panicked shoppers have forced the closure of a major food wholesaler on Saturday and today despite the Prime Minister urging New Zealanders to go about their daily lives after the country's first case of coronavirus.

Gilmours was forced to close its North Shore Cash and Carry store on Saturday due to overwhelming demand from customers. The wholesaler announced on social media its North Shore and Manukau stores will be closed today and reopen on Monday.

At other supermarkets across Auckland, queues were out the door and shelves were stripped of essentials like toilet paper and water. Hand sanitiser has been unavailable at supermarkets for days due to the coronavirus scare.

A shopper at one Pak'nSave supermarket on Friday night said it was as if people were "stocking up for the apocalypse". 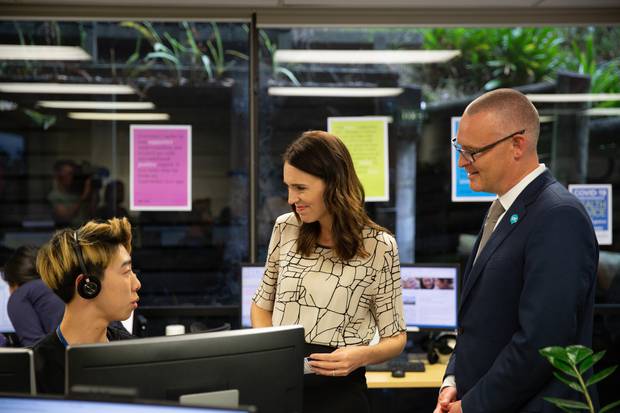 Prime Minister Jacinda Ardern and Health Minister David Clark meet with staff at the Healthline office in Grafton, Auckland, the day after a first case of coronavirus was confirmed in New Zealand.

On Saturday, Prime Minister Jacinda Ardern called for calm at a media conference.

"If you need a bottle of milk, go and get it. If you don't, do not react in any other way than you would any other day," she said.

Her advice was echoed by Auckland Mayor Phil Goff and University of Otago professor of public health Michael Baker.

Goff said in a video posted on social media it was only natural that people were anxious about the first case of coronavirus and what it meant for them and their families, but at this stage there was no need to panic.

People should take sensible precautionary measures, he said, but there was no reason to change normal daily life.

Baker said: "For the moment, it's really just business as usual across New Zealand. We're not looking at community transmission at all as, I think, has been pointed out."

The Director General of Health, Dr Ashley Bloomfield, reinforced the importance of taking basic precautions, everyone playing their part and not alienating groups or communities.

This was a good time for New Zealand to prepare, not panic, he said.

A 60-year-old passenger who arrived at Auckland Airport on Emirates Flight EK450 from Iran, via Bali, on Wednesday with a cough and difficulty breathing became the first coronavirus case in New Zealand yesterday.

They called the Ministry of Health's Healthline, were advised to seek medical attention and went to Auckland Hospital's emergency department. Two throat swabs came back negative. A third test because of where the person had come from - Iran with the third highest number of deaths from the virus - and the fact the symptoms match the virus, came back positive.

The person is at Auckland Hospital in a negative pressure room to prevent any spread of the disease. They are in an improving condition. 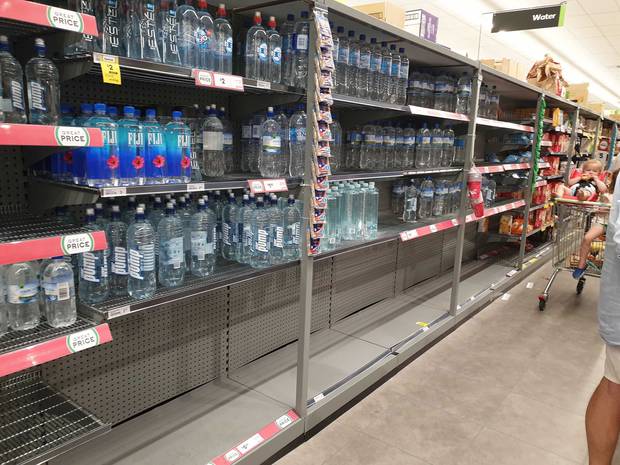 A man who was within 10 rows of the person infected with coronavirus on the flight to New Zealand is furious authorities have not contacted him - and National are now criticising the official response.

The Auckland man reopened his business after arriving home from Bali on the Wednesday flight, something that put him in contact with a number of clients throughout Friday.

He only learned a fellow passenger had coronavirus after friends saw it on the news. Despite having no symptoms himself, he has now closed his business and put himself into self-isolation.

"It is really shameful the way it is being handled," he said.

"The minute that person was suspected, they should have contacted everybody. I'm pretty sure that person would have gotten up, moved around, used the bathroom, talked to cabin crew. It is actually pretty scary."

National Party health spokesman Michael Woodhouse has criticised advice to passengers on EK450, saying he has been contacted by a passenger who developed a cough after landing - but was told not to self-isolate.

Bloomfield said the person wore a mask during the flight so it was unlikely they had transmitted it to other passengers. But authorities were contacting flight crew, close contacts and people who were sitting near the individual. They would all be asked to self-isolate for 14 days.

One of New Zealand's largest universities has cancelled or postponed all non-urgent overseas travel by staff. Waikato University Vice-Chancellor Neil Quigley said travel insurers will not cover anyone who contracts Covid-19, the official name given to the coronavirus. An exception would be made to recruit international students, he said in an email to staff.

The Samoan government has responded to the spread of the coronavirus globally and developments in New Zealand by reducing the number of international flights to Samoa.

It will also require all travellers entering or transiting through Samoa to have a medical clearance report from a doctor. The measures come into effect on Tuesday.