A complete set of Cook's Voyages in first editions will be auctioned in New Zealand next week.

The voyages of Captain James Cook (1728–1779) includes three volumes relating to the famous explorer's circumnavigation of the globe.

Auctioneers Webb's says the set is in "remarkable condition", with all books in their original bindings – an "extremely rare quality" given that the publications are more than two centuries old.

A set of this quality has not come on to the market for many years, Webb's says.

Often, bindings are damaged or sets are cobbled together from more than one incomplete set. And although they remain very rare and highly valuable, this set has been billed as "a collector's dream", with all books from the original set in fine condition.

Webb's expect Cook's Voyages to sell for more than $50,000 when they go under the hammer next Wednesday, February 2.

"These books are from a private New Zealand collection, though they were acquired from Bonham's in London – a distinguished auction house," says Ben Erren, head of decorative arts.

"A complete set of first editions in original bindings like this is incredibly rare.

"We have already registered strong buyer interest from within the country and internationally." 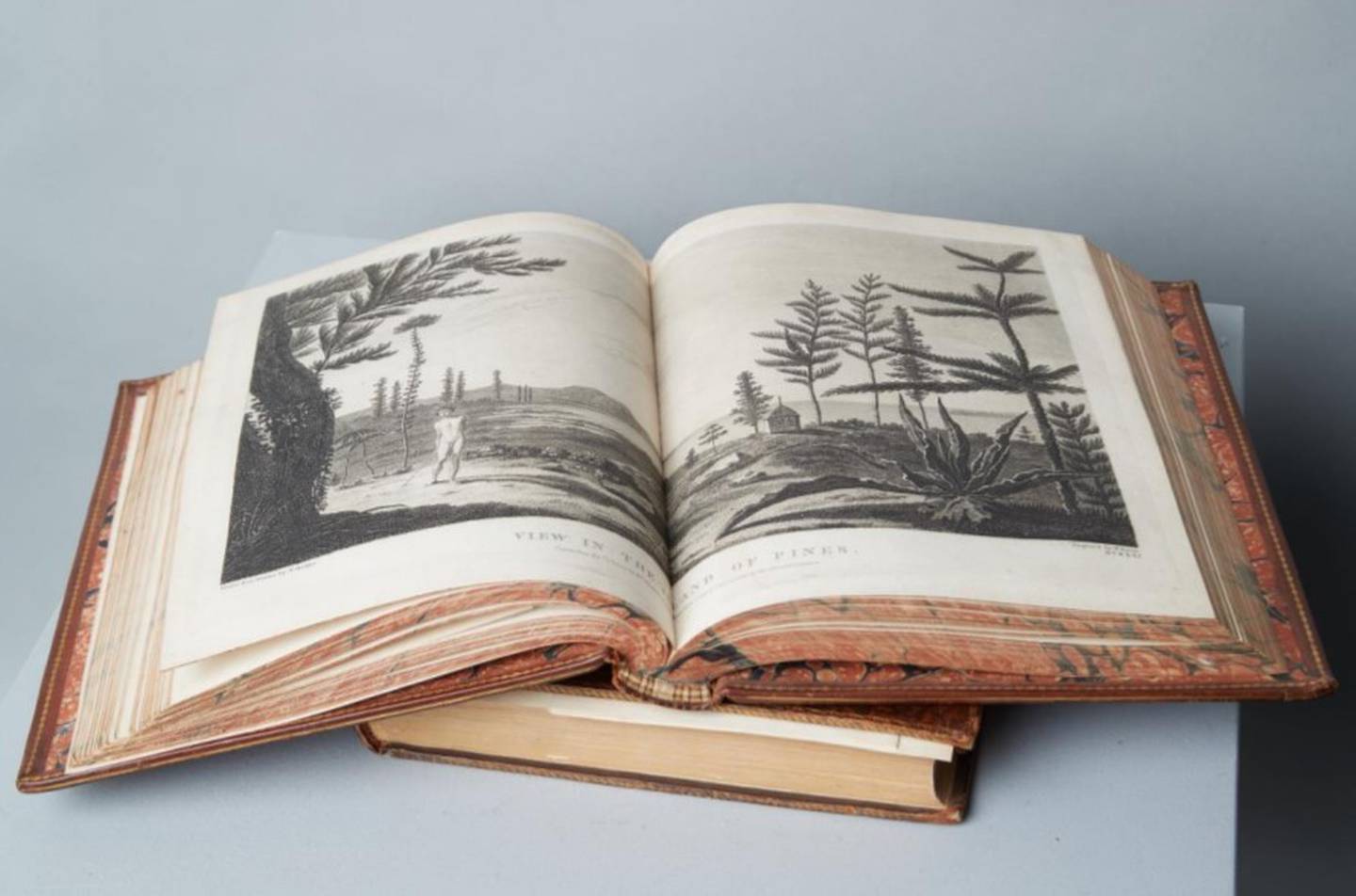 The auction also features "an array of exquisite objects" from diverse regions of the world, including Tanzania, Congo, Papua New Guinea, and Aotearoa.

A significant portion of the items in the auction are from the Lim-Strutt Family Collection – a Hamilton-based family who assembled a remarkable collection of ethnographic artefacts over decades.

While it includes material culture from many regions of the world, the collection is particularly focused on African objects.

It first started over 30 years ago, when economist Steven Lim received a sculptural object from his brother, who was travelling in Africa at the time.

The gift struck a chord, and Lim was smitten.

A few months later, he travelled to New York City to learn more. New York was the major Western centre for African art, its dealers and connoisseurs the most knowledgeable outside of Africa.

The collection grew from there, and over time it became a family pursuit.

Lim's partner Anna Strutt and their children Serena and Juliet Lim-Strutt all took an interest and engaged in the collecting process.

"The Lim-Strutt family has built an extraordinary collection, which Webb's is honoured to bring to auction," said Erren.

"We are sure that collectors will find this selection fascinating and enticing."