One of New Zealand's oldest boys' schools is welcoming its first non-male student.

Staff at Christ's College – a 169-year-old Anglican boys' high school in Christchurch - have been working alongside one of their students who now identifies as gender diverse, but wants to remain at the school.

Deputy principal Rob Donaldson said the school's virtues of respect and compassion have guided them.

"We put the wellbeing of our students above all other considerations and we ask people to respect the student's privacy and choices [to remain at the school]," Donaldson said.

The school has sought guidance from Qtopia - an organisation supporting rainbow young people in Christchurch.

Post Primary Teachers' Association's rainbow taskforce convener Shawn Cooper said having transitioning students at single-sex schools may seem like a mismatch from the outside - but that's not the case.

"One of the most important things to do while students are on a journey to discover their gender identity is make sure they're in a safe and secure environment - and single-sex schools can often be the best place for them." 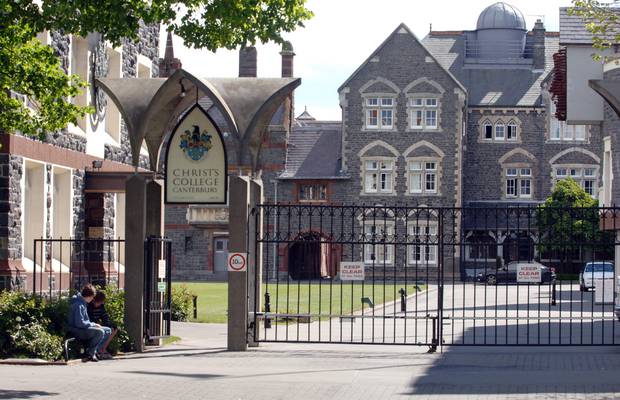 Christ's College, one of New Zealand's oldest boys' schools, has sought guidance from the Qtopia, an organisation which supports rainbow young people in Christchurch. Photo / NZPA

Some people may find older schools, which are steeped in tradition, challenging, Cooper said, but it might be the best place for the student who's transitioning.

"Others may choose to leave that single-sex environment. Each student is unique."

Teachers can do a lot to help ease the process – starting with getting their name and pronouns right, Cooper said.

"Some students who may identify as gender diverse or non-binary or gender fluid – they may have a specific name they want to be called by, which may not be their birth name.

"There's also the pronouns they prefer to be called by. For a male student they'd naturally use 'he' – whereas gender diverse students might want to be called 'they' or the gender they identify with."

Rainbow Youth spokeswoman Toni Duder said it's important to teach the school's other students about gender identity and sexuality.

"It's about getting them to understand that throughout their lives they will encounter gender diverse people, and teaching them to treat them with kindness and respect."

But you don't have to do it by pointing out the rainbow people in the room, she said. 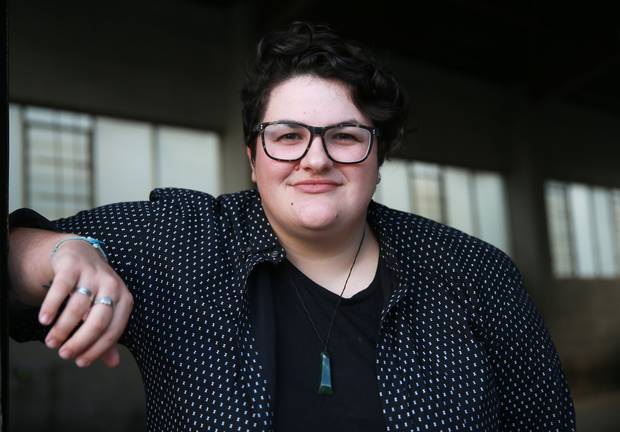 "You don't even have to know of any gender diverse students to effectively educate your school. Being proactive about that education is key," Duder said.

"We often get schools saying to us they don't have any gender diverse students, and I say the chances are you do – but they're not out because nobody's told them it's a safe environment."

It's also important to protect individual's privacy and make sure their confidentiality is respected, Duder said. This includes making sure staff are aware of their responsibilities towards the students – such as not outing them to others unless it's absolutely necessary.

Schools should also look at what barriers there may be to the student's learning, she said – which can be even more of a challenge at single-sex schools.

"If you're able to have gender neutral uniforms – that doesn't change anyone's learning abilities. It just means everyone has a standard way of dressing."

Bathrooms are a big one too – and all students need to have access to bathrooms they can use safely and comfortably.

If gender diverse students are struggling with their identity or their transition, there is help available. Duder suggests getting in touch with organisations like Rainbow Youth or Inside Out – which are able to provide guidance and advocate for them.

Schools are not legally able to remove students if they begin transitioning – and Duder said they have a responsibility to work with them to make sure their learning is not disrupted and they have the best schooling experience possibly.

Christ's College is not the first boys' school to move changes to accommodate transgender students. Last February, the Herald and Newstalk ZB revealed Auckland Grammar had built a new unisex toilet block to cater for trans students, and was working towards getting a Rainbow Tick - a certification for organisations which are supportive of sexual and gender diversity.

The Ministry of Education has a series of guidelines for supporting students who identify as sex, gender or sexuality diverse available on its website. It advises schools to start by trying to understand the key concerns of the students.

The guidelines recommend four main strategies for action - including ensuring staff are fully knowledgeable on sex and gender diversity and their legal obligations; creating a safe, inclusive environment; making sure the student's needs are met, including uniform options, accessible toilets and private changing rooms; and making sexuality and gender education a normal part of the school's curriculum.