The family of a Southland man missing after a cattle ship sank in the East China Sea have launched a Givealittle page to fund a private search.

Lochie Bellerby went missing after Gulf Livestock 1, the boat he and fellow New Zealander Scott Harris were working on, sank with 43 people on board during a typhoon on September 2.

Bellerby's family earlier said they were "bewildered" by the lack of action by the New Zealand Government, and were planning to mount a private search-and-rescue plan for the missing Kiwi.

They have now created a Givealittle page, which has already raised more than $15,000 towards the search for Bellerby.

The family said on the page they were "still hopeful" he would be found alive. 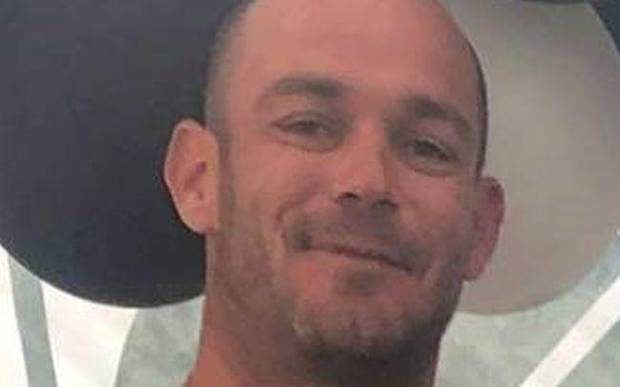 Scott Harris was on his first voyage on the Gulf Livestock 1. (Photo/ RNZ /Karen Adrian)

"Reports have emerged from the found survivors that all but three crew members were on the ship's bridge prior to the boat sinking and were preparing to board the life vessels. All life vessels hold 20-30 people and include enough food and water rations for 30 days," they wrote.

"Throughout this, we believe the New Zealand Government has failed to act to resume the search which we believe was prematurely called off."

"People have survived 41 days on a life raft in this very area before.

"Lochie is a legend, loved by many. He is extremely capable, adventurous and without a doubt possesses the character needed to not only get through this but to help pull others through."

The Transport Accident Investigation Commission (TAIC) has announced it will assist Panama in the investigation by collecting information from New Zealand organisations.

"Under international protocols, investigations into accidents on the high seas fall to the vessel's flag state – in this case, Panama," TAIC said in a statement.

"TAIC's legislation does not allow the commission to open its own inquiry, although it can co-operate and co-ordinate with other accident investigation organisations overseas, including taking evidence on their behalf.

"Consequently, TAIC asked, under the International Maritime Organisation's casualty code, to participate in Panama's investigation as a 'substantially interested state'.

"A state is 'substantially interested' if, as a result of the marine casualty, nationals of that state lose their lives, or has important information at its disposal that the marine safety investigating state considers useful to the investigation."

Following the sinking, animal rights group SAFE and the SPCA have urged the Government to ban live exports of animals.

"The tragic sinking of Gulf Livestock 1 is yet another live export disaster that has put this cruel trade back on the agenda both internationally and for Kiwis at home," said SAFE chief executive Debra Ashton.

"Live export is less than 1 per cent of our overall exports but it has a big impact on our reputation, putting other exports at risk."

"We feel strongly that a collective voice from the leading animal welfare and the leading animal rights organisations in New Zealand is the best way to make our voices heard. We want to see live exports banned effective immediately and we're proud to stand with SAFE to call for the law to be changed."