Adorned in a flower crown and wearing a wedding dress she and her mum had dyed pink, "selfless" Wellington teenager Jemima Winter-Belle Gazley was farewelled on Saturday.

Diagnosed with inoperable brain cancer in February, Jemima connected with strangers all over the world this month, spending the last weeks of her life fundraising for a cure she would not see.

On Saturday, 100 close friends and family gathered in Wellington to celebrate her life and legacy.

Jemima's dad Oliver Gazley said she had requested an open casket funeral, and had chosen her own dress.

"She had made her mum find a second-hand wedding dress and together they dyed it pink, and she wore that," he said.

"She had a flower crown, and flowers all around her."

"She was also presented in a wicker casket rather than a coffin, she looked like a Disney princess." Jemima Gazley was remembered for her strong sense of social justice and wicked sense of humour. Photo / Supplied

A montage of photos was played to music from Jemima's Spotify playlist, and a family friend led the service in singing Te Aroha.

In a eulogy written and delivered by her mum Ray, Jemima was remembered as a lover of the sunshine, natural skier and passionate netballer.

She was also known for her strong sense of social justice, as a feminist and ally to the LGBT community, with "pretty decent climate change anxiety". 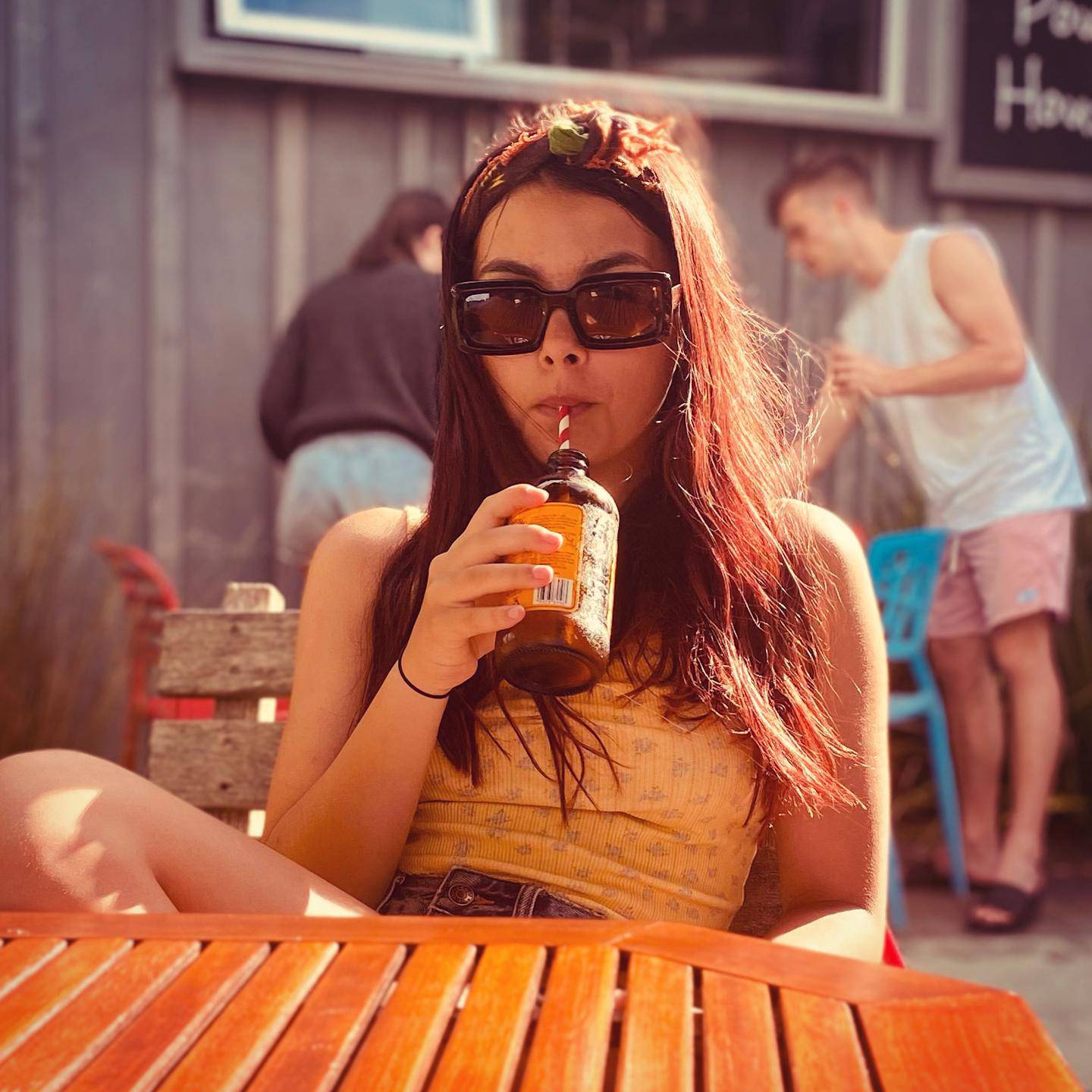 The service heard she had once lobbied as a class representative to have more than one sanitary disposal unit in the school, writing a well-thought letter to the principal, and winning her case.

But Ray said it was Jemima's final chapters that had been her some of her brightest, as she carried the "burden of terminal cancer" lightly and with a "wicked sense of humour."

Ray said Jemima was not defined by her cancer, but it gave her "a counterpoint that catapulted her out of the matrix, and into a new state of awareness."

"She was so in control of her truth and her light – I thought of her as a supernova star, burning its brightest light before it would cease," Ray said.

"This version of Jemima was golden. She was enlightened."

Ray said Jemima had been the happiest she had ever been in the final months of her life, lucky to be alive and freed from the worries and pressures of her pre-diagnosis life.

"We were blessed with meeting the fully evolved version of our daughter, and building a closeness of relationship I can't say I've ever experienced at any other time of my life."

"While facing dying, we learnt about living." Jemima Gazley spent the last ten days of her life fundraising for a cure for DIPG. Photo / Supplied

During this time Jemima selflessly raised funds for a cure for DIPG – her particularly deadly form of childhood brain tumour – to be donated to the work of Australian researcher Dr Matt Dun.

Ray said the NZ Government had given $500,000 to paediatric brain tumour research in the past 14 years, a timeframe nearly the length of Jemima's life, and an effort outstripped by her own in just 10 days.

Selfless to the very end, Jemima's most valuable gift had been her brain and tumour tissue, which arrived safely in Australia last week.

Oliver said they had heard from Dun several times.

"We've had great feedback from Matt Dun in Australia that the tissue and the tumour is in great condition and is viable," he said.

"It makes us feel better that everything Jemima wished for is falling into place, everything has gone to plan."

Ray said on Saturday Jemima's final legacy had "lifted her out of doubt and fear" in her final days.

"It injected our family and home with love and strength and healing… it saw the victim become the victor."

"I would like to believe her name will be remembered as a teenage girl, turned warrior… the player dealt a crap hand, who went on to bluff the devil himself into folding."