Another victim of the devastating Whakaari/White Island eruption has been named - a devoted father of three who was on a cruise with his wife celebrating their 20th wedding anniversary.

Chris Cozad, 43, from Sydney, became the 16th person to die after the eruption when he succumbed to his injuries on December 14. He has been remembered as a "beautiful" father who showered his wife and daughters with love.

Cozad was travelling with wife Bianca and family on the Ovation of the Seas cruise ship.

On December 9 he decided to take the tour of Whakaari / White Island, leaving Bianca and his two younger daughters and other family members behind on the ship.

Cozad was caught in the eruption and suffered severe burns, initially being taken to a New Zealand hospital before being repatriated to Concord Hospital in Sydney. 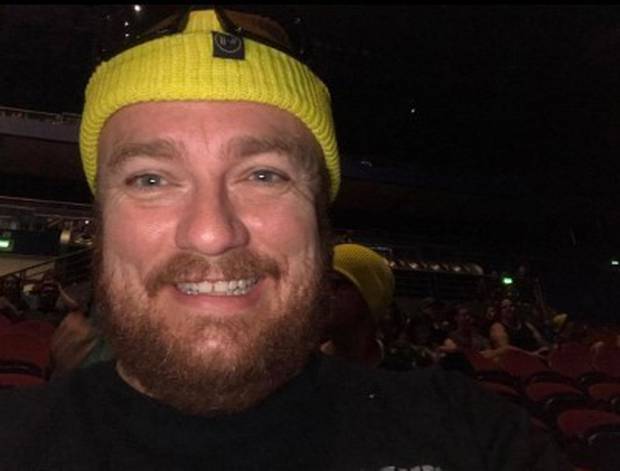 Chris Cozad, 43, was travelling with his wife Bianca on Ovation of the Seas to celebrate their 20th wedding anniversary. Photo / Supplied

On December 14 NSW police said a man had died in Concord Hospital, and his family had asked his name and age not be released.

However Cozad's oldest daughter Emily, 19, has now confirmed to the Herald it was her "beautiful dad" who had died on December 14.

Emily's sisters Lucy, 17, and Olivia, 9, were on the cruise, which was also celebrating Lucy completing her Higher School Certificate.

"He was a really devoted dad and the best husband to my mum," Emily told the Herald.

Her mother Bianca had asked that everyone be told "how beautiful the people of New Zealand were - including all hospital staff from admin to doctors, taxi drivers, people of the public and staff at the airport. Everyone was so supportive and compassionate."

Cozad was a "beautiful dad", Cozad wrote in a post on Facebook to tell people of his death.

"I will forever treasure every second I got to spend with him, the values he has instilled within me and the love he showered me, my sisters and my mum in," she wrote.

"He is someone I will forever look up to and he will be so so so missed. He was and forever will be, the most perfect dad...I hope wherever you are, you'll be proud of everything we do and become."

Friends responding to the post said he was "an amazing man" and a "great father who clearly adored his girls...always happy and laid back".

"His smile was as broad as the sun Em and you know how fiercely proud he was of all of his girls," another wrote.

A cousin who posted a tribute to Facebook said he was lost for words at Cozad's passing.

"Everyone who knew Chris would know and he always had a smile on his face, always would help people no matter what," he wrote. "The world will never be the same."

Cozad's funeral service was held on December 22 in Sydney.