An East Auckland pawn shop is the latest retailer to become a target of ram raids and the manager has said they and others are "bleeding out".

This morning around 2.30am, thieves ram raided the DollarDealers store in Glen Innes.

This comes as a second blow in just days for DollarDealers manager James Delmont after another of the franchise's stores in Hamilton was hit by a ram raid at the weekend.

Delmont says fortunately the offenders were not able to gain entry into the Glenn Innes store this morning.

"They drove a car straight through the front windows and joinery."

However, he said the damage done to the structure of the shop came with significant consequences.

Delmont predicted the store would have to be closed for up to six weeks while waiting for repairs.

"People are waiting months on building materials at the moment and it's no different for a shopfront," he said.

This meant they'd be facing prolonged income losses but the financial burdens didn't stop there.

Delmont said stire expenses would remain high and insurance premiums were increasing alongside the spate of ram raid offending.

"The fact that we'll be full boarded up will mean minimal to none [income[," he said.

"It's just another bitter pill to swallow."

He recognised that he was not alone and said around every third store in Glenn Innes had been boarded up recently after being targeted by ram raiders.

Delmont told the Herald he had to sit at the front of the store in the early hours of this morning as no security guards were available.

"I had to get up at 2am and go there, no static guards in the whole of Auckland were available because there are so many on duty at the moment given the ram raids that are taking place," he said.

"So, I sat in my car right outside the store and protected it myself."

Just three days ago, on Saturday at 2am, DollarDealers in the Hamilton suburb Dinsdale was also hit by a ram raid. 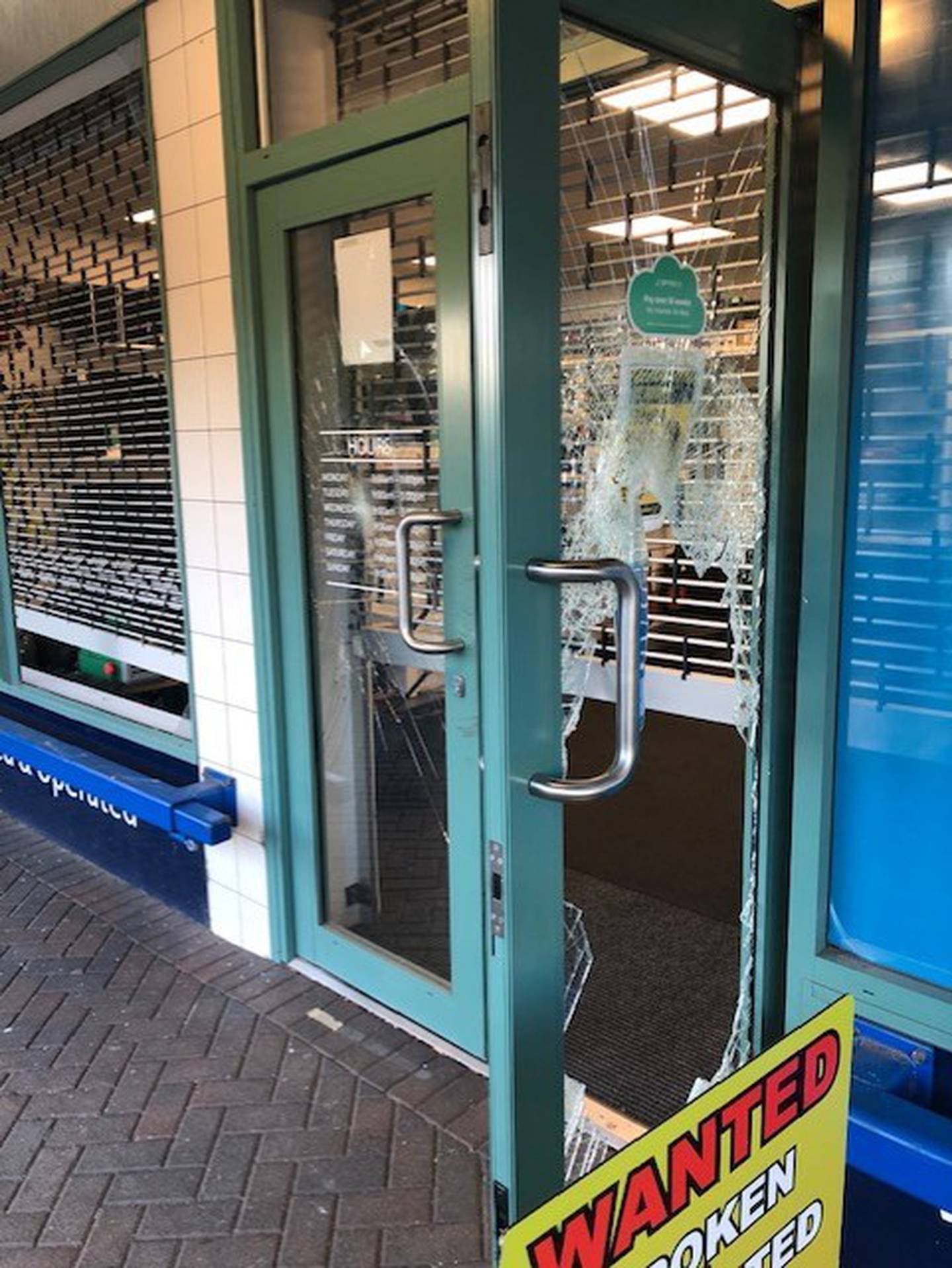 Thieves smashed through the front of DollarDealers in Hamilton on Saturday. Photo / Supplied

Delmont said the thieves got into the store, smashed all the cabinets and stole items.

He said it was the third time in 18 months that the store had been ram raided.

Police explained to Delmont that fingerprints and evidence found in cars were not overly helpful, he said.

"The likelihood of finding suspects is slim, given all are youths with no criminal history and therefore no prints or DNA to match in their systems," he said.

"How can the police do their job, when they don't have the resources, means or power to do it? How can communities be safer together if the police have no power to enforce the law in them? The answer, they can't and are not," he said.

"No one is safe, people are more concerned and wary of their safety than ever."

He said a continuation of ram raids and robberies will kill businesses.

"The costs are becoming increasingly unbearable," he said.

"I am just one of many operators out there, you know we're bleeding out."

These incidents come after a mall in Hamilton was ram raided on Saturday.

Around 5am, two vehicles smashed through the glass doors of Centre Place from Civic Square on Worley Pl.

Police said several people got out of the vehicles and searched through several stores.

They said the vehicles then left the scene through another set of doors.

Kiwi Property, owner of the shopping centre, has been contacted for comment.