Ploughing your car through a glass door isn't exactly a subtle way to arrive at the petrol station you're about to rob.

Neither is launching yourself at the plastic barrier guarding the counter to rip it down before crawling over the bench.

And yet the five men - two clad in high vis jackets - left the Chartwell Gas outlet carrying boxes of stolen cigarettes, their makeshift cloth masks sliding down their chins. 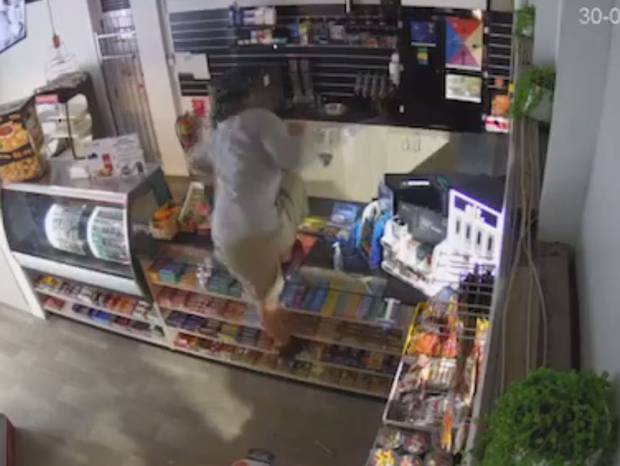 The Glenfield petrol station was ram-raided in the early hours of Thursday morning, before a nearby dairy was also targeted.

Three separate vehicles were involved in the robbery - with one of the trio left wedged through the storefront as the offenders fled.

A police spokeswoman said another store along Chartwell Ave was also ram-raided after the Gas station, which was struck shortly after 1.30am.

"Multiple offenders were involved in each incident," she said.

"The offenders then fled the scene in another vehicle."

Police were following strong lines of inquiry into the offenders involved, she said.

The Gas station owner said his family arrived to find the wrecked store this morning and had spent all of Thursday cleaning up the smashed store.

He told the Herald they were still determining how many cigarettes had been taken in the robbery.

"I wanted to get the word out that this happened, because there's a lot of other stores in the area," he said.

It was the second time in a year that someone had tried to force their way into the store, with the previous incident around seven months ago.

His father said the robbery was especially frustrating as the store had only recently been renovated. 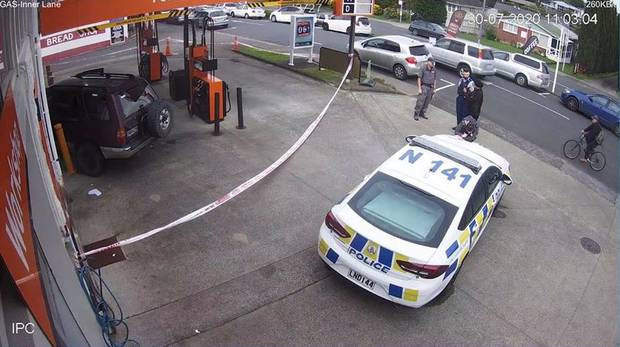 Police say they are following strong lines of inquiry into the offenders involved. (Photo / Supplied)