Name suppression for the Isis-inspired 'Lone Wolf' who stabbed six shoppers in an Auckland supermarket before being shot dead by police has been lifted.

But his identity cannot be revealed until tonight - at the earliest - after a High Court judge last night delayed his order by 24 hours to give the man's family an opportunity to seek suppression orders of their own.

Justice Edwin Wylie made the ruling late on Friday night after Brian Dickey, Auckland's Crown Solicitor, sought to revoke the non-publication order of the same judge following the man's sentence hearing after he pleaded guilty to possession of restricted material.

The reason for the suppression order granted in 2018 also cannot be reported yet.

Barrister Robert Stewart appeared on behalf of NZME, publisher of the Herald, who argued for open justice and the significant public interest in naming the individual who was under 24/7 surveillance by police.

Lawyers for the Isis supporter, Kieran Raftery QC and Davoud Mansouri-Rad, had concerns for the man's family who live overseas and had yet to be contacted.

In lifting the suppression orders, Justice Wylie said there was "without doubt, high public interest in this matter in this country".

He noted Prime Minister Jacinda Ardern and Police Commissioner Andrew Coster had appeared on national television to discuss the attacks at the supermarket in New Lynn, but were constrained in what they could share because of his suppression orders.

Justice Wylie was "alive to the possibility" the family of the man - who can only be referred to as S - may want to make a new application for suppression and gave them 24 hours to do so.

The High Court judge made the order in 2018 after S pleaded guilty to possession of restricted material, in the form of Isis propaganda, and was sentenced to supervision.

He had been arrested the previous year at Auckland International Airport after booking a one-way ticket to Singapore, as police believed he was planning to join the terrorist group Isis in Syria.

A search of S' apartment in Auckland found material that glorified violence, including images of him posing with an air rifle, and a hunting knife hidden under his mattress.

Members of the police counter-terrorism group had been monitoring S since 2016 after he posted "staunchly anti-Western and violent" material on the internet, including explicit images of war violence and comments supporting an Islamic State attack in Brussels.

S was given a formal warning by police but continued posting violent material, including a comment saying: "One day I will go back to my country and I will find kiwi scums in my country ... and I will show them ... what will happen when you mess with S while I'm in their country. If you're tough in your country ... we are tougher in our country scums #payback".

Because of the length of time S had already spent in custody, he was sentenced to supervision and released from prison. 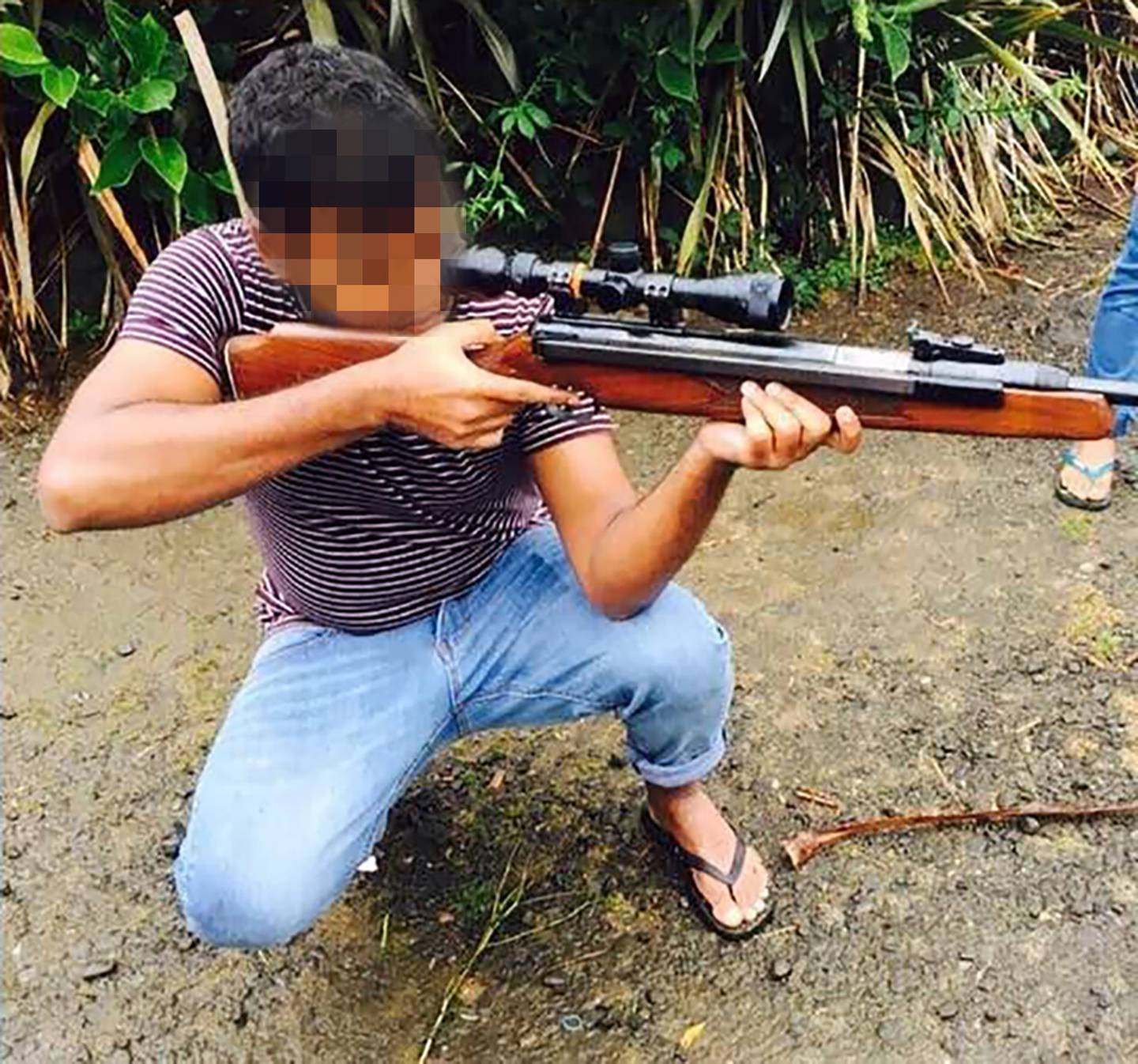 An image from the man posing with an air rifle from the man's since deleted social media accounts which police counter-terrorism officers were watching. Photo / Supplied

The next day, August 7, 2018, S purchased another hunting knife.

Counterterrorism police, who had continued surveillance, arrested him again.

Another search of his apartment found a large amount of violent material, including an Islamic State video about how to kill "non-believers" in which a masked man cut a prisoner's throat and wrists. This time, prosecutors sought to charge S under the Terrorism Suppression Act.

A High Court judge ruled that preparing a terrorist attack was not in itself an offence under the legislation, which he said could be described as an "Achilles heel" hindering the authorities' abilities to stop such would-be attackers.

But Justice Matthew Downs dismissed the Crown's application to charge S under the anti-terror law, saying it was for Parliament, not the courts, to create an offence of planning an attack.

S was instead prosecuted on lesser charges. On May 26, he was found guilty by a jury of possessing propaganda-style material supportive of Islamic State. He was acquitted on other charges of possessing a graphic video depicting a prisoner being decapitated and possession of an offensive weapon.

According to a report prepared for his sentencing in July, S has "the means and motivation to commit violence in the community". Despite police concerns about the threat to public safety, S could only be sentenced to one year of supervision.

Since his release from prison, S had been under 24/7 surveillance by members of the Special Tactics Group, the elite armed police squad. The undercover officers managed to stop him within 60 seconds of his attack, where he took a knife from the supermarket shelf and stabbed six shoppers. Three have life-threatening injuries.

Prime Minister Jacinda Ardern said the attack was carried out by an individual, not a faith, not a culture, not an ethnicity, but an individual person gripped by an ideology that is not supported here by anyone.

"This was a violent attack on innocent New Zealanders, said Ardern. "It was senseless." 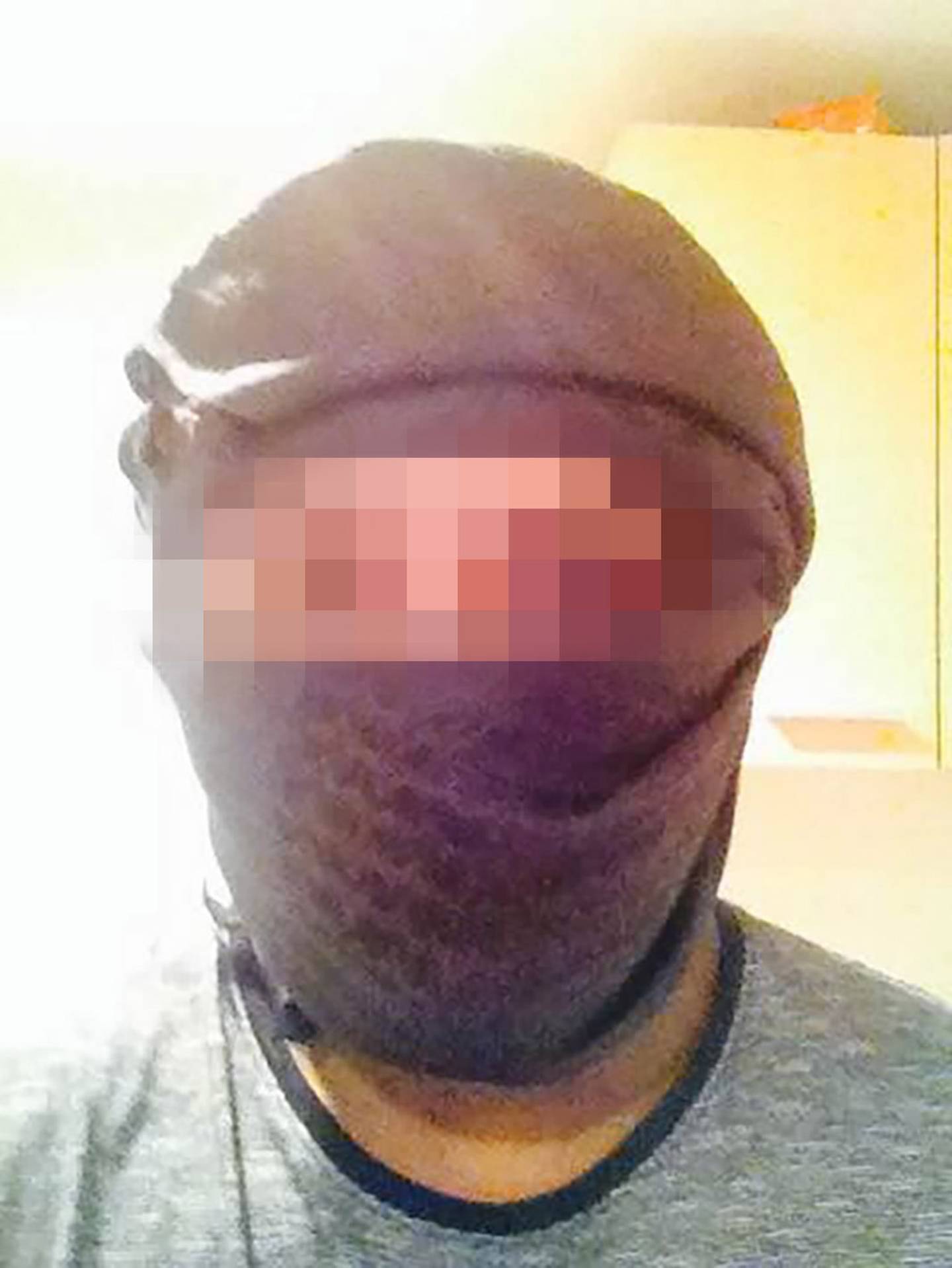 Name suppression for the Auckland mall terrorist has been lifted but delayed for 24 hours. Photo / Supplied