Auckland and Wellington have plunged down the latest rankings of the worlds most liveable cities.

Both cities had been riding high in 2021.

Auckland had been rated the world's most liveable city and Wellington the fourth as New Zealand's success at keeping Covid-19 out of the country proved popular with survey respondents.

But now both cities appear way down the 2022 Global Liveability Index rankings by the Economic Intelligence Unit.

Wellington made the biggest drop out of any city in the index, falling from fourth most liveable city last year to 50th this year.

Auckland suffered the second-biggest drop, falling to 34th this year.

The index rates 173 cities across the world on factors including education, infrastructure, health care, political stability, crime rates and culture and environment.

"Cities in New Zealand and Australia are listed among the biggest fallers in our rankings, including Wellington and Auckland, which tumbled by 46 and 33 places respectively," the report's authors said.

"Both countries benefited in early 2021, when Covid vaccines were scarce: their closed borders kept cases down, keeping liveability high.

"However, this changed as a more infectious Covid-19 wave struck in late 2021, which made closed borders less of a defence.

"Although New Zealand's lockdowns ended in December, before our survey period, its cities no longer have a Covid advantage over well-vaccinated European and Canadian cities."

This year's liveability index was topped by Western European nations.

That included Vienna in Austria, which was ranked the world's most liveable city, scoring almost perfect scores in each of five categories.

Denmark's Copenhagen was second, followed by Zurich in Switzerland, and Calgary and Vancouver in Canada. 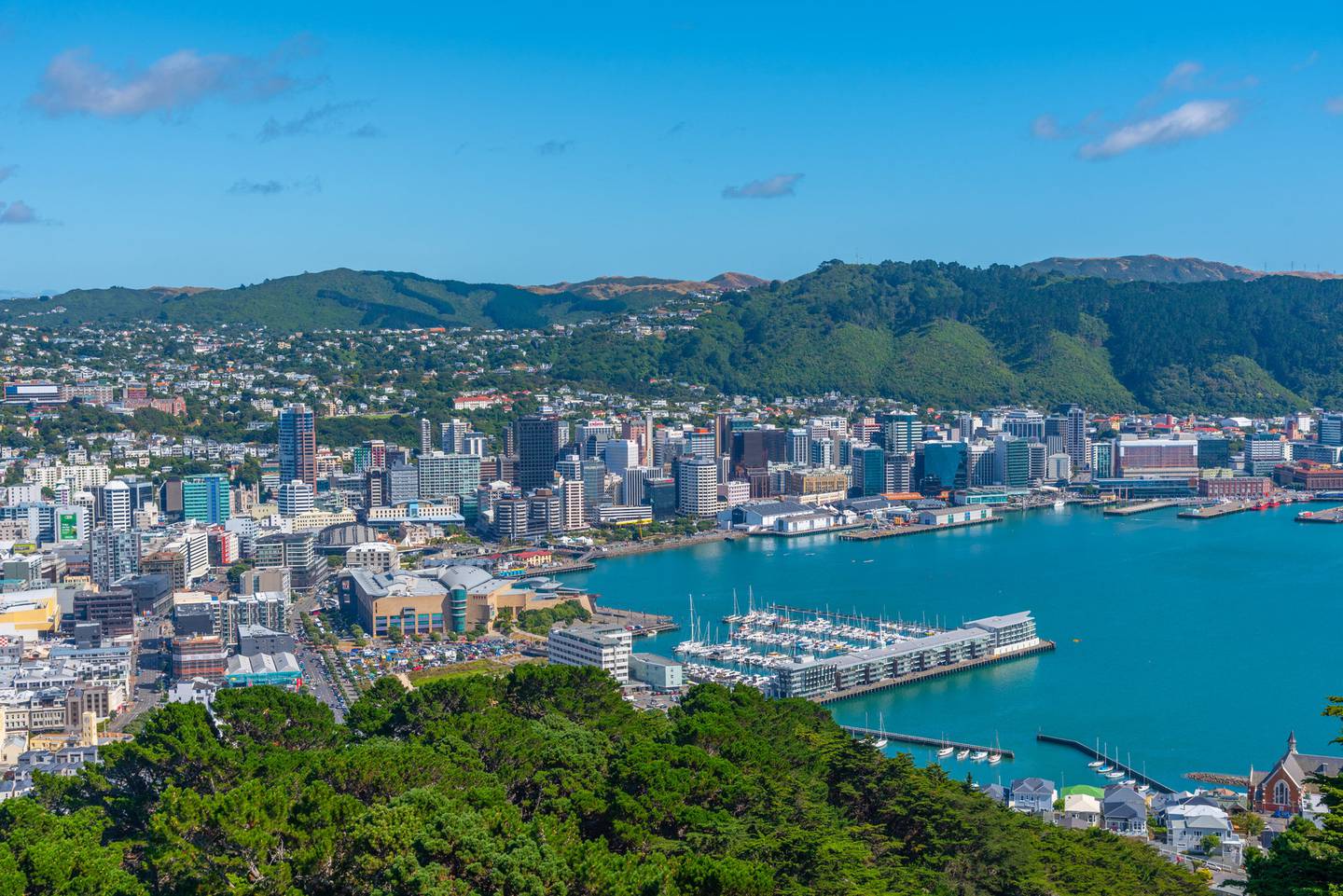 Wellington fell more places in the latest world's most liveable survey than any other city. Photo / 123rf

Melbourne was rated the 10th most liveable.

German cities were among the biggest improvers; Frankfurt jumping 32 spots to be ranked the world's 7th most liveable city.

London was ranked fourth biggest mover, jumping 27 spots to 33 on the list.

"Most German, UK and French cities had slipped in our survey a year ago because they were still under Covid restrictions imposed as the Delta wave spread across the continent.

"This has changed with Covid-19 in the process of becoming endemic and normalcy largely being restored.

Frankfurt has climbed by an impressive 32 places over the past year to 7th, while Hamburg is up by 31 places to 16th.

Three Canadian cities have made it back into the top 10.

The report also warned liveability was at risk in some cities over the next year because of security concerns over the Ukraine war and the threat of new Covid variants leading to some restrictions.

The rising cost of living also threatened to put quality of life in many cities at risk, it said.