A man has been arrested after armed police cordoned off a section of Taumoana Rd in Hastings.

The arrest was made near popular Cornwall Park, as cricketers attended practice and children played nearby.

Minutes before the man was arrested about 5.05pm, another man had yelled he had a replica firearm and ''it's not me'', before he placed the replica slowly on the road near the arrest scene.

The arrested man is led away to a nearby police car in Duke St. (Photo / Paul Taylor)

The man who placed the firearm on the road was not arrested, Hawke's Bay Today understands.

Armed police had set up cordons in the area about 4.15pm after reports that a firearm had been presented during a tenancy dispute. 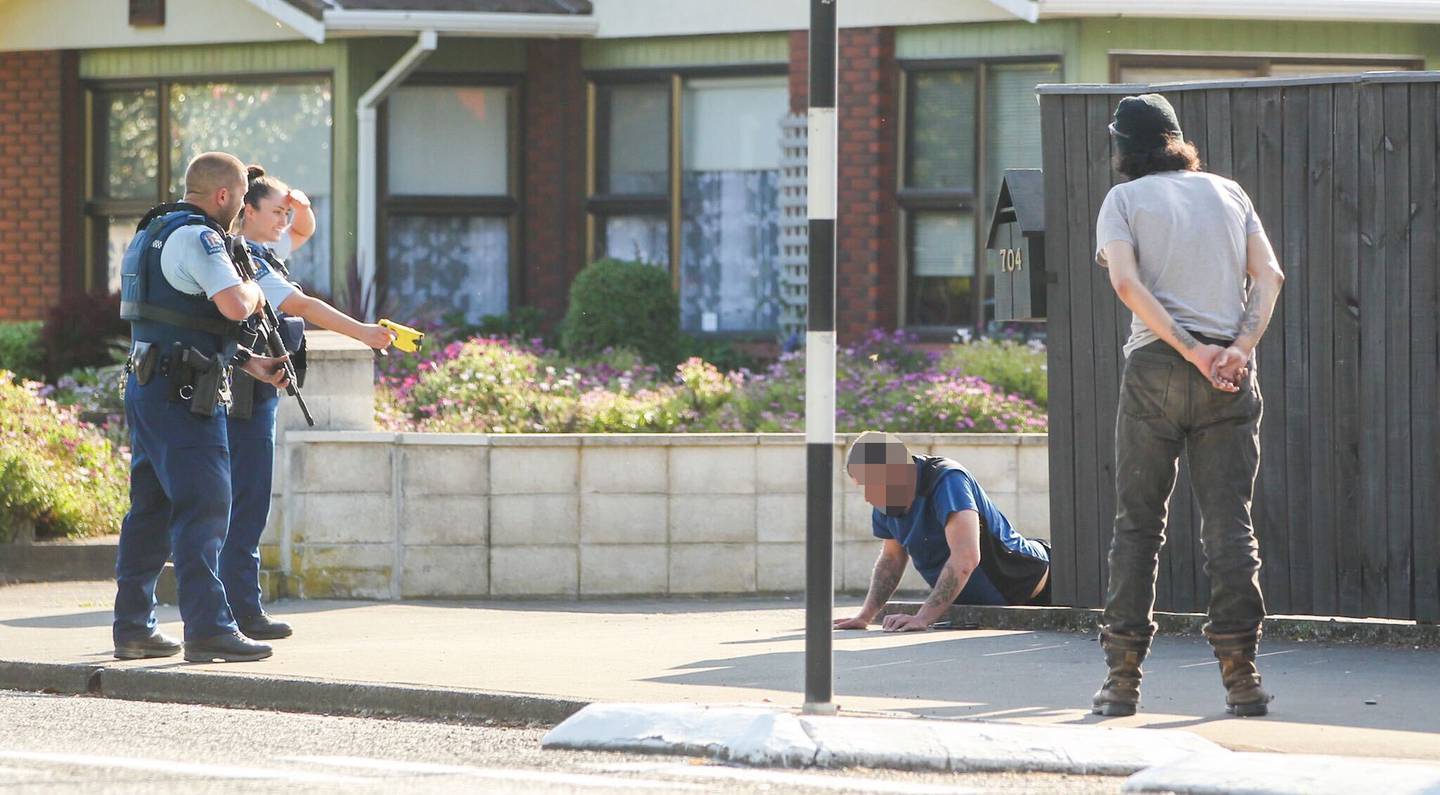 Police arrested a man at taser point, in the presence of an armed officer. (Photo / Paul Taylor)

A section of Taumoana Rd, south of Duke St, near Cornwall Park, was cordoned off.

A woman could be heard shouting and screaming before the arrest was made, but many passers by near the scene were oblivious to the armed police action.

The arrested man had lowered himself to the ground, in the presence of a police officer armed with a rifle and another officer holding a taser.

Cordons were lifted about 5.25pm.