The 45-year-old woman was found dead in the seaside suburb on Saturday after a "serious incident", police said.

A man was today charged in the Wellington District Court with murdering Irina Czibesz. The Herald can confirm she also went by the surname Scantee.

A police spokeswoman today confirmed two scene examinations in the area had been completed.

They previously had cordons up on the corner of Marine Parade and Howell St.

Police and ambulance officers were called to the scene of the house on Saturday night and found Scantee's body on arrival. 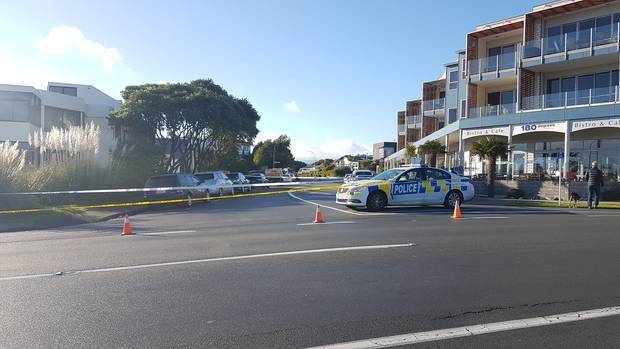 Police cordons were up at the scene in Paraparaumu Beach. (Photo / David Haxton)

A man was taken into custody a short time later at nearby Raumati South.

He has interim name suppression and the court is ordering reports into his mental health.

He is currently in hospital.

Police confirmed he and Scantee knew each other.

"The main scene examined covered both a public and private area," they said.

A man told the Herald he used to be a family member of Scantee's a long time ago.

There was "no one in New Zealand" who would want to comment, he said.

Residents living near where the incident happened did not want to comment today.