At least three of six people arrested in a major police investigation into alleged money laundering have been barred from stepping foot inside an ANZ bank.

About $9 million in assets was seized by authorities during Operation Menelaus in Auckland, police said in a statement today.

Later this afternoon, a 36-year-old man and a 33-year-old woman both appeared in the Auckland District Court, each facing one charge of money laundering.

Both were granted interim name suppression and bail by Community Magistrate Jan Holmes.

They were also ordered to surrender their passports, while their bail conditions included being prevented from going to an ANZ branch or any other financial institution to deposit cash or cheques. 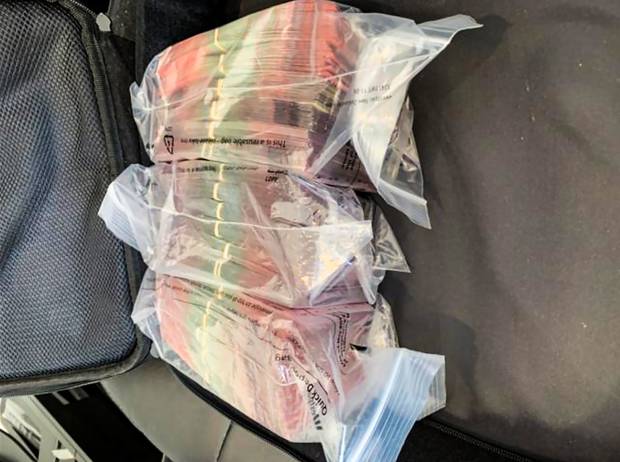 Some of the cash seized by police. Photo / Supplied

Holmes further told the pair not to conduct any electronic banking, apart from everyday personal transactions.

Court documents, viewed by the Herald, show the 33-year-old woman is accused of providing one of her co-accused with $363,967 on June 5.

Police allege she knew the cash was the proceeds of crime.

All three will be back in court next month to enter a plea, while the Herald understands the remaining trio who were arrested by police will appear for the first time tomorrow.

A 35-year-old male was also charged with three counts of money laundering, two charges of attempting to import a class A and class B drug, and three firearms charges, police said. 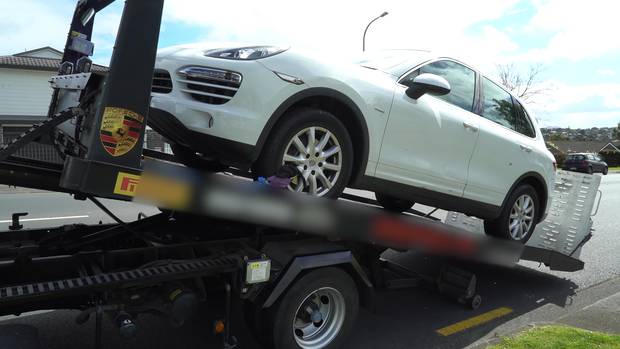 Detective Senior Sergeant Wayne Gray, of the Financial Crime Group, told the Herald the 65-year-old woman's AML/CFT charge was over the way she was allegedly structuring transactions.

He accused her of having deliberately kept the transactions below a certain threshold, in a way that was "obviously trying to evade law enforcement".

Gray said all those arrested had lived in New Zealand for several years and some had citizenship.

The arrests, he continued, were related to an alleged organised criminal group police had been watching since the start of the year.

Operation Menelaus targeted alleged third-party money launderers, who Gray accused of assisting organised criminal groups to "move their money around and give it that air of legitimacy".

"Most crime types are out there to make money so money laundering just sits hand in hand with that, which is why our focus in this investigation was on the money," he said. 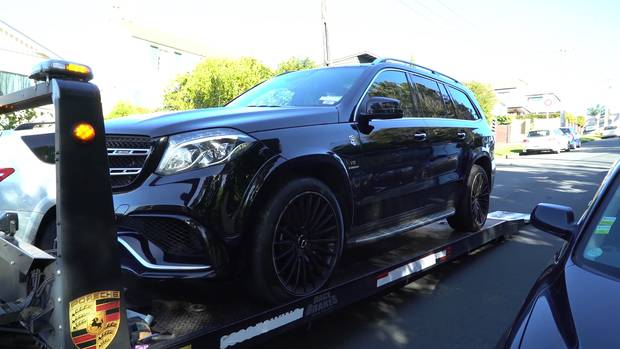 A Mercedes GLS being taken away by police. Photo / Supplied

The police investigation, however, was ongoing and it was possible more assets could be seized, Gray said.

Three Remuera properties worth more than $7.3m were restrained by police

Luxury European vehicles including a $280,000 Bentley Bentayga, a $120,000 Mercedes GLS, a Porsche Cayenne and a Mercedes C-Class were also seized by police.

Police said it is aiming to harass organised crime in New Zealand by seizing $500m in cash and assets by 2021 through the Criminal Proceeds Recovery Act.