The rift between the Kīngitanga and King Tuheitia's eldest son grew even bigger over the weekend when the King's Office publicly denounced Whatumoana Paki's wedding to his companion Rangimarie Tahana - then added insult by also stripping him of his royal title.

Just hours after the couple uploaded pictures of their wedding at the St Paul's Christ Church in Taupiri on Saturday, the Office of the Kingitanga released a media statement saying they did not approve or support the marital union.

The couple's friends have quickly rallied around the pair through social media to show their support, saying true love will conquer all and have hashtagged the pair #BlacklistedFams. Māori sources have even compared the couple to Prince Harry and Megan Markle.

Paki, 33, and Tahana exchanged their vows at a small intimate ceremony in Taupiri, north of Ngāruawāhia, surrounded by many friends and whānau. It was followed by a reception at the nearby Hopin Stopin Café.

Tahana has been a constant companion during official Kīngitanga engagements. But the scathing public scorn of the wedding statement was direct and intentional.

"This marriage is taking place without the support and blessing of the Kīngitanga. It remains a source of sadness and disappointment at this time," the statement, issued by King Tuheitia's chief of staff/private secretary Archdeacon Ngira Simmonds wrote.

Simmonds would not comment yesterday on the official release when approached by the Herald. He said the Kingitanga was now concentrating its efforts on the loss of its Tumuaki - special adviser to the King - who died on Saturday night.

"Our focus and respect must be now to observe his tangihanga," Simmonds said in a text.

Māori sources claim it is not only the King and his wife who have lost patience with Whatumoana, but admitted the King's Office statement was not helpful and stripping of his Te Ariki Tamaroa title was the final insult.

"This was a silly official statement to put out because even if they felt that way about the marriage, matters like this are normally kept in-house." 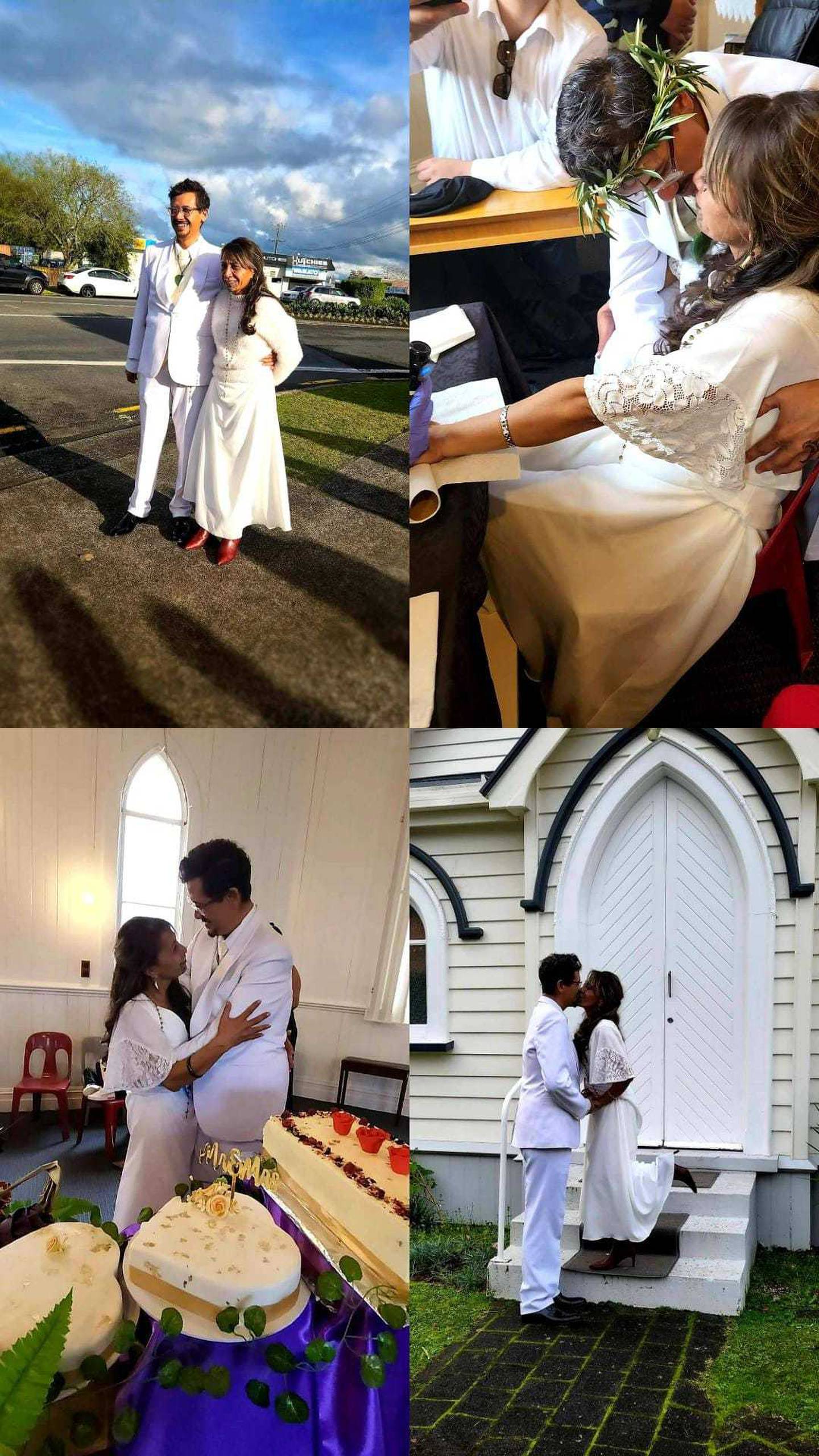 The happy couple. Rangimarie and Whatumoana on their wedding day. Photo / Facebook

"That boy has had some problems in his life which has been troublesome," the source said.

"This has now thrust the King and the Kīngitanga into headlines, that it doesn't want or need. People will want to know what has caused this rift?

"But as the son won't listen to his parents, elders or advisers, then he acts alone.

"He has been a rebel, and as history shows rebels can often make the best leaders."

"It can in a bizarre way mirror the Megan Markle-Prince Harry situation unfolded and the end result" the source laughed.

Another Tainui source said the whānau rift is likely being flamed by the fact Whatumoana's younger sister, Ngawaihonoitepo, is being groomed to take over.

Whatumoana had attended functions in place of his father, when Tuheitia required a kidney transplant some years ago, but the source said: "Ngawaihonoitepo is the one who will take over. She speaks the reo and is steeped in the history of the Kingitanga.

"She will walk in the footsteps of her grandmother Dame Te Atairangikaahu."

Friends of Tahana and Paki have rallied around the newlyweds.

"You have your aroha that is what makes you strong together. Listen to your hearts that is where your journey lies. I will stand beside you cause you did me when I needed both your wairua. Only answer to the person in front of you that is where you will find any answer," one friend posted on Facebook.

Another added: "So beautiful and happy for you both Whatumoana Teaa Rangimarie Tahana.

And a third: "The stakes were high & the odds ruled against them. Despite the objections
& noise of society. They did the most daring thing yet & chose to follow their hearts..."