Ken Tustin was at home reading the paper when he got a knock on his door with the news he's been waiting years to hear - but never really believed would come.

The news came from two employees at Southern Lakes Helicopters who had been out on a scenic flight near Doubtful Sound with another pilot and two paying customers on Saturday.

Newly-rated pilot Ben Young, was sitting in the back seat, eagerly looking for deer, when he spotted an animal that many believe no longer exists in the area.

"I've just seen a moose," the slightly startled 24-year-old told everyone on board over the intercom.

Young has spent two seasons as a hunting guide in Northern British Columbia so knows the difference between a moose and red deer.

Tustin also knows the difference. The 74-year-old has spent years looking for evidence that moose still exist in Fiordland and has spent weeks on end camped out in rugged terrain to try and prove it.

Tustin told the Herald his hair was "standing on end" as Young described the "long face and floppy ears" of the female moose and how she shook her head in the small clearing alongside a ragged bush-edge lake.

"It took a wee bit of time to sink in but the excitement was palpable," he said.

"My first instinct was to get in an aircraft and beetle on back but we knew the animal had disappeared."

One might expect Tustin to feel slightly disappointed that after all those years of hunting for the elusive moose he wasn't the one to finally see it out in the open.

But, the enthusiast insists envy didn't cross his mind - he was simply delighted someone had seen the animal that was first released into New Zealand more than 100 years ago.

"We have gone in there thinking we might see one ourselves ... and sometimes we have got very close to it but I was just absolutely thrilled for Ben that it happened to him."

"This is a very special moment for us, it's been a couple of decades since there's been any sightings like this." 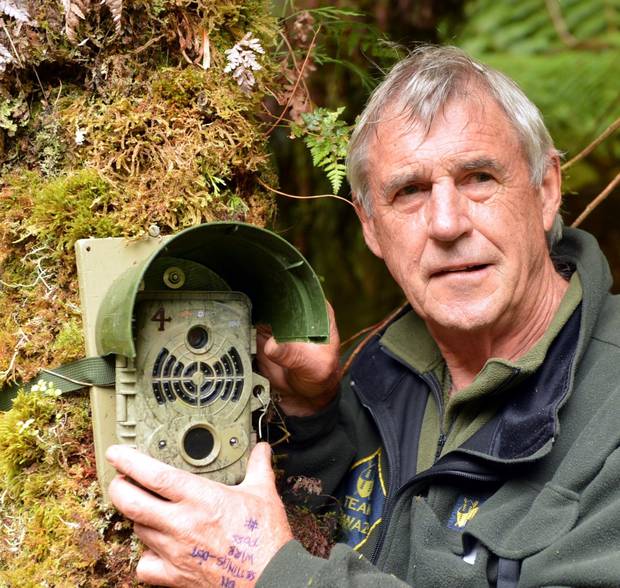 Moose hunter Ken Tustin with one of the many cameras he's used to try and photograph the elusive moose. Photo / Supplied

Tustin has been hunting for proof the moose still roams forest in the deep south since the early 1970s. His wife Marg has joined him on many occasions.

He's mounted trail cameras in many parts of the remote south-west corner of New Zealand, then gone through countless images hopefully for some proof to back his unwavering belief.

During that time he says he's come close. There was a cast antler in 1972, hair that came back from DNA testing in 2002 that was confirmed as coming from a moose and even a blurry photograph from one of his cameras. Others say they have heard and smelt moose.

Tustin says there's also been plenty of telltale signs - broken branches that could have only come from a feeding moose, pellets and large footprints left in mud that clearly weren't from a deer.

While those discoveries were exciting, first prize was always going to be seeing one in the flesh.

Hoping to do just that Tustin, Young and another Southern Lakes Helicopters employee flew back to the area on Sunday.

"The main thing I was hoping for was if the animal had lingered there for sometime we'd get other sign and from that sign we might get a forensic record. I was just hoping with Ben's sighting we could match it with forensic evidence that would take all the judgment out of it ... but we found nothing."

He says he's not really surprised because the terrain wasn't great.

"You always hope for the best and it would be such a perfect match - his sighting, our DNA follow up - to take any element of risk or question out of it ... but we didn't pull that off." 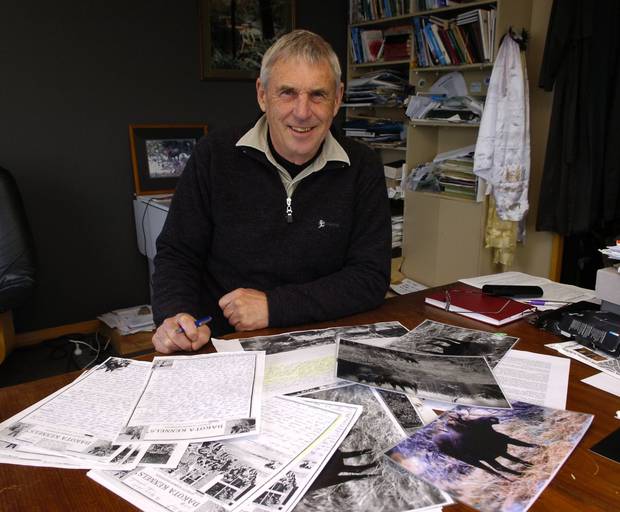 Ken Tustin with the latest photos of moose that were taken by Fred Stewardson in the 1950s in Wet Jacket Arm, Fiordland. Photo / ODT

Tustin knows Young's sighting will be face scrutiny and be mocked by many.

Over the years there have been plenty of sceptics. When Wikipedia posted a world map showing the locations of moose distribution the South Island was highlighted. Before long it was accompanied by comments from those sceptics.

One said the odds were about the same as finding a Tasmanian Tiger. Others suggested someone should release some zebra, rhinos and giraffes into Fiordland to keep the moose company.

Others suggested it must be true.

"It's real!. I saw Bigfoot riding one" while another thought the moose had been eaten by the South Island's big cats.

Tustin has probably heard it all. He is genuine when he says he doesn't care what others think.

"The knockers can knock as much as they like ... I'm not doing it to prove anything to anyone else. If people wish to believe it fantastic because it's a gorgeous tale of a sighting against the odds, it's just happened to be the right time, right place and the right person to see it."

But, he is equally determined to put the moose existence back into the history books and prove the sceptics wrong for once and for all. 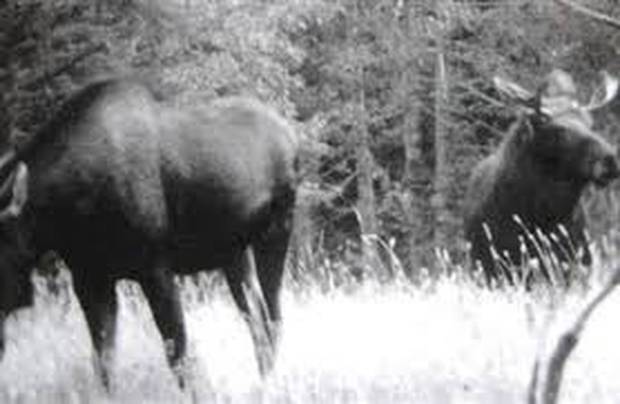 Never-before-published photographs of three moose taken in Fiordland in 1953 came to light in 2012. Photo / Fred Stewardson.

"Moose deserve to be written into New Zealand's history of wildlife fauna. It's been written out or question marked so many times. I'd like to see it recognised as being there. We have got to know the animals that live in our forest - you can't dismiss something as sizeable as a horse which pulled the wool over our eyes decade after decade after decade".

And it has been many decades. The last proven sighting was in 1952.

When asked why there haven't been more sightings of moose if they do remain, Tustin said the numbers never really flourished like deer did as the conditions weren't as favourable.

It's also a remote location and the tricky terrain means the number of people through the area is pretty limited. The solitary animals don't hang out in groups either so you'd be lucky to spot one even if you were choppered in and hunting.

While Tustin and his wife have spent a lot of time during the past five years in the forest they were searching in an area further south, closer to where the moose were first released. More recent outings have however revealed some sign in an adjacent valley to Young's sighting.

"It's not as much of a surprise that we have picked up a sighting in that area as you would have thought because we have had sign before and known there were animals using it (in the adjacent valley) but there appears to be a big gap between last seen and this one". 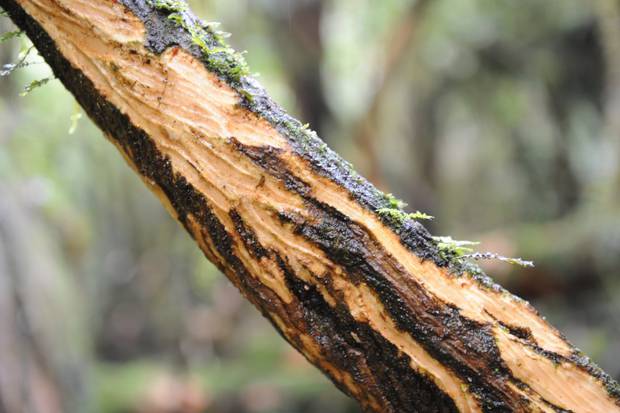 Tustin believes there would have been anywhere between 25-40 moose in the area a decade ago but those numbers would be far lower now.

He's now planning on heading back in within the next few weeks for another attempt to find concrete evidence that moose are still alive and well deep in Fiordland's "gnarly" forests.

And what happens if he finds his elusive moose on that trip?

He certainly won't be shooting it - with a gun or probably even a camera for that matter.

"If someone else shot one I would take great interest in it but I wouldn't shoot one myself."

"I would be totally content to just make the most of that moment. If floundering for a camera was going to spoil the chances of watching it I wouldn't even bother with a camera. I would just enjoy the moment."