Police have been called to a popular tourist spot near Queenstown at least twice today to send Covid-19 lockdown-flouting snow-seekers home.

The Herald was there just after midday when police arrived at the Crown Range Rd summit where a number of people were gathered. 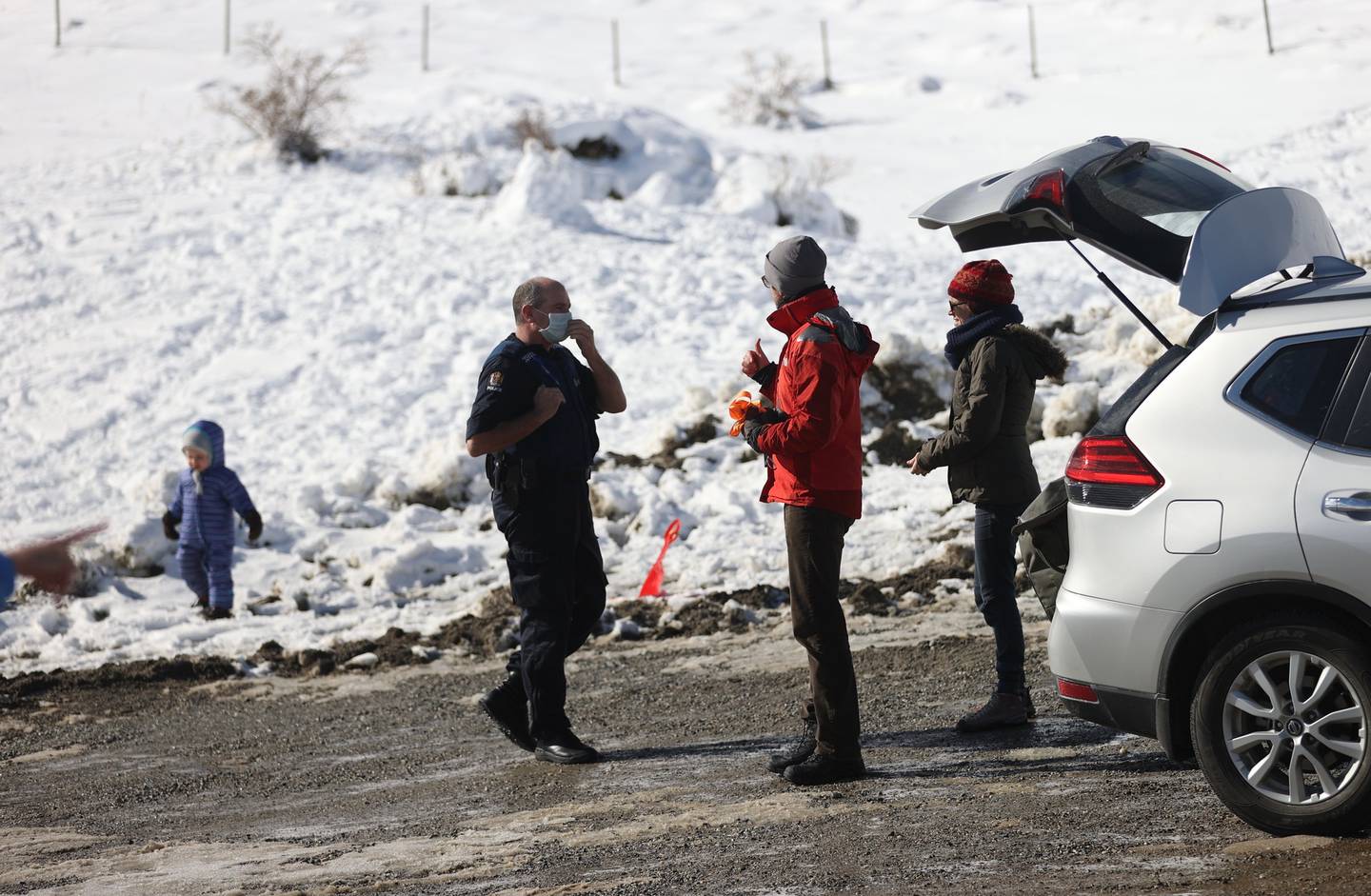 Some were snowboarding, others sledding or playing in the snow.

And there were others walking dogs.

The area is a 45-minute drive from Queenstown.

It is understood police were also called to the area this morning to send an earlier group home.

At midday there were six cars in the parking area.

Given the area is so far from Queenstown it is unlikely authorities would consider it appropriate for people to be there under the current lockdown rules.

Under alert level 4 restrictions all New Zealanders have been instructed to "stay at home in their bubble other than for essential personal movement". 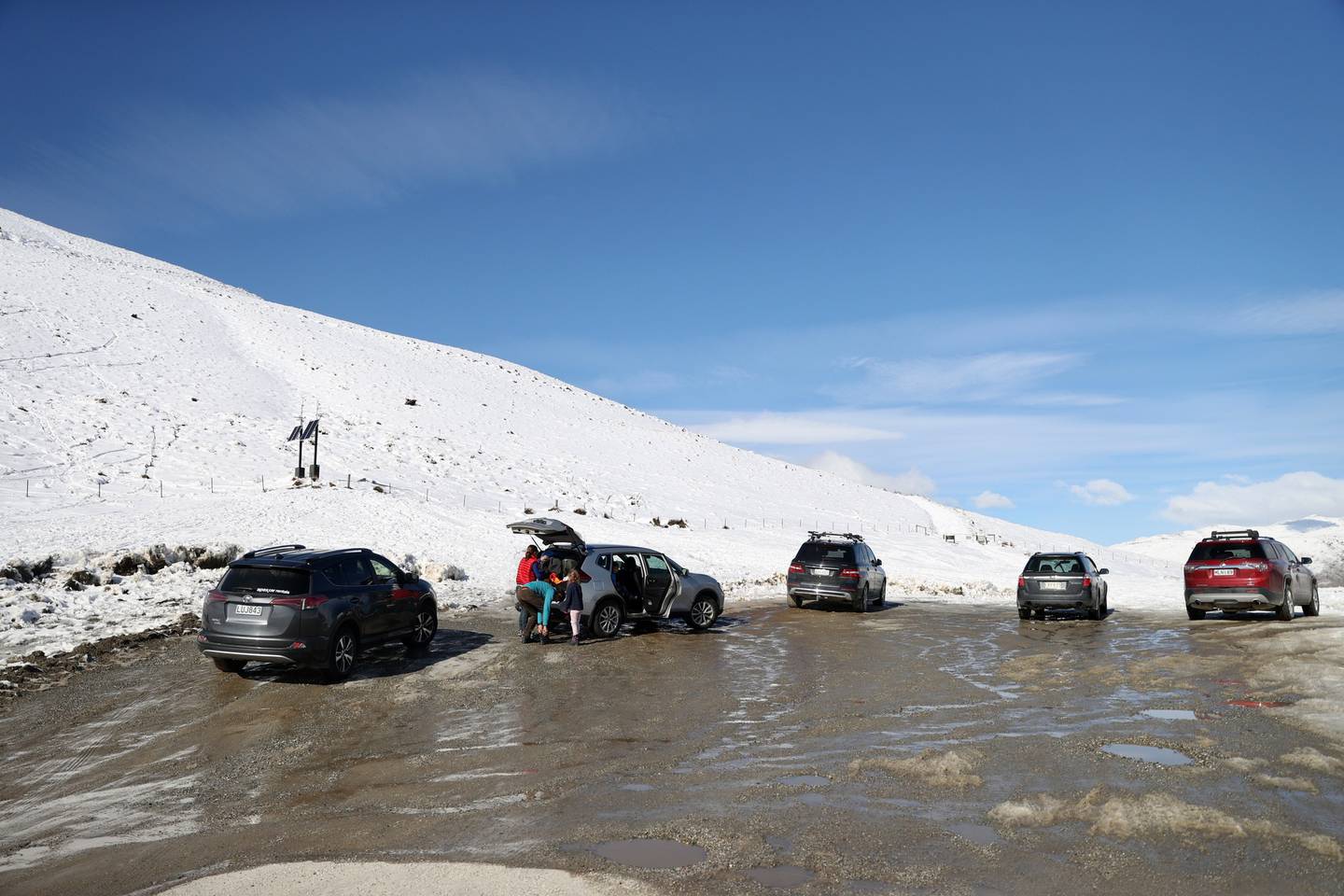 "Safe recreational activity" is allowed in a person's local area and travel is severely limited.

All gatherings are banned and all public venues closed.

The message - although blatantly clear and simple - is not getting through to some though.

A police spokeswoman said officers "noted" a gathering of people at the lookout at Crown Range at about 11.30am.

No further information was recorded.

"Also, late this morning police received a report of two people seen whitebaiting in Summer Hill about 7am," she said.

"In instances such as these police are reminding people of the restrictions in place under Alert Level 4.

"Any exercise should be local, and police urge people to avoid any activity which might lead to a rescue or emergency response, given the risk it poses to our emergency services and SAR volunteers."

The spokeswoman said there were plenty of safe exercising options to do at home or close to it.

"Which mean we can keep active while continuing to fight against the spread of COVID-19, and without posing further risks to others," she said.

Yesterday police reiterated they had a low tolerance of unlawful gatherings after a number of people left home to attend lockdown-related protests around the country.

"And the public can expect that we will look to enforce the current restrictions in place under alert level 4," a spokesperson said. 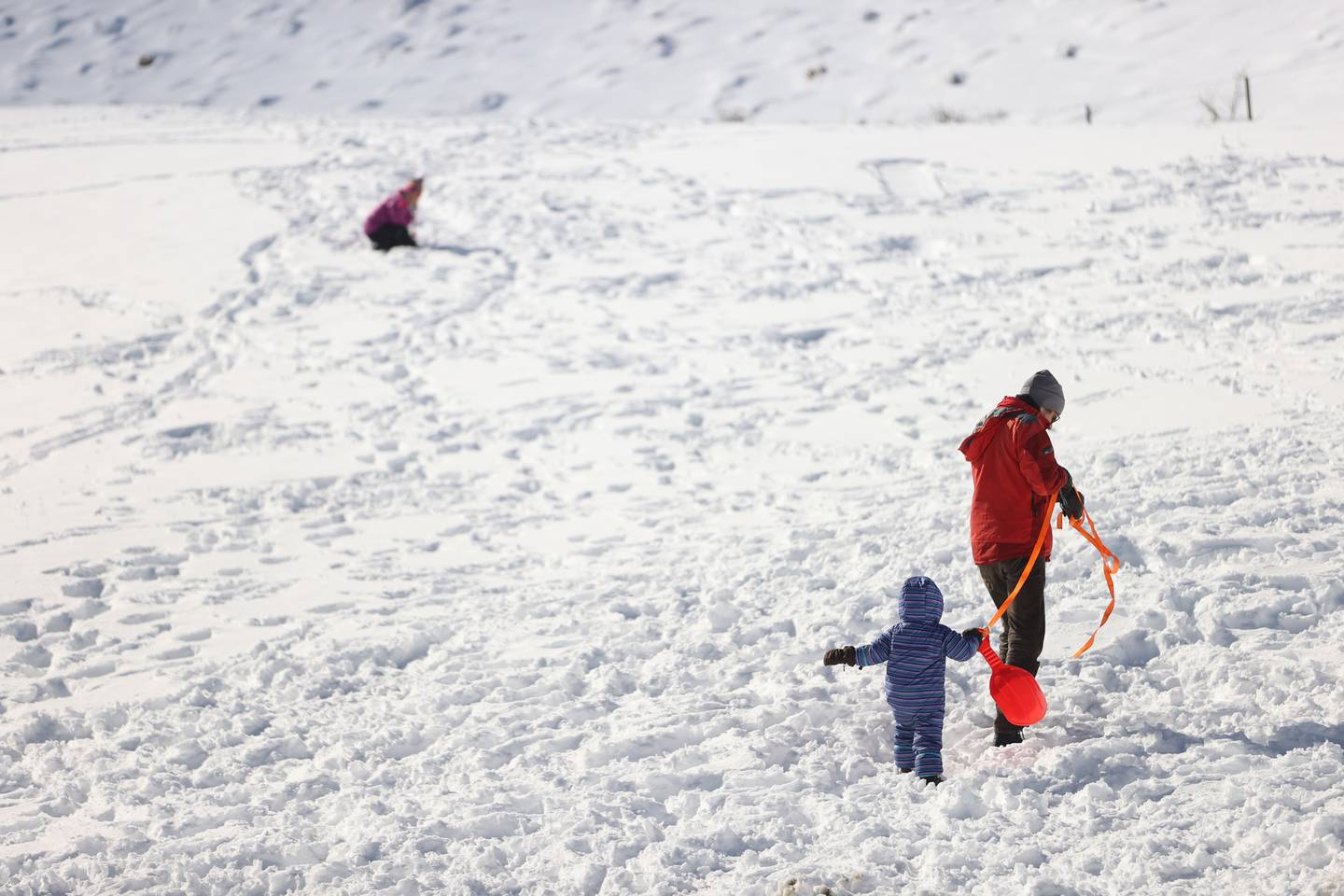 Some people believe travelling to play in the snow 45 minutes from Queenstown is within lockdown rules. Police have been called out twice to send them home. Photo / George Heard

"We urge everyone to stay at home and we will continue to work with our partners and the public to ensure everyone complies with the restrictions in place under alert level 4," the spokesperson said.

"The vast majority of New Zealanders are doing the right thing and abiding by the alert level restrictions, and these protesters represent a very small number of people who are not.

People not following the rules and travelling so far from home to partake in leisure activities puts them at risk of accidents and needing emergency services.

This then takes police, ambulance, fire and hospital staff away from Covid-related duties and puts extra pressure on front line responders - as well as potentially exposing them to the virus.

Yesterday officers arrested a number of people at one of three protests across the country.

The four were taken into custody in relation to breaching the Health Act notice after a protest in Auckland's CBD yesterday afternoon.

A further four people were arrested in the morning after an anti-lockdown protest outside the Tauranga Police Station.

Police made a number of attempts to engage with about 20 people gathered outside the station, but four were taken into custody when they repeatedly refused to comply with alert level 4 restrictions.

Charging decisions have yet to be made.

The third protest was outside Nelson Police Station yesterday.

All those present were spoken to and urged to comply with the restrictions in place under Alert Level 4.

Police said about 20 people were issued a verbal warning and moved on.