A tornado has ripped through Levin this morning causing widespread damage, with downed trees and powerlines blocking roads around the Horowhenua and roofs lifted of homes.

Two major roads around Levin are blocked after the mini-tornado swept through around 7am this morning.

Police said SH1 between Durham Street and Supercheap Auto was closed after reports of a strong smell of gas in the area.

Waka Kotahi also reported that SH57 is closed between Tararua Road and Queen Street due to a fallen tree. 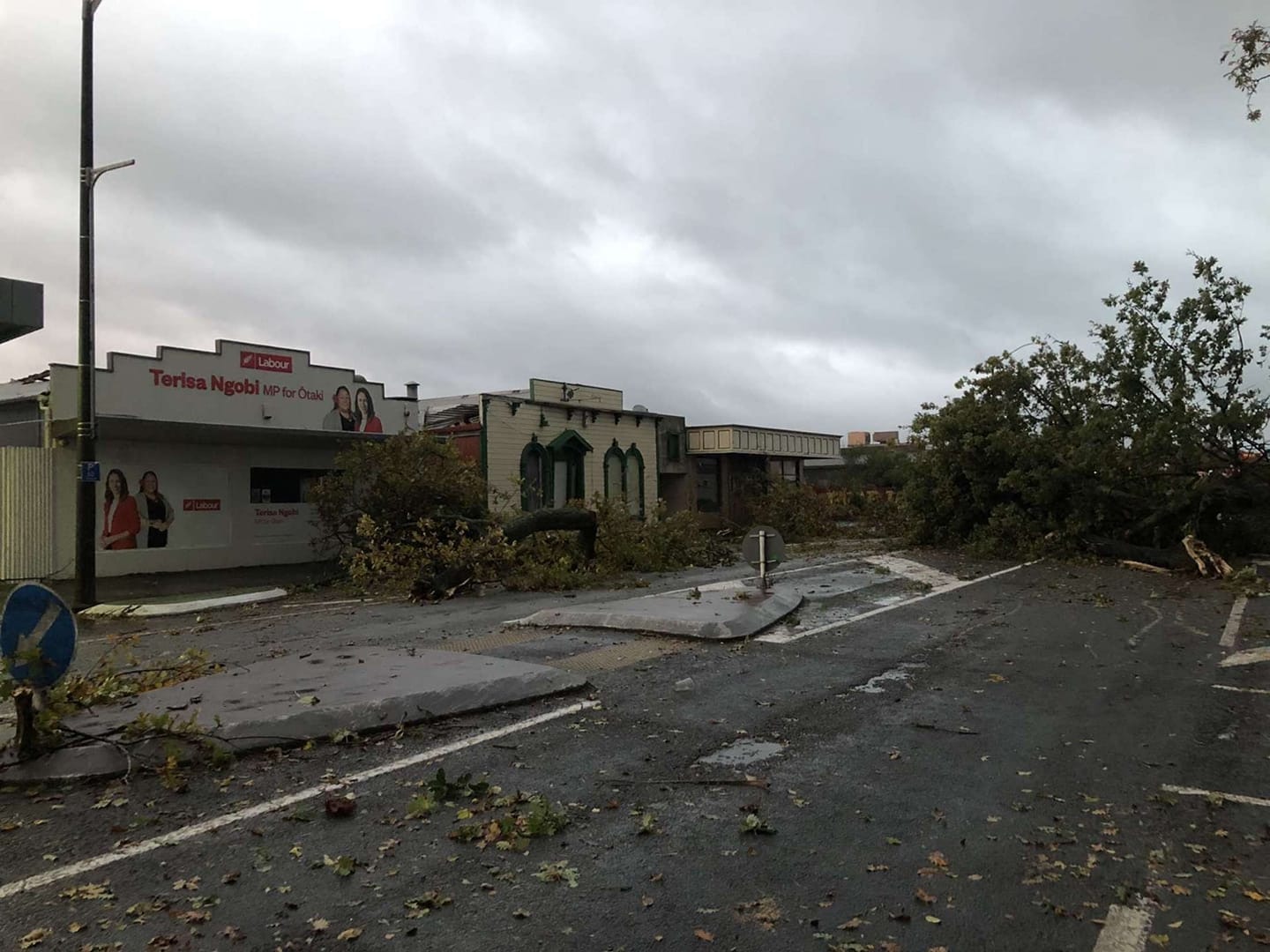 Motorists are asked to delay travel or to take by alternative routes.

Horowhenua residents report extensive damage to roofs around Ohau with power out in the area and a thick layer of hail covering the ground.

There are reports that roofing iron has blown onto the train tracks and locals are describing the predawn blast as "gnarly".

This comes as Mother Nature is set to unleash a full smorgasbord of weather on New Zealand today with snow, gales and rain forecast for many parts of the country.

Snow is forecast to fall across most of the South Island as well as parts of the lower and central North Island today and over the weekend.

While temperatures in the upper North Island will stay relatively warm, gale warnings have been issued for Auckland's Hauraki Gulf, Manukau Harbour, Coromandel, Bay of Plenty and Bream Head in Northland to Cape Colville.

It follows a spectacular lightning show over central New Zealand last night and the stormy conditions continue this morning for the capital.

That is a SERIOUS lightning display which just passed through the #KapitiCoast ! The show is over, for now, as heavy rain moves towards Manawatu.

Snow is expected to drop to 400m in Southland and Otago, 800m in the Canterbury High Country and 1000m for the central and southern North Island.

"This will be the lowest snow many have seen so far this year," MetService said.

Temperatures have also dropped considerably in the South Island with a high of 12C expected in Christchurch today, a stark difference from the high of 20C yesterday.

A high of 11C is forecast in Dunedin, 9C in Queenstown and 14C in Nelson.

Most of the North Island has missed the drop in temperatures with a high of 18C expected in Auckland, 16C in Hamilton and 15C in Wellington.

Temperatures at Aoraki/Mt Cook are set to dip to -4C overnight tonight and Saturday.

"We could be paving the way for the first significant snowfall of the year as we round out the week," MetService meteorologist Angus Hines said.

Thunderstorm activity is also expected to continue today after more than 800 lightning strikes were recorded yesterday.

MetService says there is a moderate risk of thunderstorms on the east coast of the main islands this morning as well as in the lower south. The risk continues into this evening.

Heavy swells are also expected to hit some parts of the country today.

Boaties near the Foveaux Strait are being warned of high swells, poor visibility and "very rough" seas between Thursday and Saturday, before easing on Sunday.

"Large swell waves and dangerous coastal conditions are expected in the western marine areas of both the North and South Island from Thursday," MetService said.

"Combined waves are forecast to reach 6m for the western South Island later on Friday."