Jamie McColl had five stolen guns when he opened fire as sports teams practised on nearby fields of Napier's Park Island.

A section of the city went into lockdown as McColl, 46, stayed close to the car he had earlier stolen.

He came to a stop in the middle of a road in the park where there were members of the public in the park area and sports teams practising.

Gunman Jamie McColl (far side looking out of the window) being taken away after his arrest. Photo / Paul Taylor

According to Stuff he got out of the car with five guns and stood in the middle of a road, blocking the way of a man driving a van who had just collected his 13-year-old son from the park.

McColl lifted the shotgun and aimed it directly at the man and his son. The pellets hit the front grill, bonnet and windscreen.

Two girls, aged 13 and 14, were biking along the footpath about five metres from the van.

For the ensuing 90 minutes he paced back and forth near the car in an agitated state.

At one point he said, "today was a good day to die." He picked up one of the rifles, moved it to his shoulder and pointed it towards the nearby rugby club. 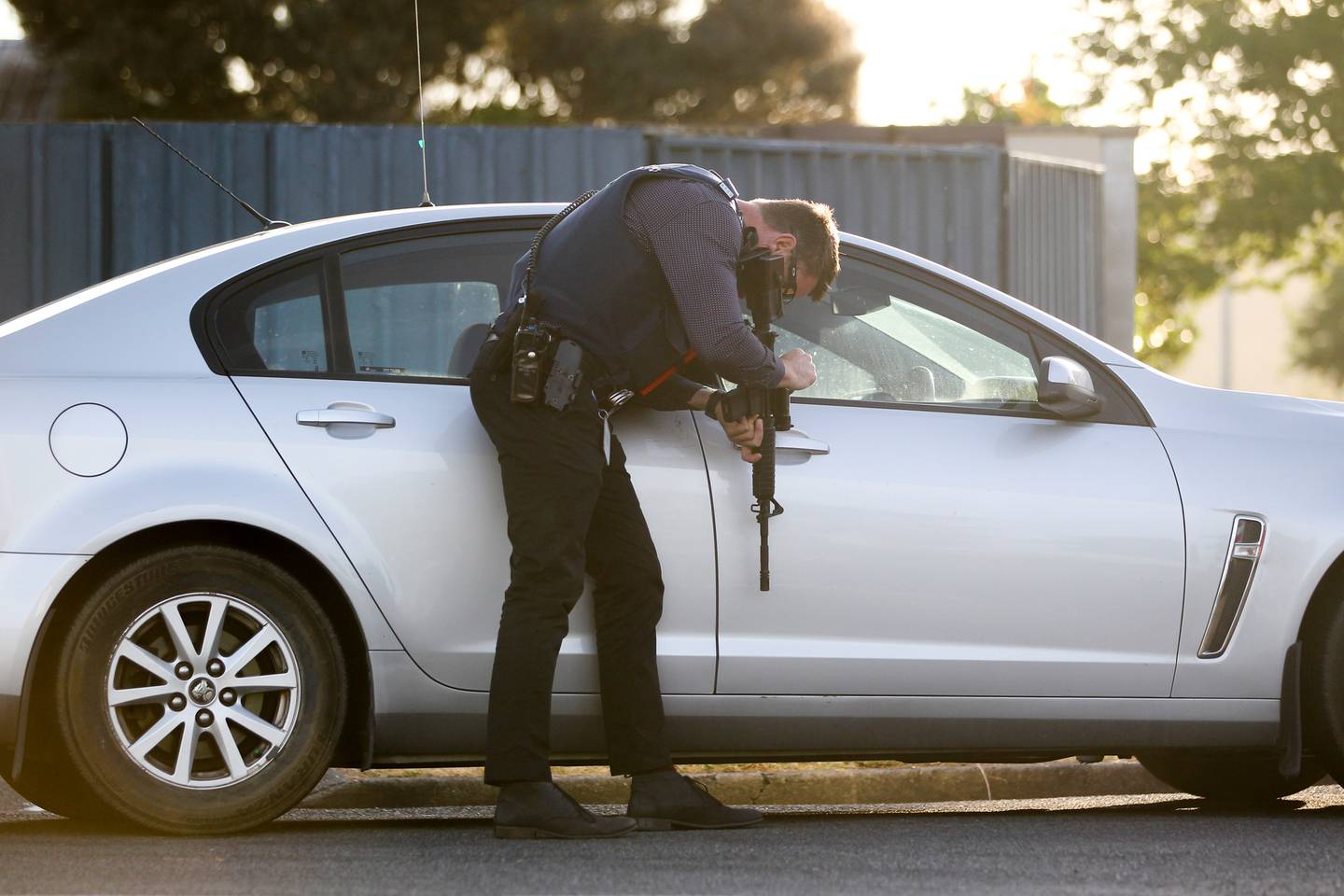 Park Island was in lockdown during the firearms incident. Photo Paul Taylor

He fired the guns three times.

Eventually he put his hands above his head and walked towards a police officer who had been communicating with him.

McColl apologised for his actions, claiming he had not had his medication for three days.

He will be sentenced in December.