MetService has issued a severe weather warning for parts of the North Island today as a slow-moving front makes its way up from the south.

The front is expected to move slowly northeast over the lower North Island, bringing a period of heavy rain with possible thunderstorms.

A heavy rain watch is now in force for Kapiti, Horowhenua, Manawatu, Whanganui, Taranaki and the Tararua Range. 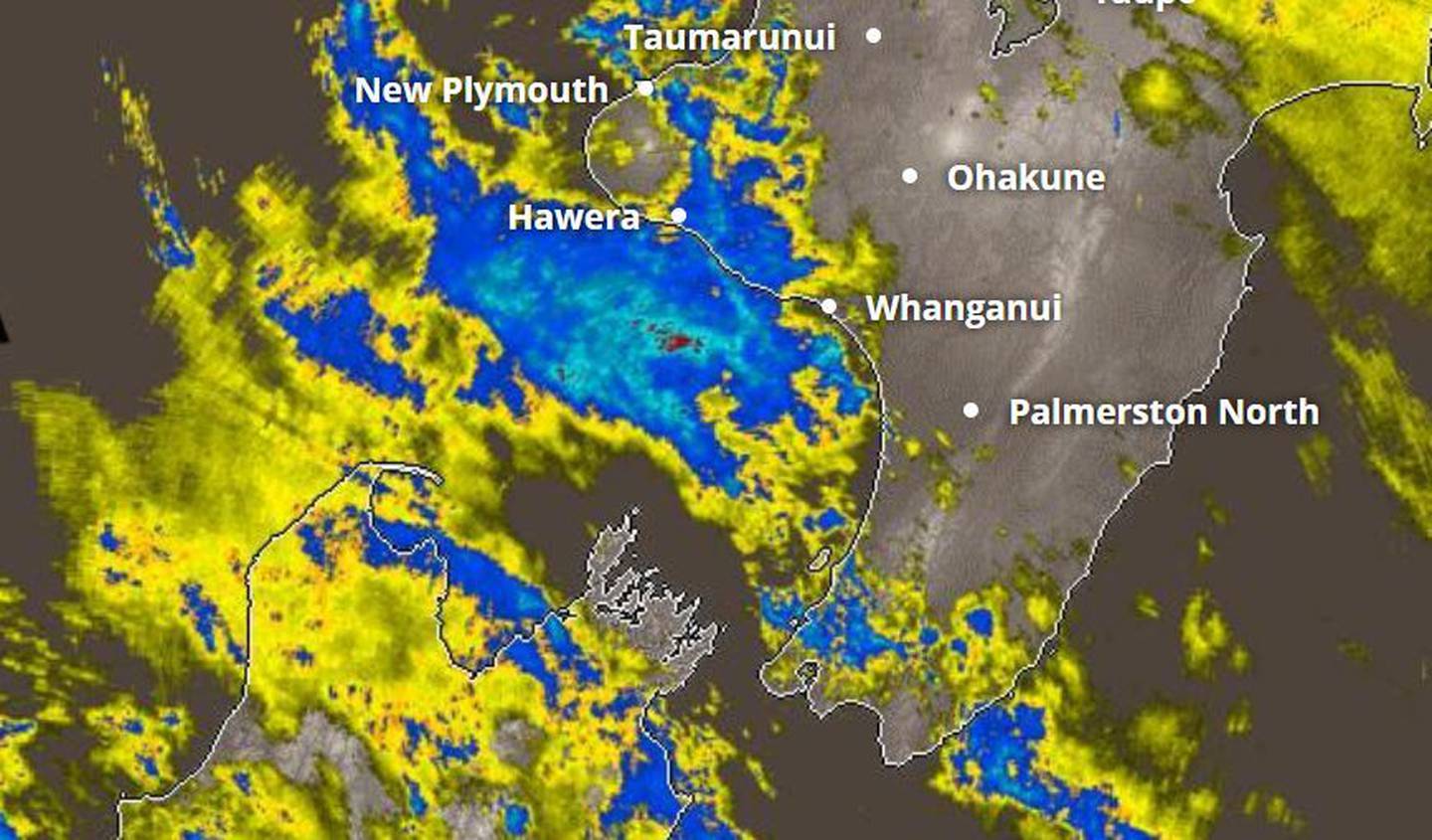 A slow-moving front is moving slowly over the lower North Island and is expected to bring periods of heavy rain. Image / MetService

Further north, the East Cape could also experience downpours this afternoon and evening thanks to a trough of low pressure.

The heaviest rain is expected in Bay of Plenty east of Opotiki, and Gisborne north of Tolaga Bay. A heavy rain watch has also been issued for these areas.

MetService is asking people to keep an eye on the latest forecasts in case the situation changes, or further areas of concern are added.

In the South Island, rain in Westland and Buller has eased, and the heavy rain warning and watch issued for these areas has now been lifted.