A 50-tonne locomotive that fell into a harbour has been dramatically recovered.

The KiwiRail remote-controlled shunt locomotive, along with a wagon, toppled into Picton Harbour last Wednesday and became totally submerged.

No one was injured in the incident but KiwiRail chief operating officer Todd Moyle was "shocked by this event" and began an immediate investigation. 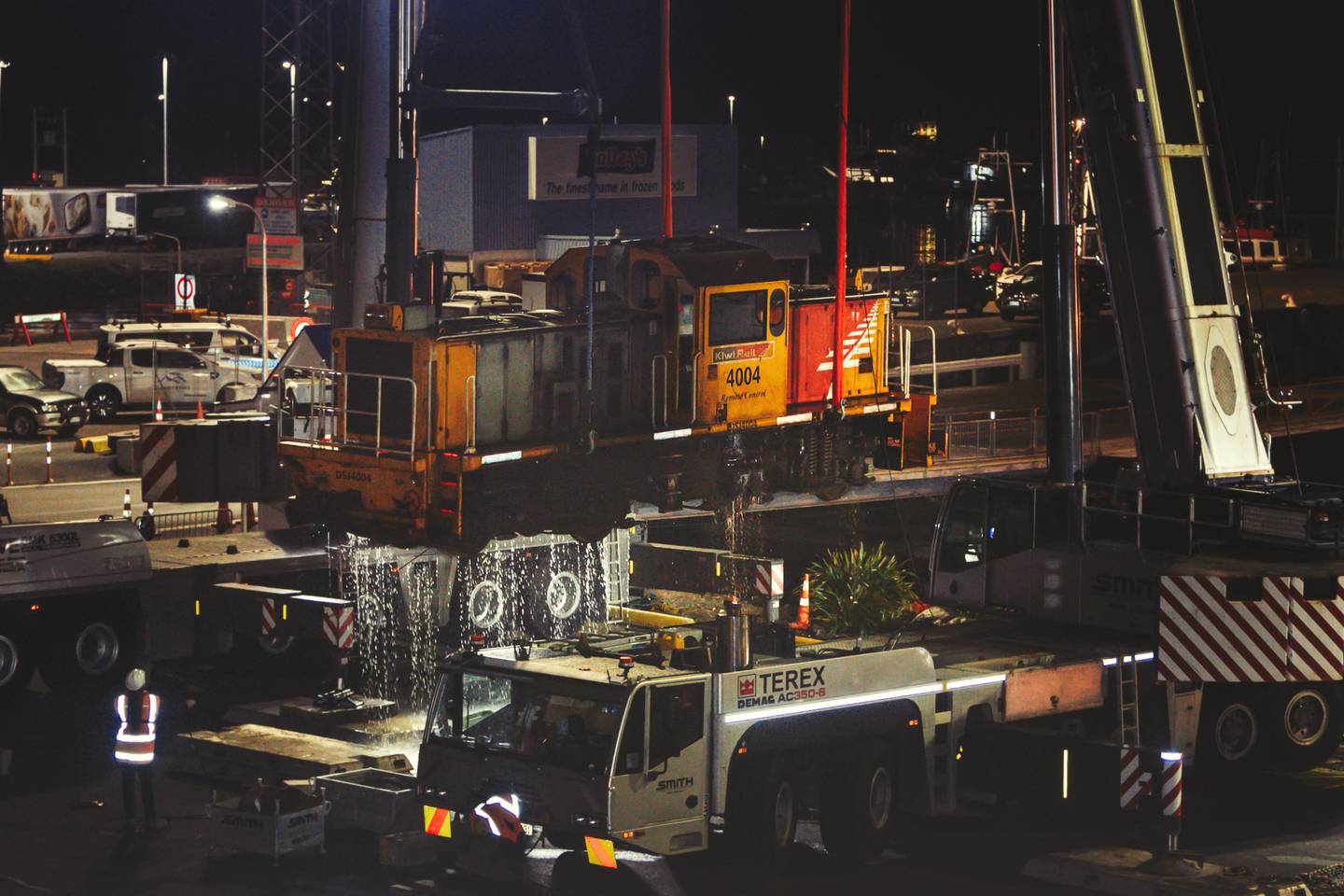 A KiwiRail shunt locomotive, which fell into Picton Harbour last week, was lifted out of the water by two cranes on Friday night. Photo / Jim Tannock

"For some reason, the shunt locomotive, pushing the wagon, has travelled across the marshalling yards to a linkspan – a ramp that connects the land to a ship – and fallen into the water," Moyle said after the incident.

Marlborough Commercial Diving Services and Kenny Barging Picton, along with teams from KiwiRail and Port Marlborough, used airbags to float the locomotive and wagon before using large cranes to lift them out of the water.

The extraction was filmed by local politician Dr Nick Smith.

"KiwiRail loco successfully fished out of Picton Harbour," he wrote in a social media posting, which featured a video of the operation.

"Credit to all to have recovery completed 55 hours after accident." 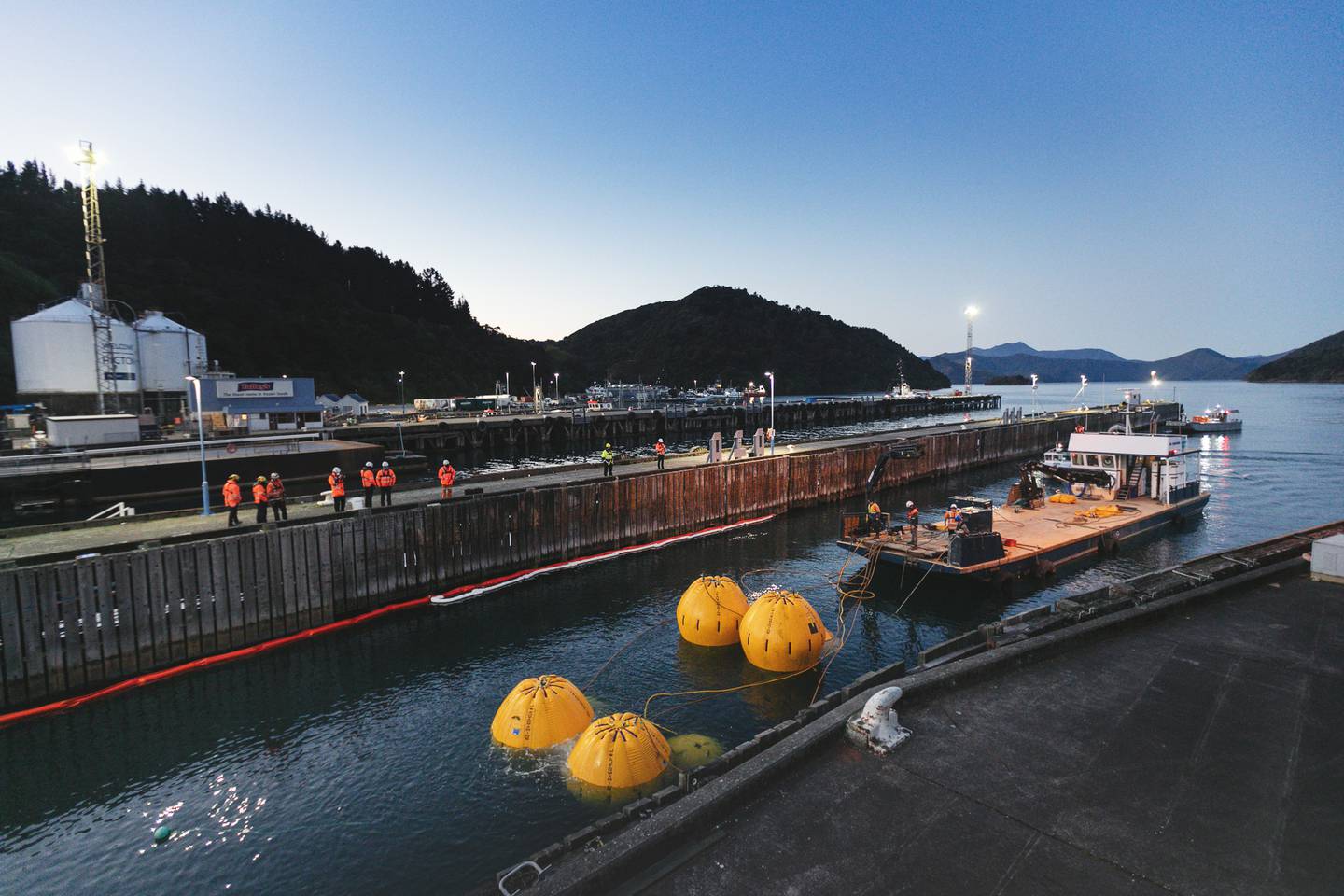 Airbags were used to refloat the sunken locomotive before it was lifted out of Picton Harbour. Photo / Jim Tannock

A "limited" amount of diesel leaked into the water but KiwiRail said it was "well contained" before it was skimmed from the harbour's surface.

The locomotive has been taken to a workshop for examination.

Moyle said the ongoing investigation is complex and is expected to take at least a month.

"The investigation will look at all issues, including the physical attributes of the yard, and it would be premature to comment on any specific issues until it is complete," he said.

"It is also too early to provide a cost for the recovery operation but it is expected to be considerable."

The link span at Cook Strait ferry Aratere's Picton berth, which was damaged in the incident, has been partially repaired and sailings have resumed.