Health officials are piecing together the day-to-day movements of an Auckland woman infected with Covid-19 and her partner since February 25, when they flew back from northern Italy.

Director-General of Health Ashley Bloomfield confirmed today that the woman is the second confirmed case of Covid-19 in New Zealand.

Her partner, who also travelled to northern Italy, has been feeling sick and his test results are due later today.

But Bloomfield stressed that the chances of a widespread community outbreak remained low and there was a "very low" chance that the woman had infected anyone outside of people she has been in close contact with.

The family, including two high school children who have not shown any symptoms, are now self-isolated in their home.

Their high schools - Westlake Boys and Westlake Girls High Schools - have been alerted but not closed, and Bloomfield noted World Health Organisation advice that those without symptoms are not infectious.

Officials were talking to the woman and her partner about where they have been and what they've been doing since returning to New Zealand, Bloomfield said.

"The Auckland Regional Public Health Service gets a day-by-day, movement-by-movement description and then does an assessment about whether there is potential for close contact."

Her movements include flights from Auckland in and out of Palmerston North, and visits to two medical centres where she sought treatment after starting to feel unwell.

Close contact is defined as people in the same row as them on their flights, or two rows in front or behind them, or anyone who was within one metre of them for at least 15 minutes.

The Herald understands the woman travelled to Palmerston North for work but returned to Auckland after becoming too ill.

Bloomfield said everyone on these flights was being contacted. Anyone on those flights can also contact Healthline on 0800 358 5453 and would be told if they were sitting close to her.

He would not say how many people have been identified as potentially being in close contact with the woman or her partner, but the number of their close family and friends was "small".

He said between 30 and 40 people might have been in close contact with her on her flights in and out of Palmerston North, if the plane was full.

Outside of close contacts, the chances of her having infected someone was "very low".

"However there are what we call casual contacts, so it's not zero. Therefore it's important those people are aware of the situation and are able to respond very quickly if they do develop symptoms and call Healthline."

The woman and her partner had been feeling sick and have not spent much time outside their home, Bloomfield added. The woman had no symptoms when she returned from northern Italy, but felt unwell in the following days.

She went to two medical centres, and a swab test taken on Monday was confirmed as Covid-19 at 6pm last night.

Health officials immediately notified her and her family and started tracing people who were potentially in close contact.

Bloomfield said that mild to moderate cases did not require a hospital stay.

Westlake Boys and Westlake Girls high schools had been notified.

"The family members who attend these schools are not symptomatic and are now at home in isolation. They did not travel to Italy, are both well and are being monitored," Bloomfield said.

"The Ministries of Education and Health will work together to provide the schools with appropriate advice and support. The Ministries also want to emphasise that contacts of contacts are not risk."

A letter from the Auckland Regional Public Health Service to parents who have children at Westlake Boys' and Westlake Girls' High says:

"This disease is managed the same way as other infectious diseases, like mumps, where people who are close contacts – but do not have the disease – are kept away from others, in case they become contagious.

"There will be high levels of anxiety amongst parents and students, and there will be commentary in social and other media.

"Please understand that people are not considered at risk if they have been close to a contact – as the contact does not have the disease. Contacts of contacts do not have to take any action such as isolating themselves," the letter says.

Bloomfield said the airports involved would not need to take any additional measures as people moved through them quickly.

The medical centres visited by the woman were being contacted, he said.

He noted a World Health Organisation report that said that human-to-human Covid-19 transmission was happening mainly in families.

"Data on individuals 18 years and under suggest there is a relatively low attack rate in this age group - 2.4 per cent of all reported cases.

"Even in those families where there is transmission, it's less than 10 per cent of family members who become symptomatic or get the virus."

He said the virus is spread through droplets from coughing and sneezing.

"There is very clear data from China that people who don't have symptoms are not ones who spread the virus." 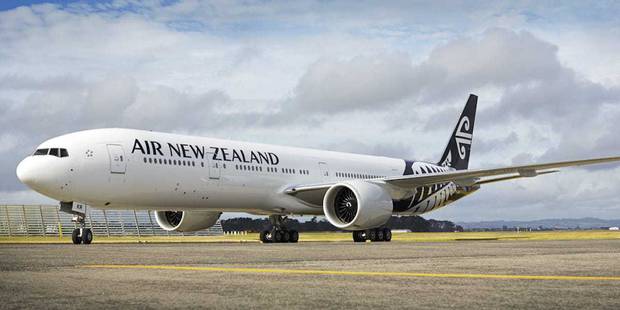 Bloomfield also responded to reports that some people were feeling unwell but had been refused testing.

The fact that there had been 160 tests and only two positive ones meant "we are testing people who might not quite fit the case definition but there's enough suspicion".

He said the criteria for symptoms was not rigid, and clinical judgement was needed as well as a discussion with an infection diseases specialist.

"If there's any doubt, and we saw this with the first case, the clinicians will test."

New Zealand's first case of Covid-19 was confirmed last Friday. The patient, a person in their 60s, arrived from Iran via Bali on Emirates flight EK450 on February 26.

They were feeling unwell when they flew into New Zealand and they and their family wore masks on their flight, and they were admitted to Auckland City Hospital not long after arrival. They are in a stable condition and are recovering well.

Air NZ says it is working closely with the Ministry of Health and government agencies to identify and proactively contact customers who travelled on the Singapore service and the two regional flights.

Air New Zealand chief medical officer Dr Ben Johnston says the airline has anticipated and planned for this scenario, and has a robust process in play to manage its response.

"We are working closely with the Ministry of Health to identify and proactively contact customers from these flights. This includes utilising our own contact centre staff," Johnston said.

"The health and safety of passengers and crew is Air New Zealand's top priority and our aircraft already undergo a thorough cleaning process, which includes cleaning surfaces such as tray tables and inflight entertainment screens with a disinfectant that kills viruses.

"We also remove all headsets, headrest covers, pillow covers, and blankets after every international flight. Domestic and regional services surfaces and bathrooms are wiped with disinfectant spray. The three aircraft this customer flew on will now also undergo a deep clean."