As cases of the coronavirus surge in Italy, Iran, South Korea, the US and elsewhere, many scientists say it's plain that the world is in the grips of a pandemic — a serious global outbreak.

The World Health Organisation has so far resisted describing the crisis as such, saying the word "pandemic" might spook the world further and lead some countries to lose hope of containing the virus.

"Unless we're convinced it's uncontrollable, why (would) we call it a pandemic?" WHO director-general Tedros Adhanom Ghebreyesus said this week.

The UN health agency has previously described a pandemic as a situation in which a new virus is causing "sustained community-level outbreaks" in at least two world regions. 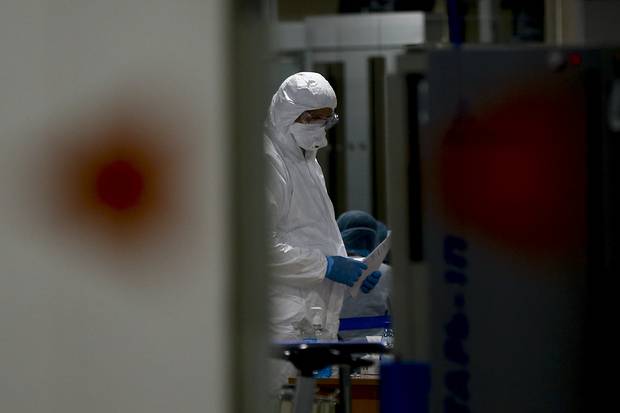 Many scientists say it's plain that the world is in the grips of a pandemic - a serious global outbreak. Photo / Getty Images

Many experts say that threshold has long been met: The virus that was first identified in China is now spreading freely in four regions, it has reached every continent but Antarctica, and its advance seems unavoidable. The disease has managed to gain a foothold and multiply quickly even in countries with relatively strong public health systems.

On Friday, the virus hit a new milestone, infecting more than 100,000 people worldwide, far more than those sickened by SARS, MERS or Ebola in recent years.

"I think it's pretty clear we're in a pandemic and I don't know why WHO is resisting that," said Michael Osterholm, director of the Center for Infectious Disease Research and Policy at the University of Minnesota.

Experts acknowledge that declaring a pandemic is politically fraught because it can rattle markets, lead to more drastic travel and trade restrictions and stigmatize people coming from affected regions. WHO was previously criticised for labeling the 2009 swine flu outbreak a pandemic. But experts said calling this crisis a pandemic could also spur countries to prepare for the virus's eventual arrival.

WHO already declared the virus a "global health emergency' in late January, putting countries and humanitarian organisations on notice and issuing a broad set of recommendations to curb its spread.

Even in countries that moved quickly to shut down their links to China, COVID-19 has managed to sneak in. Within a matter of weeks, officials in Italy, Iran and South Korea went from reporting single new cases to hundreds.

"We were the first country to stop flights to China and we were completely surprised by this disease," said Massimo Galli, an infectious-diseases professor at the University of Milan. "It's dangerous for the entire world that the virus is able to spread underground like this." 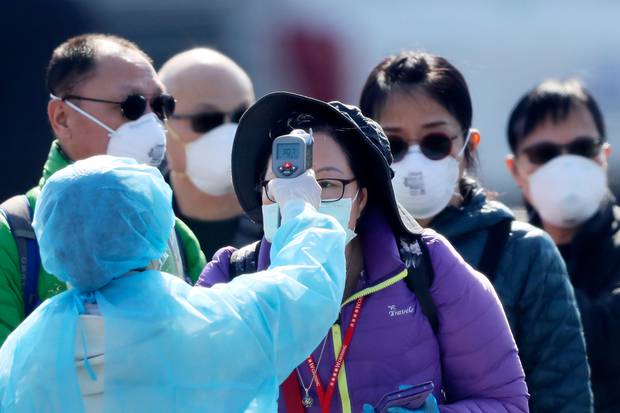 Even in countries that moved quickly to shut down their links to China, Covid-19 has managed to sneak in. Photo / Getty Images

With more than 3,800 cases, Italy is the epicentre of Europe's outbreak and has shut down schools, closed sports stadiums to fans and urged the elderly not to go outside unless absolutely necessary. But it has still exported cases of the virus to at least 10 countries, including Austria, the Czech Republic, Spain, South Africa and Nigeria.

Devi Sridhar, a professor of global public health at the University of Edinburgh who co-chaired a review of WHO's response to the 2014-16 Ebola outbreak in West Africa, said a pandemic declaration is long overdue.

"This outbreak meets all the definitions for a pandemic that we had pre-coronavirus," she said.

At a news conference last month, Dr. Mike Ryan, WHO's emergencies chief, said a pandemic is "a unique situation in which we believe that all citizens on the planet" will likely be exposed to a virus "within a defined period of time."

Several experts said they hadn't heard that definition. The US Centres for Disease Control and Prevention, for its part, defines a pandemic as "an epidemic that has spread over several countries or continents, usually affecting a large number of people."