A woman with a chronic pain condition says she "wasn't treated like a human being" when forced to sit in urine-soaked clothes for six hours in Wellington's emergency department.

Her catheter broke while she waited to be admitted to a ward, and she says she was told no one had the time to change her.

She waited a total of 25 hours for a bed on a ward to be available for her – most of which was in a corridor, she says.

Capital and Coast DHB says emergency department patients can "generally expect to be moved to a ward in a timely manner" - but ED has been operating at full capacity in recent weeks.

The New Zealand Nurses Organisation says long waits are "unacceptable" - but nurses are working in conditions that are not their fault.

The woman, who has asked not to be named for privacy reasons, says she arrived at Wellington's emergency department at 7pm on a Sunday last month in severe pain.

She was not moved to a ward until 8pm the following evening.

During the time she spent waiting, she says she was not offered any food or drink, and waited up to five hours between doses of her pain medication.

At one point she said she had to ring the hospital from inside the emergency department, as this was the only way to get anyone's attention.

After she had been waiting 19 hours, the catheter she was using leaked onto her clothes.

"There was urine through my clothes, which I signalled to the staff ... the response I got was 'well, there's nowhere to change you because you're in a corridor'.

"I asked a second person and they said no, you'll just have to wait until you're on the ward. That was six hours later."

She said she was embarrassed when she eventually got in to see a doctor, who "almost cried" when they saw it.

"I was so embarrassed by what had happened and the treatment I had had," the woman said.

"Over 24 hours of feeling like I was in a prison, and also being treated like I was a prisoner, as if I had done some awful crime that meant I wasn't treated like a human being."

She has made a formal complaint to the DHB but is yet to receive a response. 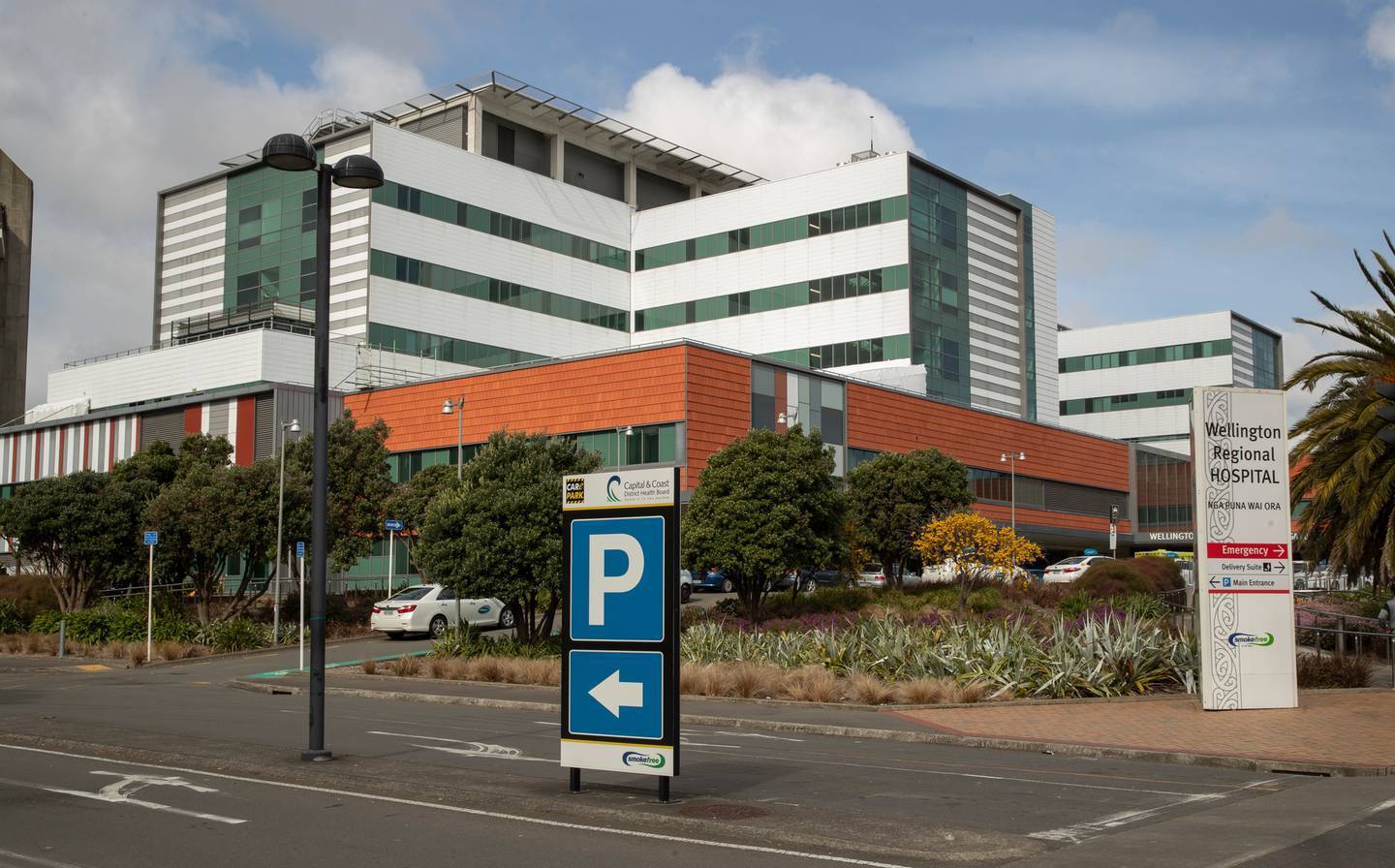 Capital and Coast DHB did not acknowledge the woman's case directly, saying they were unable to comment publicly while the complaint was being reviewed.

However Hutt Valley DHB and Capital & Coast DHB director of provider services Joy Farley said usually patients requiring admission can expect to be moved to a ward "in a timely manner".

"There are times, however, when high demand and occupancy can affect the flow of patients across our hospitals."

"As a tertiary provider, Wellington Regional Hospital often operates at a high rate of occupancy and there are also days where existing problems with bed blockages and patient flow are intensified by surges of patients."

"Te Pae Tiaki Wellington ED has 23 cubicles and, in recent weeks, has operated at over 100 percent occupancy – sometimes for several days at a time."

She said patients continue to be monitored while in the emergency department, and have access to food, water and fresh clothes.

"ED is also supplied with sandwich packs for patients – numbers supplied are based on average daily presentation numbers – and all patients have access to water, and to fresh attire if soiled clothing needs to be changed."

It's not the first time conditions at Wellington's emergency department have come under fire.

Last Winter CCDHB restricted ED to visitors as an outbreak of RSV pushed capacity to its limits.

In August a doctor told the Herald a woman with terminal cancer had waited more than 30 hours for a bed on a ward.

Nurses have also spoken out about feeling unsafe due to understaffing and overcrowding, and 11 nurses resigned in 10 days last July while health and safety concerns were being addressed.

And she said ED staff are often so stretched they don't have nurses to spare to tend to issues that are not life-threatening.

"A person who is still breathing and still managing to not have urgent priorities in terms of life and limb do tend to wait – and that's not right," she said.

"Nurses and doctors and health professionals hate making those choices but we've been forced into it over the years with the nurse and doctor shortages and the lack of funding in the health system, meaning there's not enough people to do the job.

"For anyone who has to wait, and suffer during that wait, it is unacceptable – but we have no choice."

She said it's traumatising – known to cause "moral injury" - for nurses who are forced to care for one patient over another.

"Nurses and doctors and health professionals, they go into a career like this because they want to make a difference, they want to help and they care about their communities and the people that live in them.

"They don't go to work not wanting to do a good job, and when they can't it tears them apart.

"We need the public to understand that we'll do the best we can in a context that is not of our making."

She said Wellington ED was not meeting most of its targets for waiting periods – including patients assessed as triage 2, meaning they had to be seen by a doctor within 10 minutes.

"They're waiting 24 minutes, putting them at huge risk," Daniels said.

She also said the ED had recorded a "Code Grey" last week, meaning they were at their limits, and one step away from Code Black.

"At Code Black, I believe the CEO is required to let the minister know because they're in total gridlock and they can't move their patients."

Daniels wanted to remind patients to seek emergency medical care if needed – and not hesitate to visit ED if their life was at risk.