A traumatised woman says she was left to starve for several days following major surgery at Auckland City Hospital because of a shortage of feeding machines.

Auckland District Health Board admits some patients went without food for up to 48 hours because of increased demand for the machines and has apologised for the woman's experience.

However, it denies leaving any patients to starve and says it had ordered 50 new feeding machines to plug the gap.

When feeding machines were unavailable, staff took other steps to ensure patients' nutritional and energy needs were met, including intravenous fluids or using an "alternative method of feeding".

The DHB could not say if alternative feeding was provided to the woman.

The 56-year-old woman - whom the Herald agreed not to name for privacy reasons - said for five days she was only given an intravenous drip of water, salt and glucose.

But the DHB says its records show no patient went without food for more than two days.

The woman said she lost 5kg and required a second surgery after developing an infection.

"Food is an essential thing and for our biggest hospital to not have enough machines available is just ridiculous," she told the Herald from her hospital bed.

The woman had surgery last month to remove her entire oesophagus after she had accidentally drunk a poisonous solution from drink bottle in the middle of the night nearly a year ago.

"My entire oesophagus had been burned and after a year of doctors trying to repair it, I had it removed."

The oesophagus shifts food from a person's throat to their stomach. After getting it removed a patient becomes reliant on a feeding pump to ensure they are getting nutrition into the body.

"The feeding machine became my source of food intake, my lifeline so to speak," she said.

But when she woke after surgery she discovered there were no feeding machines available and that she wasn't the only patient waiting for one.

"I kept saying, 'I'm hungry, I'm hungry' and the nurses relayed this in the most compassionate way. They said, 'There is actually five of you in hospital needing a feeding machine and there's none available'."

The woman said she hadn't eaten for 12 hours before her surgery, the operation was 11 hours long and she was starving when she regained consciousness.

She couldn't believe what the nurses were telling her but when she saw the angst in their faces she knew they were just as frustrated as she was, she said. 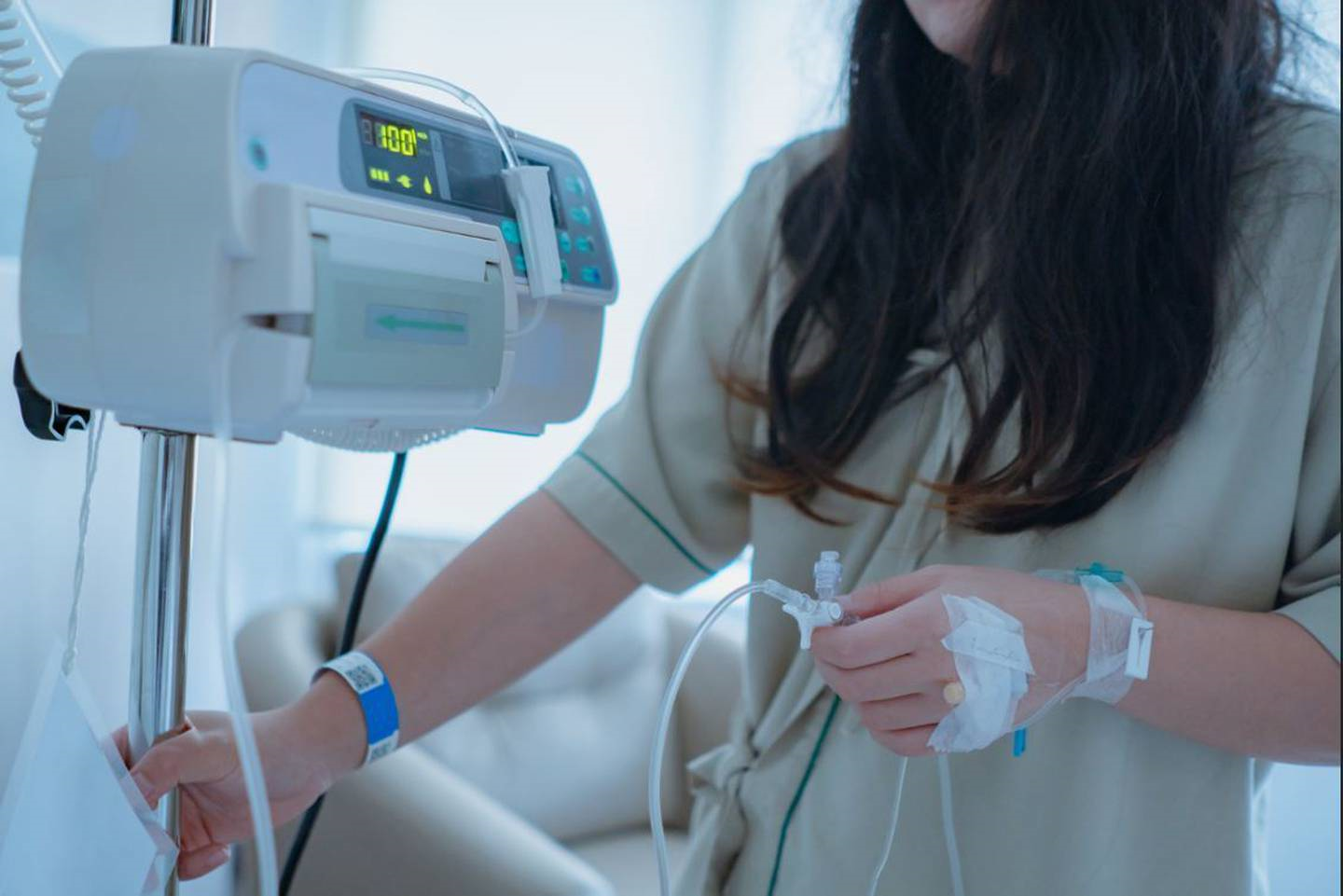 A woman says she lost 5kg and required a second surgery due to an infection after she was left to starve for nearly a week after a major surgery. (Photo /123rf)

"I didn't eat for five days. I was only on intravenous fluids, which is basically water only," she said.

Dietician Kath Eastwood said she couldn't comment without knowing more about the patient's details, but said the shortage of pumps illustrated how under pressure and stretched the system was.

"Greater investment, particularly in primary care and prevention is needed to keep people out of hospitals," Eastwood said.

A DHB spokesman said patients were not at risk.

"I want to make it really clear that we have not left patients to starve. Ensuring our patients have access to the right nutrition to enable them to recover while in hospital is a priority for us."

Asked to comment on demand for feeding pumps, the spokesman initially said that "records" showed no patient had waited more than 24 hours.

But after putting the woman's specific allegation's to the DHB, including her waiting up to five days without food and losing 5kg as a result, director of provider services Dr Mike Shepherd said no patient had waited more than 48 hours to be fed, according to hospital records.

"We were sorry to hear of this patient's experience."

However, he said there had been some delays in accessing feeding pumps in June because of an overall rise in hospital occupancy levels.

"We took immediate steps to manage increased demand for feeding pumps. We ordered 50 new pumps which arrived in July, bringing our total to 180 feeding pumps in our hospitals and reducing waiting times," Shepherd said.

Patients and whānau were encouraged to talk to the DHB directly about any concerns they had, or to contact the Health and Disability Commissioner.

Health Minister Andrew Little declined to comment, saying it was a clinical matter.