Just seven cases of long Covid have been accepted by ACC, and there are concerns ongoing health issues caused by the disease will leave people unable to work and facing severe financial hardship.

Data from ACC shows only 73 claims for Covid have been made since the start of the pandemic despite more than a million New Zealanders officially contracting the disease, and fears the actual number could be three times that.

There are concerns long Covid will create a workforce shortage.

Research in the United States attributes 15 per cent of job vacancies to long Covid, while a Lancet study found 46 per cent of people with long Covid reduced their hours of work.

Sufferers have told the Herald of symptoms such as "brain fog", breathlessness, chest pains, fatigue, headaches, joint and muscle pain and others dogged people for months after they were classed as "recovered".

The figures show ACC has only accepted 16 claims for Covid - including the seven long Covid cases - and all were people found to have contracted the disease at work.

ACC says 11 of those granted ACC cover were health workers, while it rejected another 15 work claims and 37 non-work claims. There are four work-related claims on which it has yet to make a decision and one non-work claim still under consideration.

The Ministry of Health has officially recorded 1,134,554 people having had Covid-19 since the pandemic began, but modellers estimate the actual number could be up to three times that.

A study by the United Kingdom's Office for National Statistics found 1.7 million people (2.7 per cent of the population) were suffering long Covid, while earlier work estimated one in 10 people had symptoms last 12 weeks or longer.

Jenene Crossan, of the Long Covid Aotearoa Support Group, said she believed about 200,000 people were currently experiencing health effects from their Covid-19 infection.

"For people who have mortgages, they're going backwards. From within the group, the single biggest issue outside their health is 'how am I going to make ends meet?'."

Crossan said those with long Covid felt they struggled to be believed by employers and were often pressured into returning to work before they were healthy, leading to worse health and eventually mental health issues such as anxiety.

She said necessary changes included GPs coding people as having ongoing Covid-19 issues, which would allow data to be gathered, needs assessed and support to be targeted. She said there was also a need to provide financial support beyond benefits for those unable to work at the same level as previously.

"This is going to drop a whole bunch more people out of the workforce. This is probably the biggest issue New Zealand is going to face in the next two years."

Specialist ACC lawyer Phil Schmidt, a partner at Schmidt and Peart Law, said he would have expected more than 16 claims to have been successful and suspected a lack of knowledge was behind the low number.

However, he said it wasn't an easy claim to succeed in and those with which he had success rested on being able to show the disease was contracted at work.

He said a successful claim needed to show it was more likely than not the disease was caught as a result of their work, that there was no relevant exposure elsewhere and that the worker had a greater risk than the general population.

Schmidt said workforces most likely to have claims would be those at MIQ, on border security, working on aircraft or health workers. It was also more straight-forward when it was possible to trace the strain of the virus.

"Are there going to be significant numbers of New Zealanders who are going to be able to satisfy these tests because of their work? Yes, of course there are."

University of Auckland law professor Jo Manning, who specialises in ACC law, said the Omicron outbreak would make it more difficult for people to prove an infection happened at work.

"If infection happened during elimination or a period when Covid was very low in prevalence in the community, a health worker could well be able to establish infection from their work environment and could be covered. It would be harder to establish the criteria now, when we have accepted community spread."

NZ Nurses organisation kaiwhakahaere Kerri Nuku said she had surveyed regional and senior union members on ACC and none were aware of any claims made - largely because they did not believe it possible. 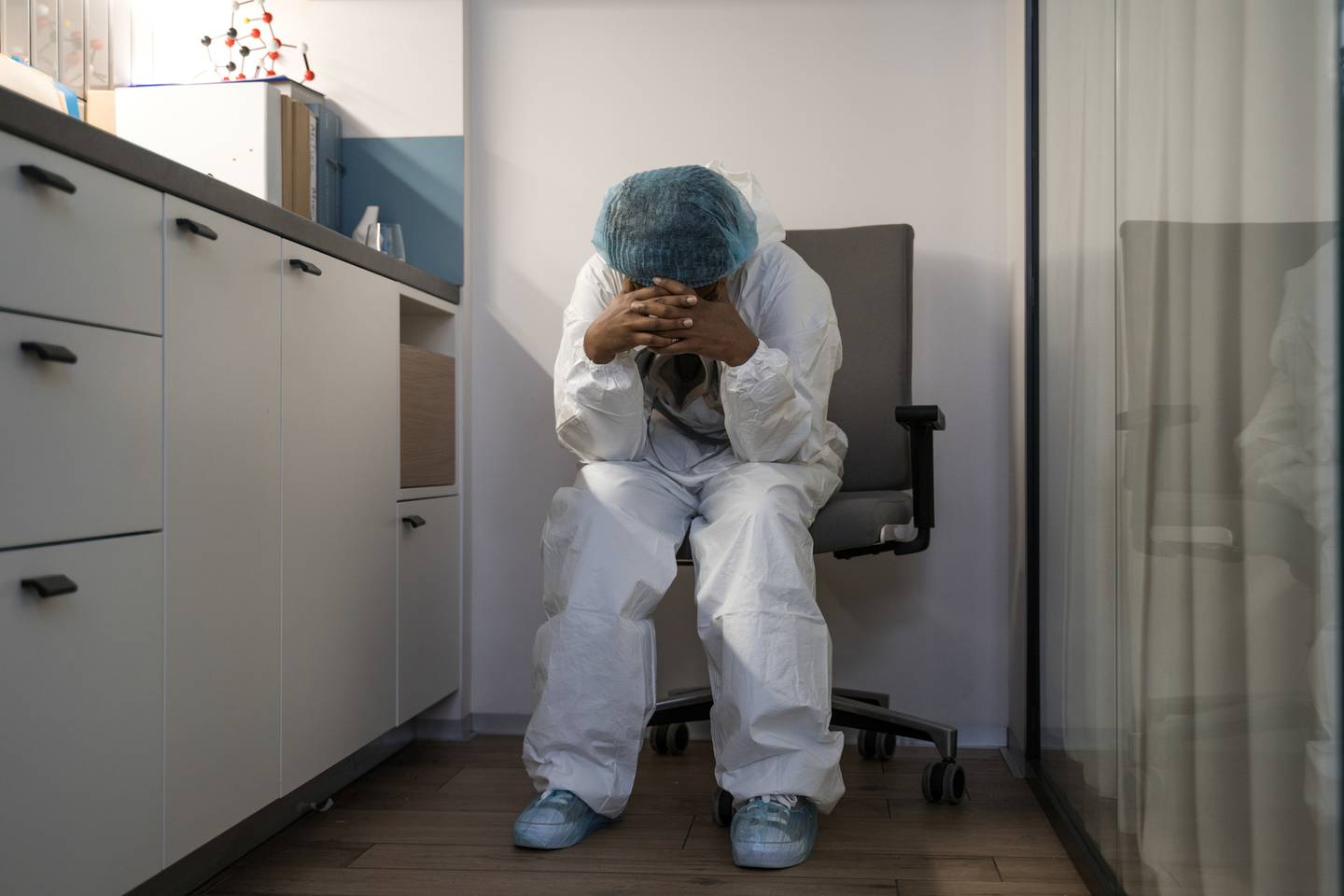 Nurses have been returning to work too early after having Covid, says their union. Photo / 123RF

Nuku said increasing numbers of members were being diagnosed with long Covid. She said the shortage in the health workforce during the Omicron surge had led to nurses being urged to return even while symptomatic - a push that was contrary to advice that returning to work too early could lead to long Covid.

"It did mean nurses weren't recovering - there is no time for nurses to recover."

Victoria University epidemiologist Dr Mona Jeffreys said the low number of ACC claims was likely because people were unaware they could be compensated.

"The idea that number of claims has been accepted by ACC is a joke. I'm just appalled by how low those numbers are. I'd heard it was small but not so ridiculously low."

She said it posed difficulties for those who ate through sick leave and were still unable to return to work.

"For a lot of people it's going to be out the door just like that. If they don't have savings or family to fall back on, you're faced with no job and this terrible cost of living."

"Long Covid is an emerging category of illness," he said.

ACC minister Carmel Sepuloni said there were no Government plans to expand ACC cover. She said the law defined what was considered an accident and excluded a virus from that definition.

"Amending these provisions is not something the Government is looking into."

Former Air NZ steward Daniel Lavender lost his job in a planned redundancy shortly after contracting Covid-19. He picked up the virus in China while on a stopover, contracting a strain that wasn't in New Zealand. 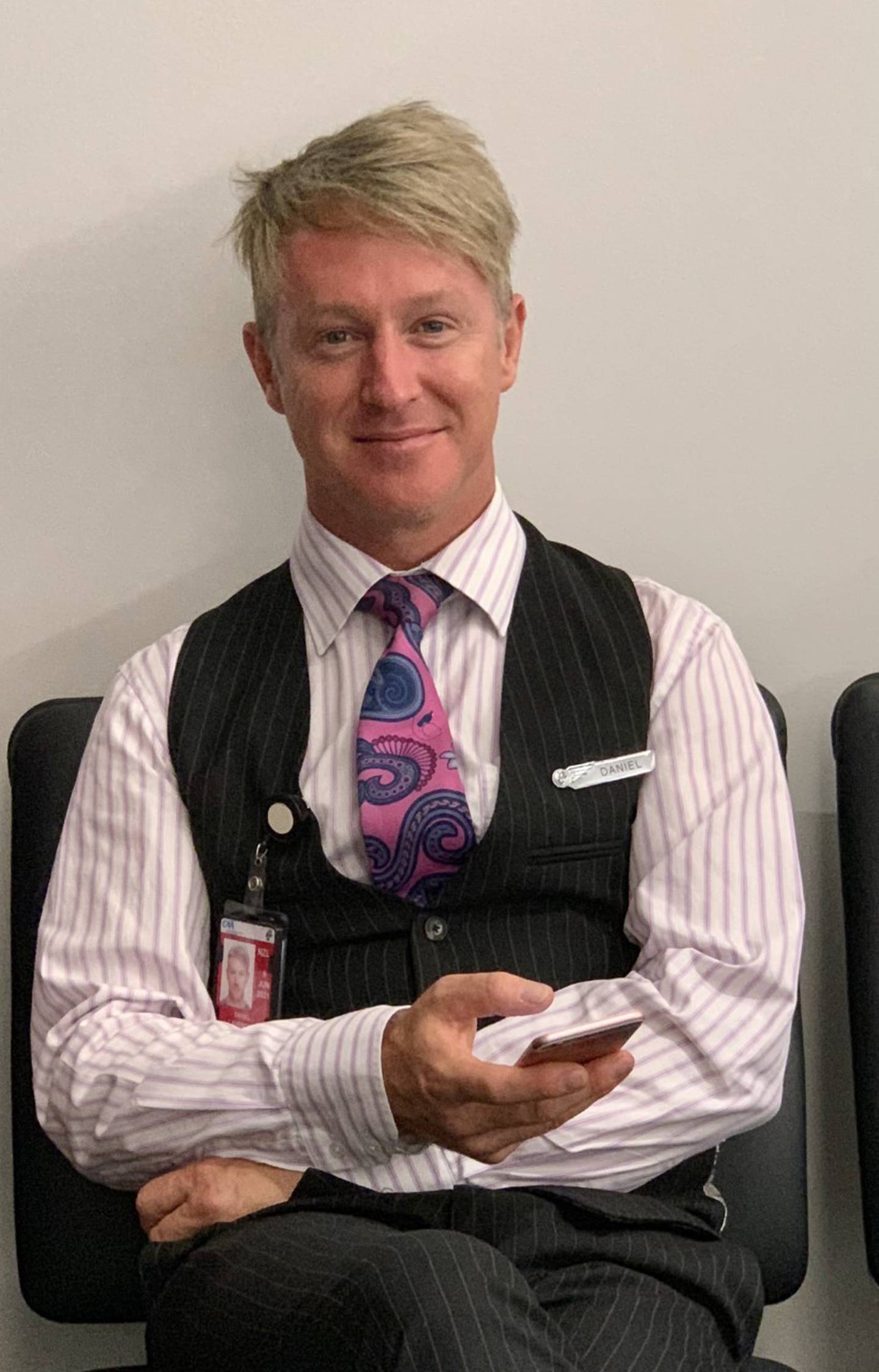 A bid for support through Air NZ as a self-accredited ACC provider was unsuccessful.

He said the need to earn money meant he returned to work faster than he believed he should have and was at least partly responsible for lingering health effects. Ongoing health impacts meant he recently revived his case for ACC with the support of E tū union.

Lavender, who flew international for 20 years, said he would have periods of good health and then spiral downwards.

"The vocab disappears quite quickly and the ability to stay focused on a task and have clarity is completely taken away."

Air NZ was approached for comment. It has previously said it made the right decision declining Lavender's bid for cover and worked to protect its staff from Covid-19 and support those who contracted it.

ACC said the seven cases were those with more than 12 weeks between when a claim was registered and the last payment date for medical treatment or weekly compensation on the claim.

The label "long Covid" was attached to those claims by the Herald using the Ministry of Health's 12-week measure.