The Health Ministry's insufficient planning, misrepresentation of capacity and poor communication are to blame for the Covid-19 PCR test debacle that caused more than 30,000 tests to be rendered almost useless, according to a new report.

In March, director general of health Dr Ashley Bloomfield apologised to the public and commissioned a review into how the country's laboratory services were overrun during the Omicron outbreak earlier this year.

By March 1, a backlog of 32,000 test samples older than five days had accumulated that laboratories advised would be destroyed due to their "reduced clinical relevance and/or viability".

The review, conducted by Allen + Clarke, found the Ministry of Health had not sufficiently planned for the increased pressure laboratory services would be subjected to, despite evidence from overseas.

It also found ministers and top health officials were inadequately briefed on New Zealand's testing capacity, which led to a delayed response.

In a statement, Bloomfield acknowledged the failures highlighted in the review.

"It's clear from the review's finding that, we could – and should – have done better on
measuring and communicating lab capacity at that time," he said.

"When I became aware of these inconsistencies, I informed ministers and worked with our testing team to ensure we could provide a more consistent and accurate picture of capacity that carefully considered the impact of Omicron."

The review proposed nine recommendations, ranging from developing a plan on the future use of PCR testing and establishing greater transparency and national coordination in the country's laboratory services.

Bloomfield said work was "well under way" to implement the recommendations.

He emphasised the review's findings were not the fault of laboratory staff that had processed more than 7 million PCR tests during the pandemic.

"That's a mammoth effort – and I want to personally thank laboratory staff across the motu for their ongoing commitment to the health of all New Zealanders. "

New Zealand Institute of Medical Laboratory Science president Terry Taylor said the issues highlighted in the review had plagued the industry since 2006. He said a lack of national authority on capacity had meant laboratory staff were caught in between "political expectation and real time system failures".

A primary factor in the backlog of tests was due to higher positivity levels experienced in the Omicron outbreak earlier this year.

As more people tested positive, laboratories were unable to pool tests - a technique used in the Delta outbreak.

At lower levels of positivity, many tests could be processed at one time (pooled) and those batches that came back positive would then be looked at further to determine what ones were positive.

However, this method was made largely redundant as the percentage of people testing positive grew, meaning more time was required to process tests.

The review found reporting of capacity to Bloomfield and Government ministers relied on pooled sample numbers and did not signal a period where demand for testing exceeded
single test capacity, despite modelling predicting this. Demand for testing was high across many stages of the pandemic. Photo / Dean Purcell

"By the time clarity on single test capacity was provided to ministers, the backlog had already accumulated," the report said.

"This left the director general and ministers with limited ability to anticipate or plan for a period where demand may exceed capacity."

It was also discovered the ministry's Testing and Supply Group didn't successfully convey the significance of higher positivity rates and was therefore not included as a critical factor in decisions to shift between pandemic response phases.

Taylor, who had been consistently vocal about the pressure being placed on laboratory staff, said the stress felt by the system was predictable.

"For the dedicated and hardworking but always understrength frontline of dedicated medical laboratory scientists and technicians, the testing capacity situation in February was always going to happen.

"This group of consistently under resourced and respected health professions bore the brunt of being caught in between political expectation and real time system failures." 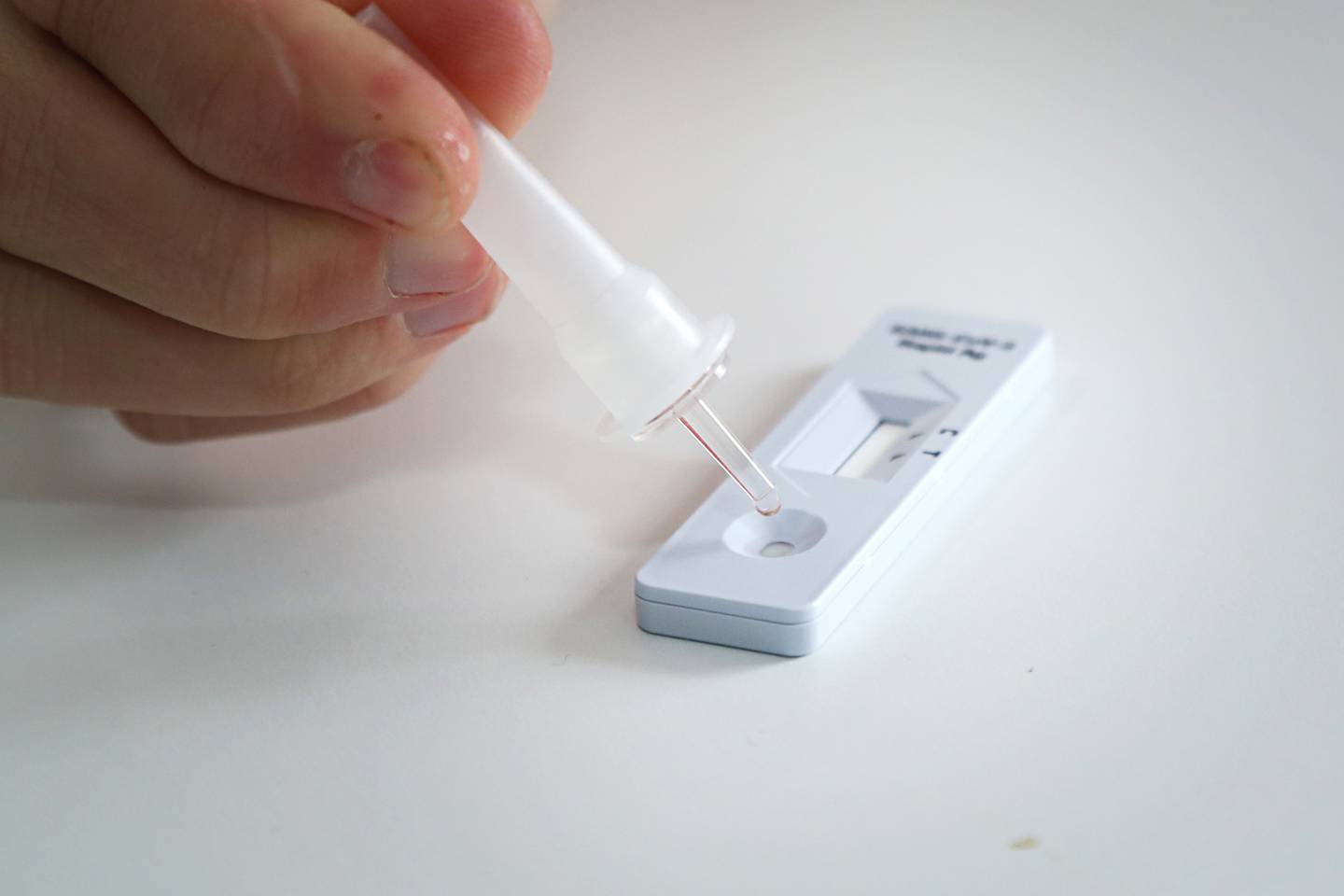 A shift from PCR to rapid antigen tests was necessary after the system became overloaded with unprocessed tests. Photo / NZME

He criticised the inaction following calls for an expert independent diagnostic laboratory specialist that could "direct and override existing financial and service barriers" between lab providers.

"The total reluctance to acknowledge that expert specialist medical scientists do understand more about national laboratory testing than politicians, health officials, medical doctors, mathematical modellers, and epidemiologists was obviously too bitter a pill to swallow."

The review's recommendations included analysing the resourcing model of the Covid-19 Testing and Supply Group to address any capacity deficits and enable the group to manage current workload.

It referenced the creation of Health New Zealand and the Māori Health Authority as an opportunity to review the approach to contracting laboratory services to facilitate greater
transparency and national coordination in a pandemic.