An Auckland doctor is expressing his frustration over delays to arm general practices with Covid vaccines which leaves vulnerable people unprotected.

Dr Nicholas Cooper, a GP of 30 years, cares for about 1850 patients from his practice which shares his name in Epsom.

Cooper, together with practice manager Sharron Dorset, went through weeks of mahi (work) in March as part of a proposal to receive and administer the Pfizer vaccine.

However, neither Cooper nor Dorset had heard anything from the Ministry of Health - with New Zealand only a week away from the general public vaccine rollout.

As a consequence, a significant number of Cooper patients - some in the country's second priority group for the vaccine - had refused requests to make a booking as they wanted to be immunised by their GP. 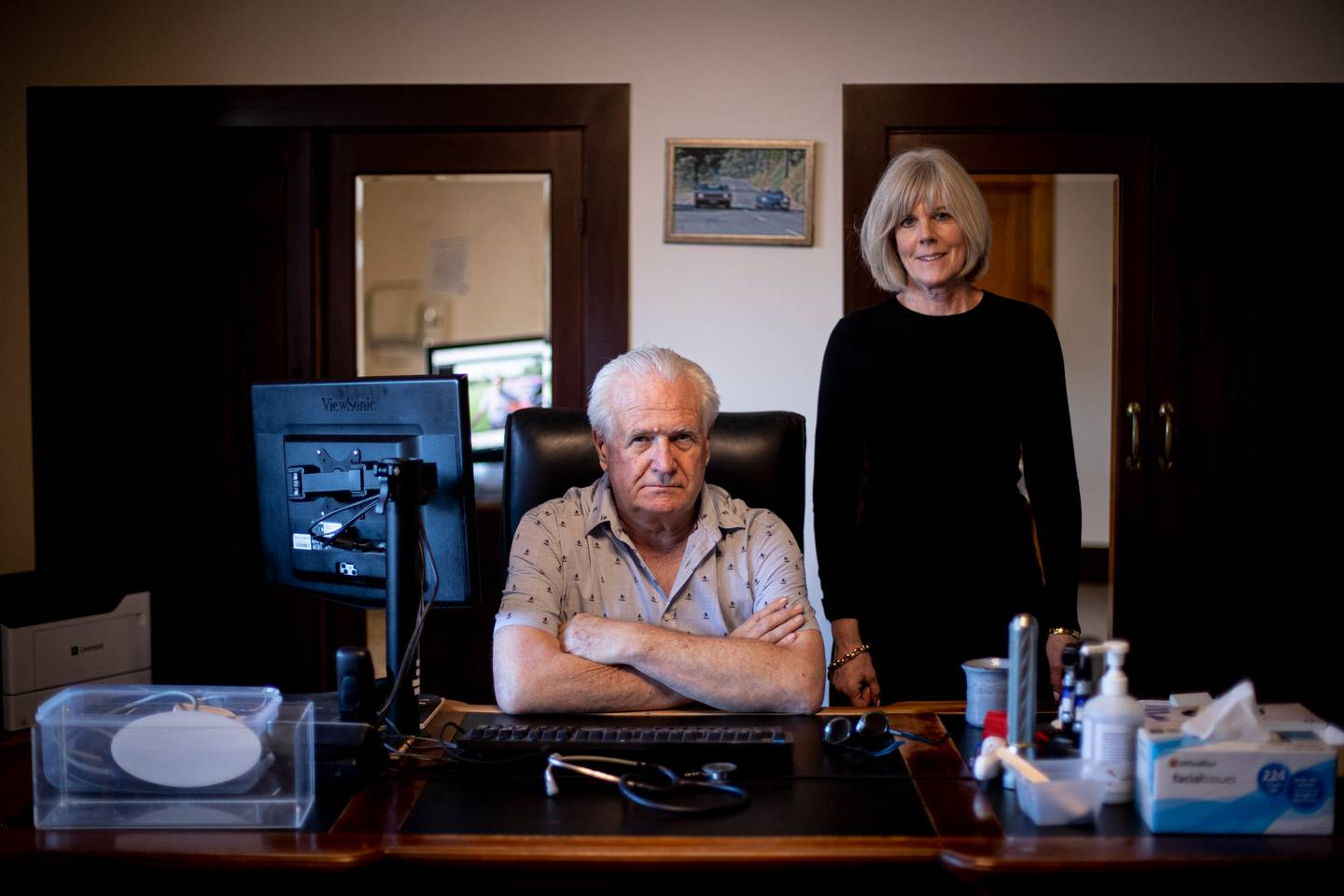 "They're people who should be vaccinated, so it's a shame that it's not happening here," he said.

"We work closely with our Primary Health Organisation (PHO) partners to determine which areas and practices to prioritise based on the criteria. We are working hard to get GP practices to go live as quickly as possible."

He said not all GPs expressed an interest in offering vaccinations or met the current criteria which included targeting at-risk communities, maintaining day-to-day operations and satisfying quality assurance requirements.

Cooper explained many of these patients, often older people, were less eager to be vaccinated by someone they didn't know and preferred to deal with him, whom they'd been treated by for many years.

He said his practice had been left "in the dark" by the ministry, and he more often received new information through the news media rather than official health channels.

Cooper believed vaccine supply constraint was a chief reason why more GPs hadn't been integrated with the vaccine rollout. GPs in South Auckland had been prioritised in accordance with the national rollout scheme.

But with few GPs engaged, Cooper said it sent a message that immunisation through primary care was not valued.

"I've got to think to myself, do I want to spend a lot of money and time on keeping up with immunisations because the ministry's going to have its own vaccination centres, why should I put energy into it?"

"There's concerns about the number of children who aren't being vaccinated against measles at the moment, it's being set up for another measles epidemic so I think immunisations are far too important to be mucking around with."

His criticisms notwithstanding, Cooper said it was important to recognise New Zealand's handling of the pandemic had far excelled other countries around the world.

Dorset, a practice manager of about 18 years, said their proposal to administer vaccines involved updating their website and email capabilities, supplying patient demographic lists and creating a plan of how vaccinations wouldn't interfere with everyday business.

She said her practice was in the same boat as many others in Auckland.

"Everyone around us has done everything they possibly can and are waiting, and we're still waiting." He pointed to New Zealand's 20 district health boards as a key problem, given different DHBs had different processes by which GPs could start administering vaccines.

"I think that lack of consistency has been one of the issues."

Betty said the Government's early disregard of GPs as part of the vaccine rollout reflected the historic undervaluing of primary care in New Zealand.

He said Cooper's comment about not investing in immunisation was a "really concerning" sign, given how vital GPs were in national immunisation programmes.

Nationally, 96 per cent of the population was registered with the roughly 1000 practices around the country.

There were up to 380 practices in the greater Auckland region - 168 (850,000 people) affiliated with one of the country's largest primary health organisations, ProCare.

Currently, just 11 ProCare practices were administering vaccines with the plan to add 21 more in the coming weeks.

Last week, it was announced primary health organisations (PHOs) in Auckland would manage how GPs were involved in the vaccine rollout, taking over from the NRHCC. ProCare chief executive Bindi Norwell said the decision was made because PHOs were better suited to communicate with GPs.

However, she conceded the process had been frustrating for those members who hadn't received vaccines and were desperate to see their patients better protected against the virus.